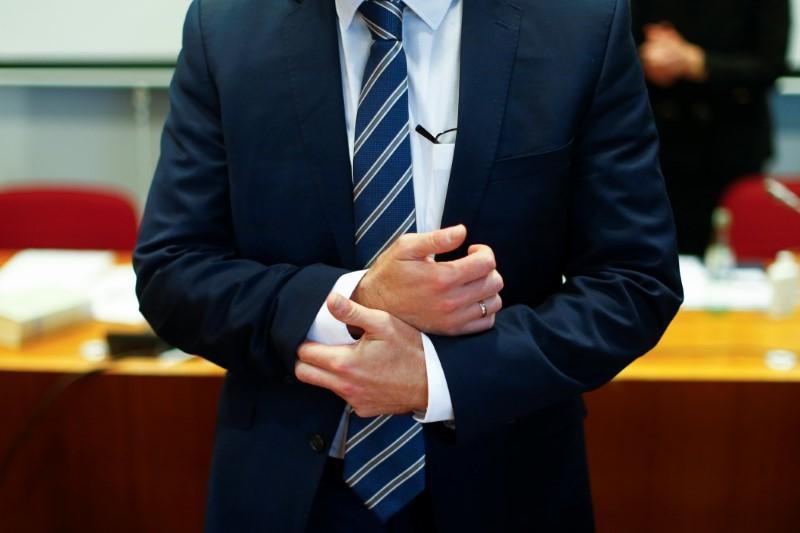 The ruling is the first criminal conviction for what judge Roland Zickler dubbed “a collective case of thievery from state coffers”, activity that thrived during the years after the financial crash and as banks were bailed out by the state.

“Do we all want to live in a world where everyone is ripping each other off?,” Zickler said on Wednesday, addressing the defendants.

The trial comes after a years-long probe into the sham trades, fuelling a public outcry over the government’s failure to stop a scam that cost Germany more than 5 billion euros. Experts believe most of the money will not be recovered.

The conviction, however, potentially paves the way for the prosecutions of others in the network of big global banks, hedge funds and investors who profited. “There will be further trials,” said Zickler.

The German court is preparing to set up as many as nine court chambers to deal with the extra workload, a person familiar with the matter said, although this will likely be delayed by the coronavirus outbreak.

The court ordered Shields to pay 14 million euros, clawing back profits he had made. He received a suspended jail sentence of one year and 10 months. The judges imposed a one-year suspended jail term on Diable.

“I have made mistakes,” Shields told the court during the trial. “I have learned my lesson.”

Diable told judges that his wedding, honeymoon, career and birth of his children had been overshadowed by the investigation, expressing regret that he had taken part in the so-called “cum-ex” scheme.

Judges also ordered MM Warburg, a bank part-owned by one of Germany’s oldest banking dynasties that profited from the scheme, repay 176 million euros. A spokesman for the bank said it would appeal the decision.

During the trial, Shields had told the court how he earned millions of euros from deals involving “astronomical” trades that prosecutors said were a means to make bogus tax reclaims.

The engineering graduate told judges that he had earned 12 million euros from the trades that often were bigger than the entire market value of the companies they targeted.

Shields said the trades involved were so vast that it caused financial market mishaps because it was often not possible to find and match buyers and sellers in time.

Throughout the trial, Diable, had described his work as that of a salaried technician with a focus on getting trades done rather than a mastermind.

He told judges about his modest start in the City of London, inputting data, taking lunch orders and going through rituals such as running through the office as colleagues threw things at him. He said he had no reason to believe cum-ex was illegal.

He later became a trader and worked with Shields at a German bank, before following him to Gibraltar, when Shields set up his own company.

He told the court how he entertained customers and contacts in “bars and restaurants” in London and Germany’s Oktoberfest beer festival.

The case was closely followed in London and Frankfurt, where much of the trading was organized, according to bankers and court documents.

The scheme involved trading shares rapidly around a syndicate of banks, investors and hedge funds to give the impression of numerous owners, each entitled to a bogus tax rebate.