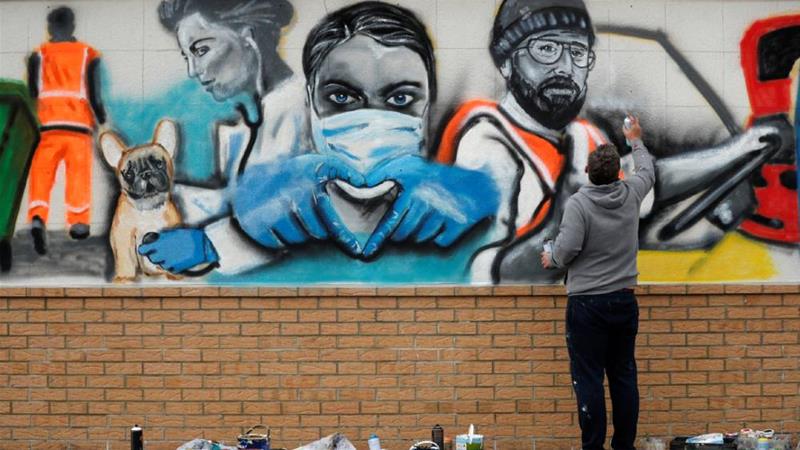 British cabinet ministers who join the weekly applause for key workers are “only too happy” to back immigration reforms which suggest thousands of front-line health service staff are “unwelcome in our country”, according to the opposition Labour party.

The UK government’s new immigration system, proposed in the middle of a global pandemic, “sends a signal” that anyone earning less than 25,600 pounds ($31,200) is “unskilled”, said shadow home secretary Nick Thomas-Symonds.

Nurses, doctors, shop workers, refuse collectors and local government staff who came to the United Kingdom from overseas have been central to the coronavirus response, he said. But many would be ineligible under the new scheme.

His criticism came as MPs backed measures to repeal European Union freedom of movement rules in the Immigration and Social Security Co-ordination (EU Withdrawal) Bill, which cleared its first hurdle after receiving a second reading by 351 votes to 252 – majority 99.

“It gives the government the powers needed to deliver an immigration system that is firm, fair and fit for the future, the points-based system the public voted for, a system that will support our economic recovery by prioritising jobs for people here in the UK while continuing to attract the brightest and the best in terms of global talent.”

But Thomas-Symonds replied: “In the midst of this crisis the government is putting forward an immigration system containing a salary threshold of 25,600 pounds – it sends a signal and tells people that anyone earning less than that is unskilled and unwelcome in our country.”

Thomas-Symonds said the earnings of front-line workers did not reflect their contribution to society, adding: “Those who clapped [for carers] on Thursday are only too happy to vote through a Bill today that will send a powerful message to those same people – that they are not considered by this government to be skilled workers.

“Are shop workers unskilled? Are refuse collectors? Are local government workers? Are NHS staff? Are care workers? Of course, they are not.”

SNP immigration spokesman Stuart McDonald criticised the “dreadful” legislation, saying: “It’s a Bill that will result in many thousands of EU nationals losing their rights in this country overnight and which will extend the reach of the hostile environment still further.”

Yvette Cooper, Labour chairwoman of the Home Affairs Committee, said she believes the legislation was “flawed”, but that she would not oppose it, as immigration legislation was needed. She will put forward amendments which she hopes will receive cross-party support, she said.

“In that cross-party spirit, I will not vote against the Bill tonight, although if the government’s approach does not change, I would expect to oppose it when it returns to the House.”

Labour’s Diane Abbott, a former shadow home secretary, said the legislation was “bad in principle, bad in practice” and described it as a “slap in the face for the thousands of migrants, including EU migrants, working so hard for the NHS and care sector in this time of COVID crisis”.

In February, the government announced proposals for the new system, with points awarded for specific requirements such as being able to speak English to a certain level, having a job offer from an approved employer and meeting a salary threshold.

Other points could be awarded for certain qualifications, and if there is a shortage in a particular occupation.

A visa allowing doctors, nurses and health professionals from overseas to work in the NHS was introduced in March.