Britain will see showers in most parts of the country, with a weather front coming from the north of Scotland, BBC’s Carol Kirkwood said. The weather presenter warned temperatures will remain below the season’s average amid the hurricane season. But sunshine will also appear throughout Tuesday between patches of rain, with some dry spells expected in eastern England.

“There will be showers this morning across Scotland, which could turn thundery.

“And we’ve also got further showers coming from the North Channel across the Midlands and Wales. You can see some also found in the east coast.” 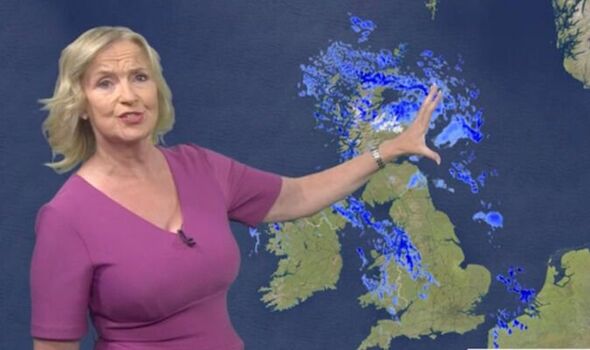 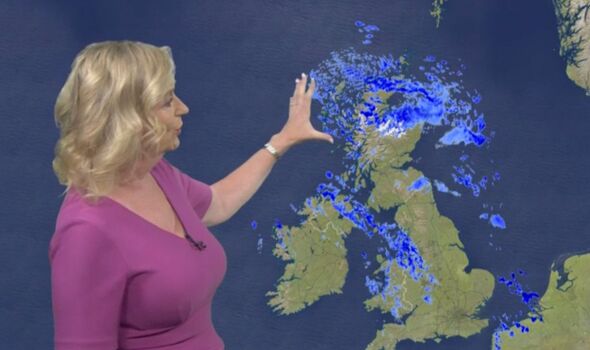 However, some parts of the country – especially eastern England – will see some dry spells in between showers.

“And through the day, a weather front skirting past the South West [of England], will bring in thicker cloud and some rain to southwest England and potentially the tip of Pembrokeshire, as well.

“It is going to be another windy day, too.” 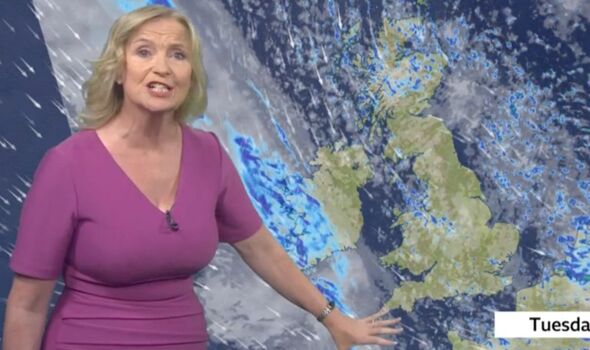 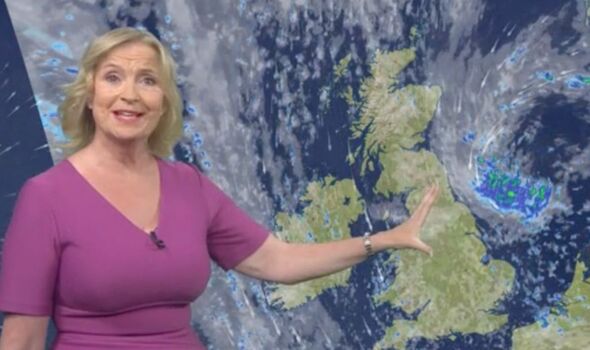 “And that will take the edge off those temperatures, which are below par for this time of the year – eleven to about seventeen degrees celsius.

“Now heading on into the evening and overnight, a weather front continues to bring rain for a time across the southwest, then into the Channel islands where it could also be thundery by the end of the night.

“And we have further showers crossing Scotland. Some clear skies and another cool night.” 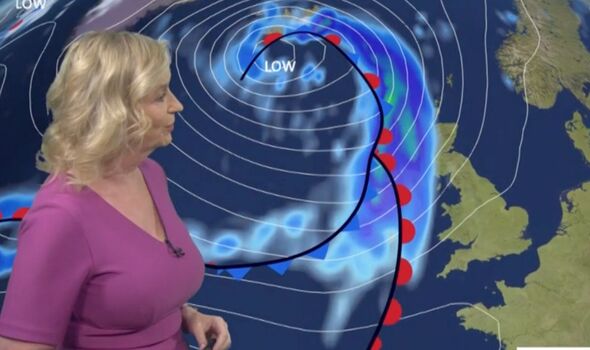 Wednesday is forecast to be drier, with the weather front bringing some showers in northeast Scotland drifting down to East Anglia. Temperatures will remain abnormally low for the season.

Thursday will also see showers in the far south but the rest of the country will be mostly dry.

BBC’s Carol Kirkwood also forecast an active area of low pressure on Friday “which has nothing to do with the hurricanes”, bringing cold weather and rain into Britain.