UK says it has ordered 3.5 million antibody tests that could be delivered to households by Amazon. 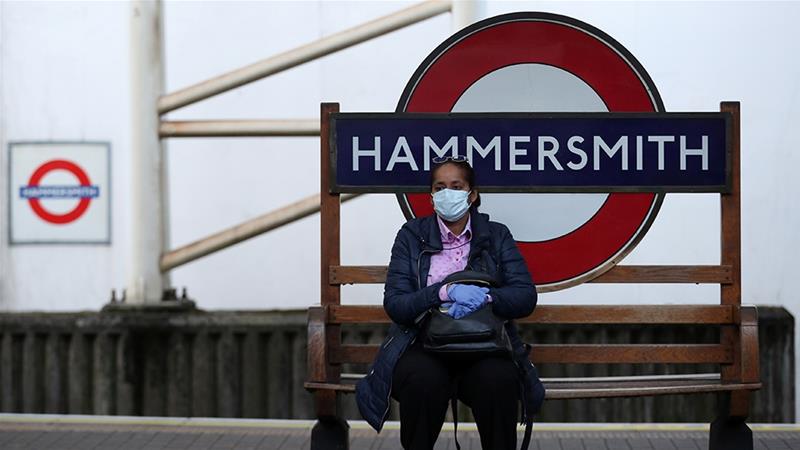 The United Kingdom will have test kits available within days to be sent to households to establish whether people have contracted the new coronavirus and developed immunity, a health official said on Wednesday.

Sharon Peacock, interim director of the National Infection Service, said that millions of the antibody tests had been ordered, and depending on their exact form, some might be able to be administered without leaving home.

The tests are designed to establish whether people have previously been infected with coronavirus, as opposed to antigen tests that show if someone has the virus as they are experiencing symptoms of COVID-19, the disease caused by the coronavirus.

“These are brand new products. We have to be clear they work as they are claimed to do,” Peacock told lawmakers.

“Once they have been tested, and that will happen this week, once the bulk of tests arrive, they will be distributed into the community,” she said, adding that they could be delivered via Amazon.

“Testing the test is a small matter, and I would anticipate that it would be done by the end of this week.”

She said there were various different models, and some might require people to go to a pharmacy.

Peacock said she thought any charge for the tests would be minimal and although she declined to say they would be available by next week, she confirmed that they would be ready in days rather than weeks or months.

Health minister Matt Hancock said on Tuesday that the government had bought 3.5 million of the tests.

At a daily press briefing on the coronavirus crisis on Wednesday, Prime Minister Boris Johnson and his specialist medical advisers confirmed the government was working on increasing the rate of testing, prioritising health workers.

Al Jazeera’s Rory Challands, reporting from Lewes, said: “It might be a little while longer until the general population can have enough tests.”