The UK’s national weather service issued a warning affecting north east Scotland between 3am and 10am on Wednesday. The yellow thunderstorm alert even warned some areas may face “flooding and disruption” due to conditions.

It is thought there is a “small chance” of homes and businesses being affected.

There is also a “small chance” of a danger to life.

The Met Office said: “Further bands of heavy rain and thunderstorms are likely to affect parts of north and north-east Scotland on Wednesday morning. 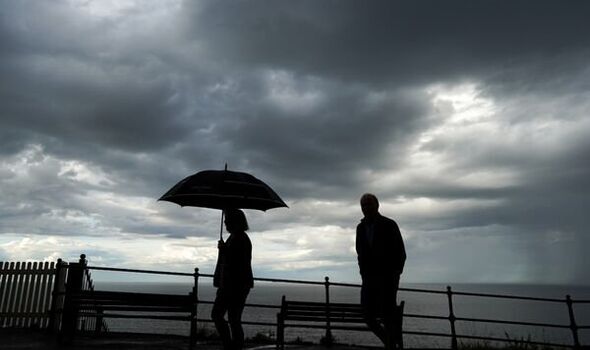 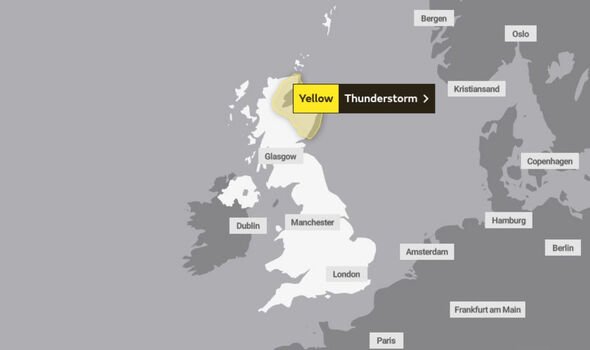 “Lightning and hail may be additional hazards.”

Angus, Aberdeen, Aberdeenshire, Moray and Highland are also expected to be affected by the adverse conditions.

The Scottish Environment Protection Agency also issued a total of 11 flood alerts and warnings north of the border. 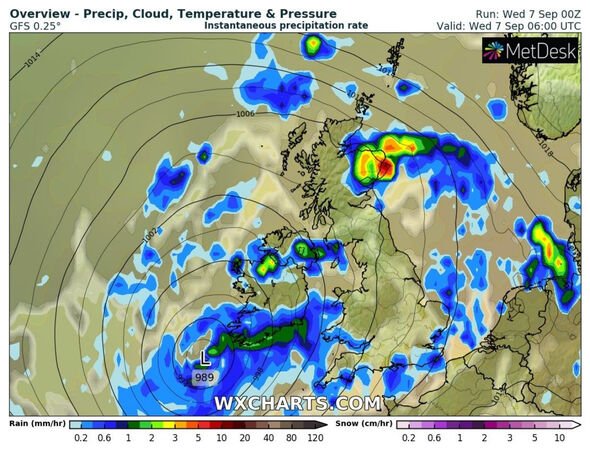 Warnings have been made in Kinnaird/Bridge of Dun, Finavon & Tannadice, the River Isla at Coupar Angus, Bridge of Ruthven to Leitfie and Aberbothrie.

The Met Office’s wider forecast warns of unsettled weather across the UK.

They said: “A mixture of sunny spells and scattered showers, some of which will be heavy with a risk of thunder. Remaining windy in the south and west.

“Showers easing inland for many but further showery bands running north across the southern Britain and northern Scotland. 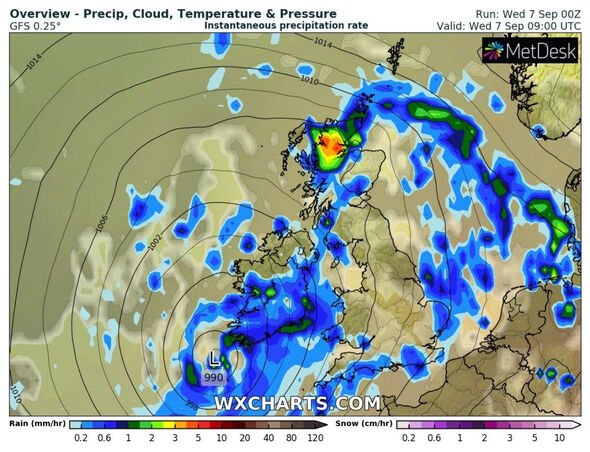 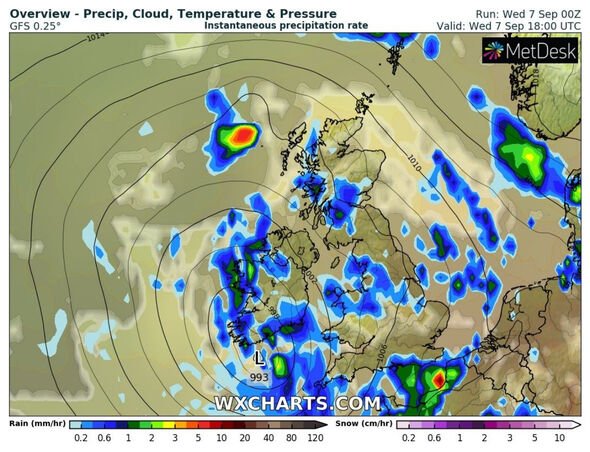 “Clear spells in between. Breezy in southwest and far north.”

Looking ahead to later this week, the UK’s national weather service added: “Further showers and thunderstorms in south, mainly dry with variable cloud elsewhere with an increasing risk of heavy rain across northeast England and eastern Scotland later.

“Showers on Friday will be occasionally thundery, but will become lighter and less widespread on Saturday.

“Thicker cloud and rain possibly spreading from the southwest on Sunday. Temperatures around normal.”