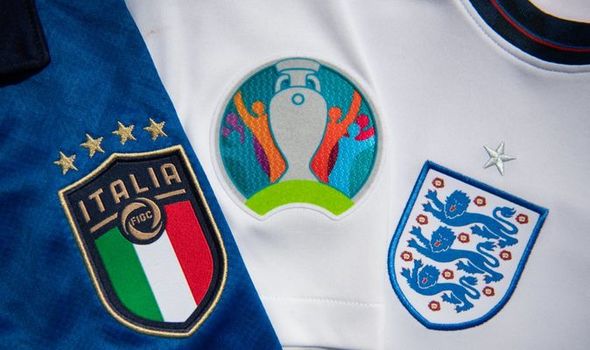 Emma Raducanu winning the US Open (20 percent) was also popular, as was Piers Morgan storming off the set of Good Morning Britain (13 percent).

Other top moments of the year include Adele’s comeback, Cristiano Ronaldo rejoining Manchester United, and the infamous Zoom meeting with Jackie Weaver and Handforth Parish Council.

Carried out before the Downing Street Christmas party scandal broke, the poll was commissioned by “all-you-can-read” digital magazine and newspaper app, Readly.

You can test your own knowledge of the big events of 2021 by taking part in the “Readly Quiz of the Year”.

Behavioural psychologist Jo Hemmings said: “2021 has been a year of great sporting moments which have united the nation.

“Yet continued public health issues, bizarre events and uncertainty has led to many of us experiencing highs and lows and worries about what might be coming next.

“Challenges such as working from home, limited social events, and fewer connections with friends and family have been evident again this year.

Whilst there are many topics our readers want to read more on, there are certainly some we’re all pretty ready to leave behind as we look forward to a fresh start in 2022

“But one thing many of us have learned is to take our fast-changing news in “worry windows”, on a need-to-know basis – rather than watching rolling news or being on social media all day.

“We can decrease our levels of stress hormones, adrenaline and cortisol, by listening to soothing music and immersing ourselves in a magazine or newspaper of our choice, which gives us balance as well as pleasure, releasing our reward hormone, dopamine.

“It’s all about self-care and indulgence in difficult times.”

The study also saw Marcus Rashford named “hero of the year”, picking up 31 percent of votes.

Musicians Adele and Ed Sheeran also came in the top 10, as did Sky Brown, the 13-year-old Olympic skateboarder.

The villain of the year, meanwhile, was former US President Donald Trump, chosen by a huge 44 percent of adults.

The study also found eight in ten adults consider themselves “up to date” when it comes to current events.

But 37 percent of those working from home admit to missing the “water-cooler” moments to chat to co-workers about items in the news.

Those polled estimate they have five conversations per month about big news stories, while just under a quarter (23 percent) tend to share the major developments on social media.

When a big piece of news does happen – for example, comedian Sean Lock passing away in August – 12 percent heard the news from a TV broadcast.

More than one in ten (11 percent) found out through social media, while seven percent read about it in a digital newspaper or magazine, or heard it on the radio.

And just three percent heard about it during an in-person conversation.

When it comes to topics Brits simply don’t want to hear about anymore, Prince Harry and Meghan Markle topped the list – joint with hearing about Love Island.

Four in ten of those polled are fed up with hearing about YouTube personalities – and another third don’t want to read anything else about cryptocurrencies.

Chris Crouchman, of Readly, which has 6,300 titles, said: “There has been much appetite for news this year across our portfolio of digital magazines and newspapers.

“Insights from the app show that people are also seeking inspiration and wanting to read about categories such as running, cycling and fitness, home & renovation, and TV, film and cinema.

“However, celebrity & entertainment remains the most read category among Brits this year.

“Whilst there are many topics our readers want to read more on, there are certainly some we’re all pretty ready to leave behind as we look forward to a fresh start in 2022.”