At least four people remain in detention while 12 were released after apologising to the government. 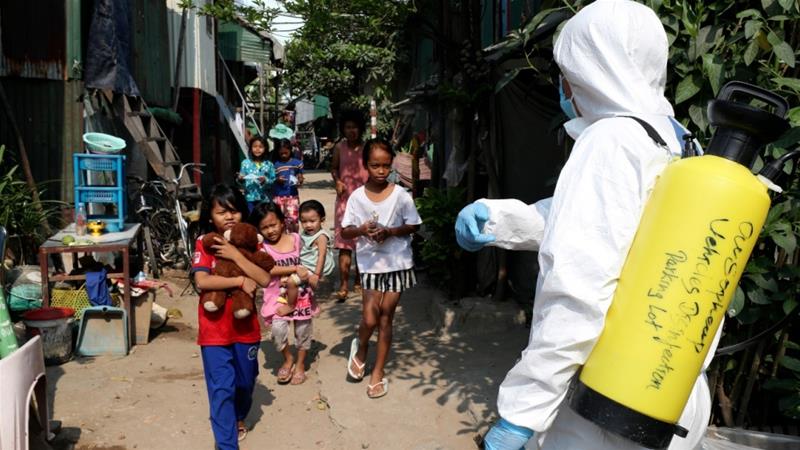 Cambodia has been accused of arresting and detaining individuals who expressed concerns about the spread of the coronavirus in the country.

Human Rights Watch (HRW), in a statement released on Tuesday, said at least 17 people have been arrested since January for sharing information about the deadly disease, which has killed more than 16,500 people worldwide. It urged the government to immediately stop its “clampdown”.

As of Tuesday, at least 87 people in Cambodia have been officially confirmed to have contracted the disease, named COVID-19 by the World Health Organization (WHO).

According to HRW, at least four members or supporters of the dissolved opposition group, Cambodia National Rescue Party (CNRP), were among those arrested and are in pretrial detention.

Among those is Phut Thona Lorn, also known as Lorn Ly, a local CNRP supporter, who is currently in detention in the tourist city of Siem Reap.

Earlier, Lorn Ly shared two videos on his Facebook account in which the speaker said the Cambodian government needed Vietnam’s assistance to learn more about a foreign national who had tested positive for coronavirus after departing Cambodia for Japan.

Lorn Ly was accused by authorities of spreading fake news, and the Siem Reap provincial court charged him with spreading false information.

“The Cambodian government is misusing the COVID-19 outbreak to lock up opposition activists and others expressing concern about the virus and the government’s response,” said Phil Robertson, deputy Asia director at Human Rights Watch.

“The government should stop abusing people’s free speech rights and instead focus on providing the public with accurate and timely information about COVID-19,” he said on the organisation’s website.

Five women were among the 17 arrested for sharing information about the coronavirus.

Twelve of them were released after signing pledges to apologise and not spread “fake news” in the future.

According to HRW, authorities have also arrested and questioned a 14-year-old girl who had taken to social media to express her fears about rumours of positive coronavirus cases at her school and in her province.

Prime Minister Hun Sen had initially downplayed the risk of the coronavirus spreading in Cambodia, and on January 30, he threatened to eject reporters or officials wearing face masks from a news conference. 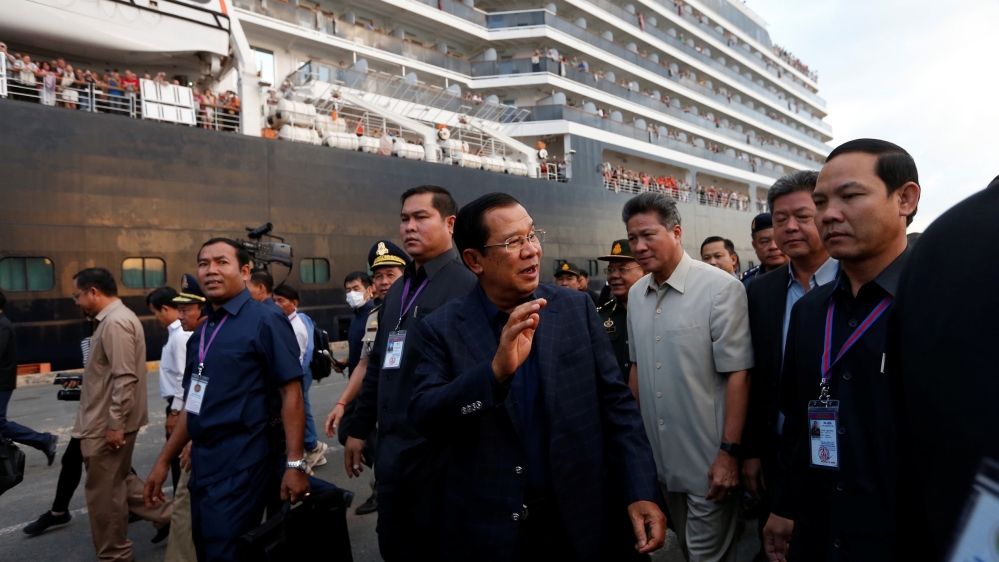 On February 14, Hun Sen  travelled to the southwestern port city of Sihanoukville to greet over 2,000 passengers and crew of the MS Westerdam, a cruise ship refused entry by several countries on suspicion that some passengers contracted the coronavirus.

As he greeted the passengers who took photos with him, there were no reported infections on board the ship. An elderly passenger, who disembarked and travelled to Malaysia, later tested positive in Kuala Lumpur.

On March 17, Hun Sen was forced to change course and imposed a 30-day ban on arrivals from Italy, Germany, Spain, France, the United States, and Iran.

However, a joint military exercise with China proceeded as scheduled.

HRW said Hun Sen has so far “failed” to implement a public health campaign to inform the population about the risks of the disease.

“The relatively low number of cases reported raises the question of whether sufficient tests are being conducted or necessary information is being shared with the people,” HRW added.

The rights group also said that Cambodians must be provided “accurate and up-to-date information about the virus, access to services, notice of service disruptions, and other aspects of the response to the outbreak”.

On Monday, Hun Sen ordered provincial authorities to allow the use of schools as makeshift hospitals, according to the Phnom Penh Post.

A medical team also arrived from China to help Cambodia contain the spread of the virus, according to the country’s health department.

The government said it also received more than 100,000 pieces of medical protective gear and equipment, including face masks, from China.