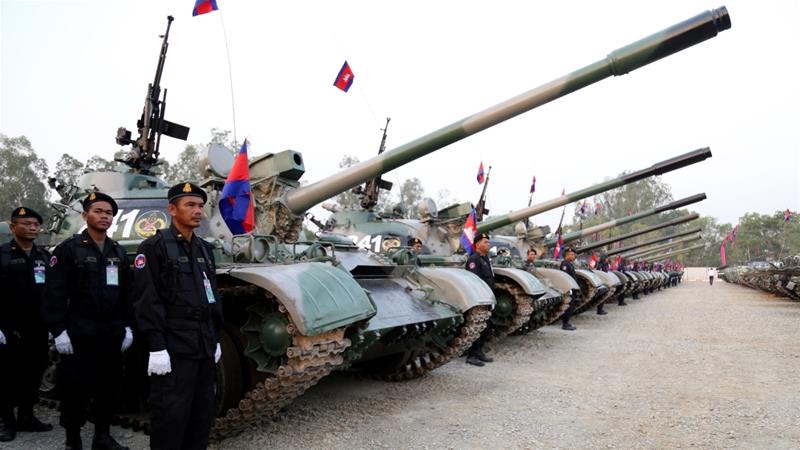 Cambodia is set to kick off its annual joint military exercise with China on Saturday, with thousands of soldiers expected to join despite events being cancelled around the world amid the coronavirus pandemic.

This year’s Golden Dragon annual exercise will take place at a military training site in the southern Kampot province and will focus on “counterterrorism and humanitarianism”.

During the first exercise in 2016 at least 280 Cambodian soldiers and 97 Chinese troops attended the drills.

This year, 3,000 soldiers, including 265 troops from China’s People’s Liberation Army, will participate in drills scheduled until April 1.

The drills will also showcase military equipment, such as tanks, artillery, guns and helicopters.

The event comes amid the unexpected emergence of the coronavirus infection, which originated in China at the end of 2019. As of Friday, there were more than 3,000 people killed in China and close to 81,000 infected, with almost 63,000 recovered, according to data compiled by the Johns Hopkins University.

Last week, Cambodia reported its first official case from Siem Reap. Three British passengers on a tourist boat on the Mekong River were also infected with the virus and remain under quarantine on the boat.

In response, the Cambodian government has cancelled a gathering for Khmer New Year that was to take place in April in Angkor Wat near Siem Reap.

The military exercise, however, is another story.

Sebastian Strangio, author of soon-to-be-released In the Dragon’s Shadow: Southeast Asia in the Chinese Century, said that China and Cambodia holding the military exercise fulfils a symbolic function.

“It’s possible that both sides deem the risk to be low enough that the Golden Dragon exercises can safely proceed,” he told Al Jazeera in an email.

“However, with events being cancelled across the globe, it is clear that pushing ahead with the event carries a strong message of friendship. Since the beginning of the epidemic, Hun Sen has gone out of his way to demonstrate solidarity with his patrons in Beijing, even at risk of facilitating the further spread of the disease.”

Briefly after the virus caught global attention, Prime Minister Hun Sen promised to visit the outbreak site Wuhan. When that trip was cancelled, he visited Chinese President Xi Jinping in Beijing in a gesture of solidarity.

So far, the Cambodian government has not cancelled flights from China.

Earlier this month, ruling Cambodian People’s Party spokesman Sok Eysan was quoted by Radio Free Asia as saying that there had been no case in Cambodia yet, therefore there was no risk in holding the exercise.

In February, a Chinese traveller was diagnosed with the novel coronavirus and put under quarantine in coastal town Sihanoukville.

“Now that it appears to have gained a hold on the virus within China, the Chinese government wants to send a message of business as usual. The Cambodian government can demonstrate its support to a powerful patron. Both can consolidate a relationship that they view as serving their mutual interests,” Strangio said. 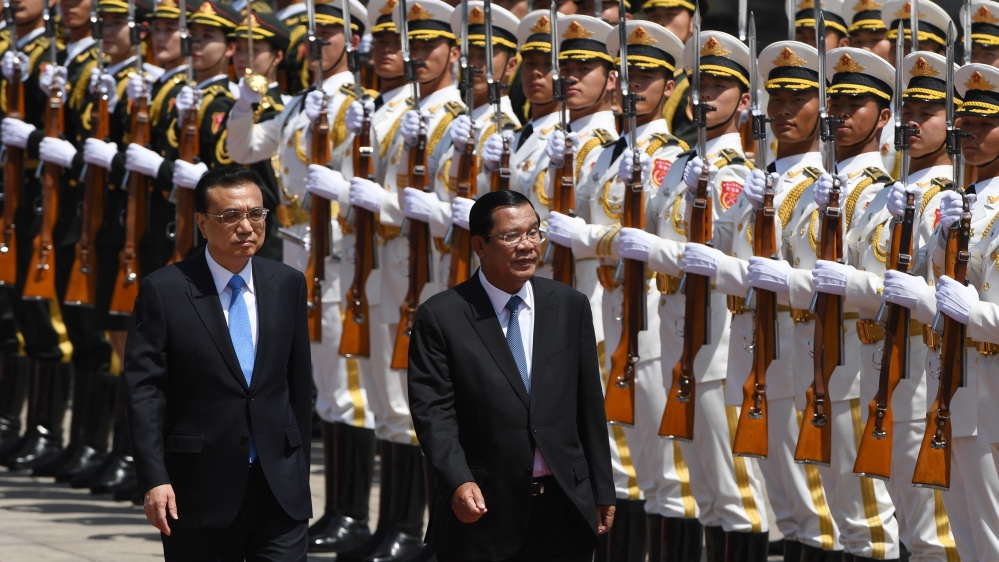 Defence Ministry spokesman Chhum Socheat, the Ministry of Health, and council of ministers spokesman Phay Siphan could not be reached for comment.

“The decision to hold the fourth annual Golden Dragon joint military exercise is part of a larger strategy of demonstrating support for China against criticism by the international community over Beijing’s handling of the Covid-19 epidemic. Hun Sen went to Beijing to meet President Xi Jinping in February to show solidarity,” he said.

Thayer said this served to lobby for the resumption of garment industry supplies after the industry had been disrupted due to the coronavirus outbreak. But not only Cambodia was gaining from this exercise, he said.

“China reinforces its relations with the Cambodian government and military, and thus ensures continued public support for China in general and Chinese foreign policy in particular, ” he said.

“This often takes the form of Cambodia defending and promoting Chinese interests in the Association of Southeast Asian Nations. In short, Cambodia has become the ‘poster boy’ for China’s Belt and Road Initiative.”

The Chinese embassy in Phnom Penh did not respond to requests for comment.