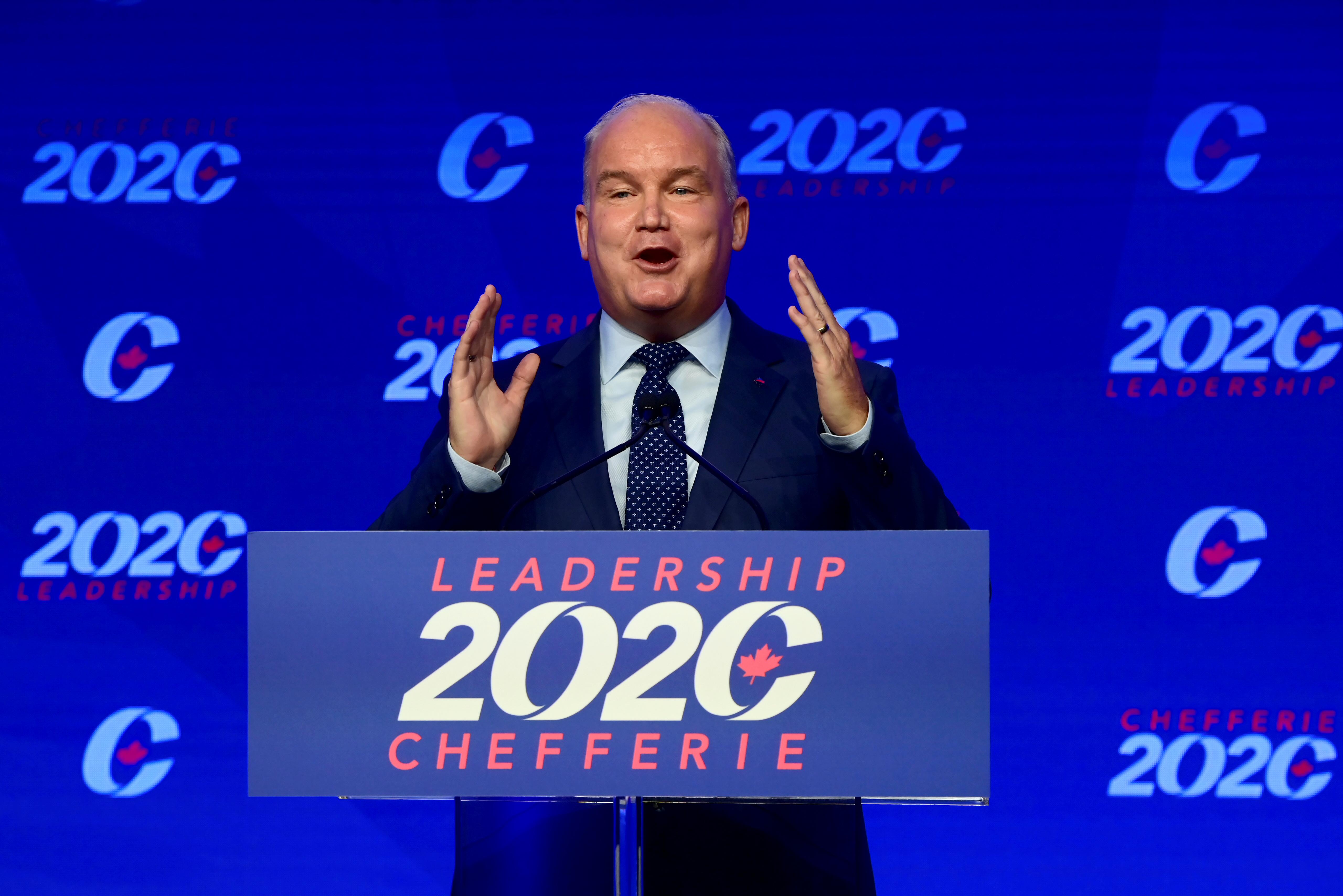 In the leadership race, O’Toole beat out the better known Peter MacKay, who co-founded the Conservative Party in 2003 and was a high-profile member of former Conservative prime minister Stephen Harper’s government, and two other candidates.

The campaign was overshadowed by the coronavirus pandemic. The results, announced in a virtual convention broadcast from Ottawa, were delayed at least five hours by mechanical problems with the machines opening nearly 175,000 ballot envelopes.

While there is no vote looming, Trudeau needs the support of at least one of three opposition parties to stay in power, and a crucial confidence vote on the government’s COVID-19 economic recovery plan is expected in late September.

O’Toole, a 47-year-old father of two, describes himself as a “true blue Conservative” and has vowed to “put Canada first” while helping families and the economy recover from the coronavirus crisis.

A member of parliament from the most populous province of Ontario, O’Toole had twice before lost bids to lead the party. He takes over as Trudeau’s Liberals lead in national polls.

Support for the Liberals surged as the government spent hundreds of billions of dollars in emergency aid during the pandemic, but they have lost ground in recent weeks amid an ethics scandal involving Trudeau and his former finance minister, Bill Morneau.

Liberals would get 36.4% of the votes if an election were held today, while the Conservatives would win 29.9%, according to the Canadian Broadcasting Corp’s poll tracker, an aggregate of recent surveys.

One of O’Toole’s challenges will be to lure back voters in urban centers such as Toronto, Vancouver and Montreal that have more parliamentary seats than rural areas. They were Liberal strongholds in the past two national elections.

O’Toole must “make inroads into the urban ridings and suburban ridings” and “be able to appeal to swing voters who held their noses and voted for the Liberals” last year, said Shachi Kurl, executive director of non-profit polling group the Angus Reid Institute.

In his acceptance speech, O’Toole reached out to left-leaning voters, saying there was room for them in the Conservative Party.

The son of a retired Ontario politician, O’Toole was first elected in 2012 in a by-election and served briefly as veterans affairs minister in Harper’s cabinet from February to November 2015.

O’Toole joined the Royal Canadian Air Force at 18, working as a helicopter navigator before transferring to the Canadian Forces reserves in 2000.

He then pursued a law degree at Dalhousie University in Halifax, Nova Scotia, returning to Ontario upon graduation and working as a corporate lawyer.

He and his wife Rebecca have two children.