JOHANNESBURG (Reuters) – The murder of his estranged wife during a well-publicised love triangle proved one problem too many for Prime Minister Thomas Thabane, who survived repeated security crises to become Lesotho’s dominant politician but resigned on Tuesday. 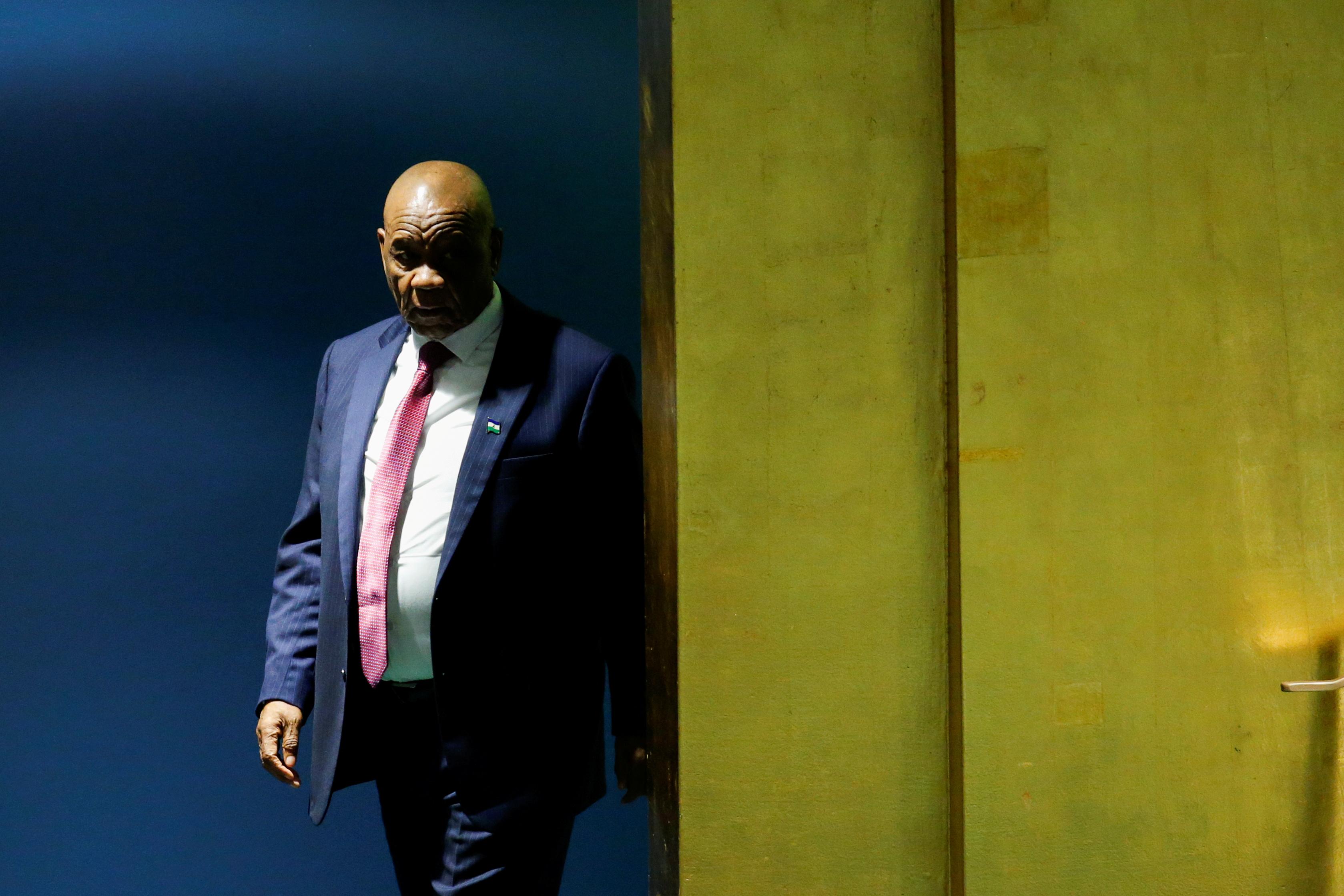 His replacement, Finance Minister Moeketsi Majoro, is expected to be sworn in on Wednesday

Thabane’s departure brings down the curtain on a career marked by exile, political feuding, intrigue and strains with the military.

Thabane leaves nearly three years into a second term that began when he was sworn in — two days after gunmen shot his estranged second wife Lipolelo dead in her car.

Two months after Lipolelo’s death, he married his long-time lover, Maesaiah. This year, police charged Maesaiah with assassinating Lipolelo. They have also accused Thabane of being involved, although they have not brought charges to court.

Both he and Maesaiah have repeatedly denied having anything to do with killing Lipolelo. But the charges plunged the country into turmoil, and voices in Thabane’s own party began pushing for him to leave.

It is not the first time Thabane, a stocky, shaven-headed figure fond of quoting Bible passages, has been at the centre of intrigue — in 2014, he fled the kingdom to neighbouring South Africa after accusing the military of staging a coup.

South African security forces escorted him back, one of many times tiny Lesotho, with 2 million people, has drawn its bigger neighbour into its political turmoil.

Thabane was born on May 28, 1939, in what was then Britain’s colony of Basutoland, composed of mountains running along South Africa’s Drakensberg range.

He began his career in the civil service in 1966, the year of Lesotho’s independence. He stayed there for two decades before the military seized power in a 1986 coup, one of several since independence.

The military junta promoted him, making him foreign, and then information, minister. Thabane helped negotiate a return to civilian rule and repatriation of exiles, culminating in 1993 elections.

In the next poll, in 1998, he won a parliamentary seat and became foreign minister. Months later, accusations of electoral fraud triggered rioting, and Nelson Mandela, then South African president, deployed troops to try to quell it. They failed, pulling out after seven months.

In 2006, after several ministerial posts in the LCD ruling party, Thabane left to form the All Basotho Convention (ABC), enabling him to take power as prime minister in 2012.

In the same year, he filed for divorce from his wife, Lipolelo, so he could marry Maesaiah. Lipolelo refused, and a very public spat erupted between them.

Thabane failed to retain his majority in a 2015 election. He resigned as premier before fleeing again to South Africa, whose security forces he saw as protection against his own military.

He spent much of his time there, at his house in Ficksberg, until he won an election on June 3, 2017. Eleven days later, eight gunmen shot Lipolelo in the head, killing her instantly, police say. Two days after that, Thabane was sworn in as prime minister for a second time.