An unbelievable video has been shared by Chicago Fire Department showing a cat survive a huge jump from a burning building. The fire took place on Thursday, May 13, in an apartment block in Chicago’s Englewood neighbourhood.

The video is captioned: “Nine lives for a cat that jumped from fire at 65th and Lowe. Cat hit grass bounced and walked away!”

The cat was trapped on the fifth floor of the apartment and climbed out of a window to escape the blaze. The cat jumps from the window and over a wall as onlookers scream in shock.

Unbelievably, the cat landed on the grass on its four legs and walked away unscathed.

Chicago Fire Department spokesman Larry Langford told Associated Press: “It went under my car and hid until she felt better after a couple of minutes and came out and tried to scale the wall to get back in.” 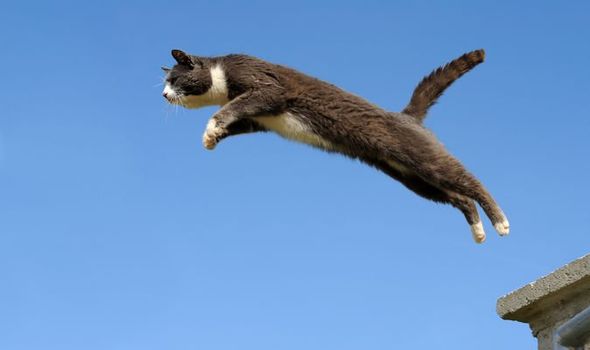 There were no reported injuries and the cause of the fire, which was confined to one apartment, has not been reported.

The video has stunned people and has gone viral on social media. One person said: “OMG that is crazy. I hope he is ok!”

It turns out that there is a science behind cats surviving high falls. 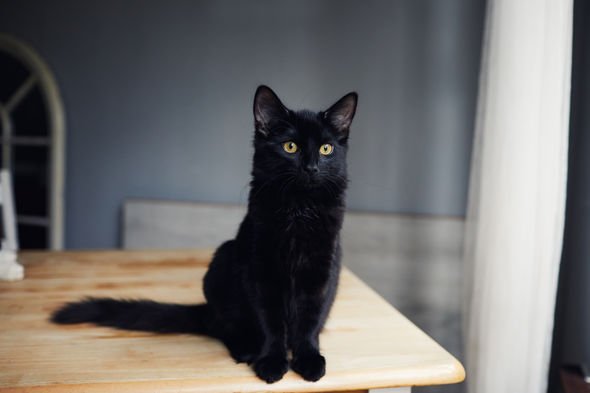 When in the wild, cats live in trees and have evolved to survive when a branch breaks or if they need to jump for prey.

Dr Jake Socha, biomechanist at Virginia Tech University, told BBC: “Being able to survive falls is a critical thing for animals that live in trees, and cats are one of them.

“The domestic cat still contains whatever suite of adaptations they have that have enable cats to be good up in trees.”

Cats have a relatively large surface area in proportion to their weight and can spread their legs out to create a parachute effect. This reduces the force at which they hit the ground after a high fall and minimises injury.

DON’T MISS
How did the Indian variant get to the UK?[COVID]
Portugal travel rules: What are the Portuguese travel rules?[TRAVEL]
Boris Johnson announcement: What time is the Prime Minister speaking?[UK] 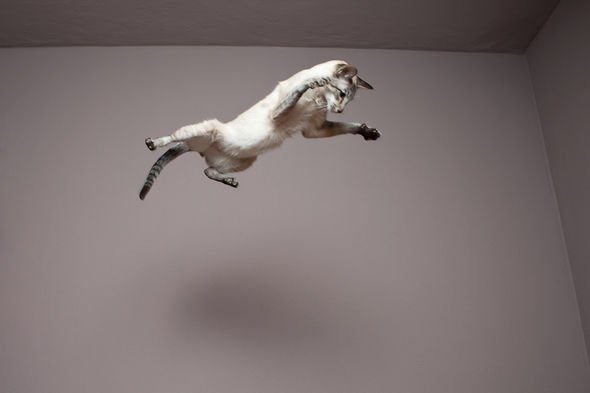 Dr Socha adds: “If the cat were to land with its legs directly under him in a column and hold them stiff, those bones would all break.

“But they go off to the side and the joints then bend. This takes that energy and puts it into the joints, getting less of a force at the bone itself.”