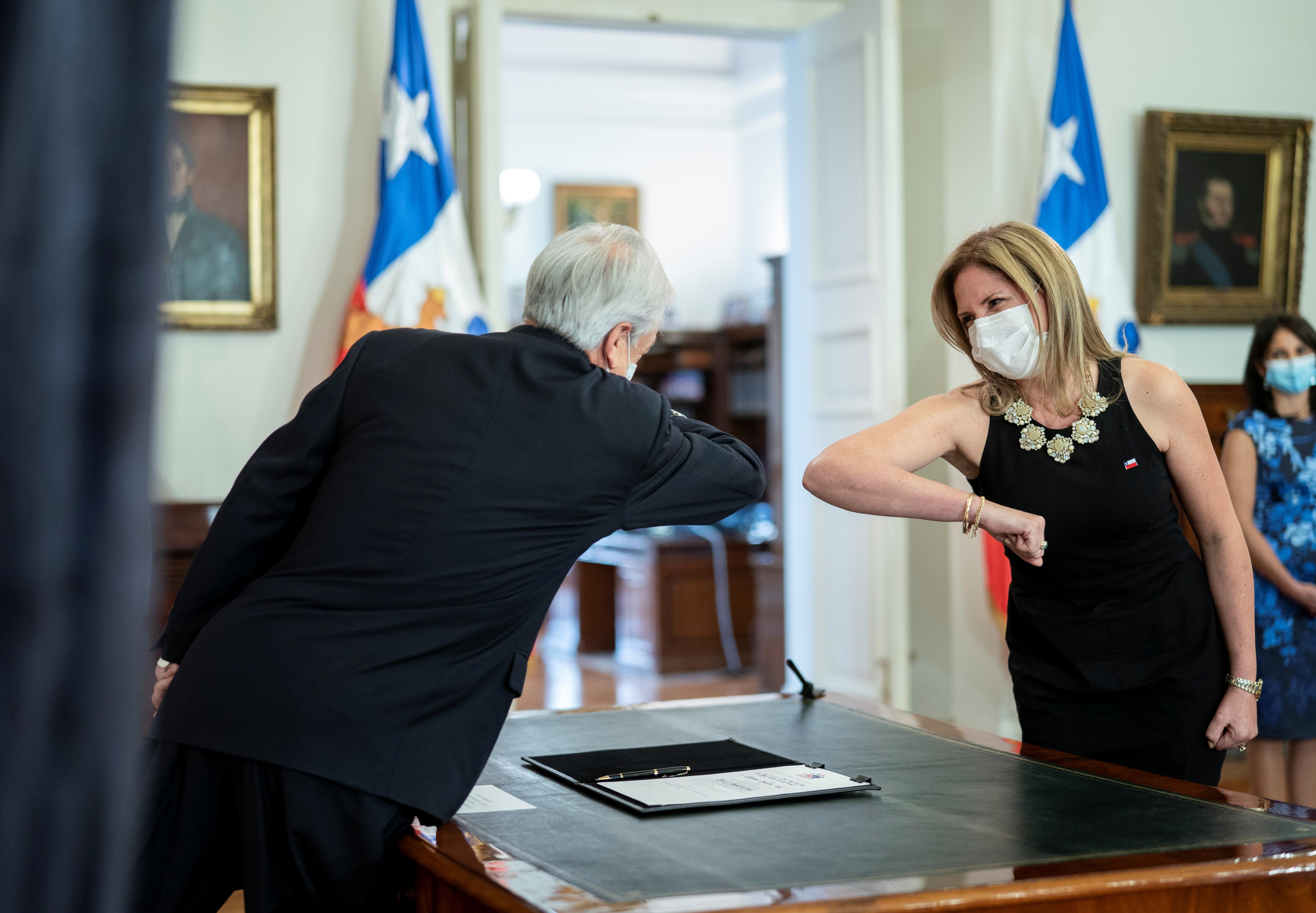 SANTIAGO (Reuters) – Chilean Women’s Minister Macarena Santelices has resigned from her post, just a month after being sworn into office and amid growing questions about her aptitude and performance.

Santelices, a former mayor with no track record of involvement in gender issues, is the great niece of former dictator Augusto Pinochet and a member of the right-wing Independent Democratic Union (UDI) party.

She took office amid significant opposition from Chilean women’s groups in early May and since then feminist organizations, political groups and ordinary citizens have criticized her commitment and cited old interviews in which she appeared to defend Pinochet’s rule.

Her resignation is a blow for center-right President Sebastian Pinera, who saw his popularity plummet to the lowest ever for a Chilean president since the Pinochet era amid protests that have wracked the country for months since October last year.

“The day it is understood that the cause of women has no political color, it belongs to all and for all, is the day we will move forward,” Santelices wrote on her Twitter account on Tuesday.

Santelices was forced to pull a controversial social media advertisement last month which featured an old man telling his granddaughter he regretted abusing her grandmother after she revealed to him her boyfriend had beaten her.

Her resignation comes as Chile grapples with a surge of calls to emergency services over domestic violence during the quarantine imposed to halt the spread of the coronavirus.

The government has named Monica Zalaquett, the tourism subsecretary who advised Pinera on women’s issues for his 2017 election campaign, and also of the UDI party, to replace Santelices.