There has been a recent eruption of a war of words between the US and China as President Trump has accused Beijing of covering up the outbreak of COVID-19 in central China last year. President Trump has now written an open letter to WHO warning if they do not change, he will stop any US funding and reconsider the country’s membership.

More than 318,000 people have died of coronavirus since it spread across the globe with the US being the worse affected country with more than 90,000 deaths.

China has urged the US to focus on controlling the virus rather than shifting the blame.

China’s foreign ministry spokesman Zhao Lijian said: “The US leader’s open letter you mentioned is full of hints, ‘perhaps’, and ‘maybes’, and tries to use specious methods to mislead the public, and achieve the goals of smearing China’s anti-virus efforts, and shirk responsibility for the United States’ own insufficient response. 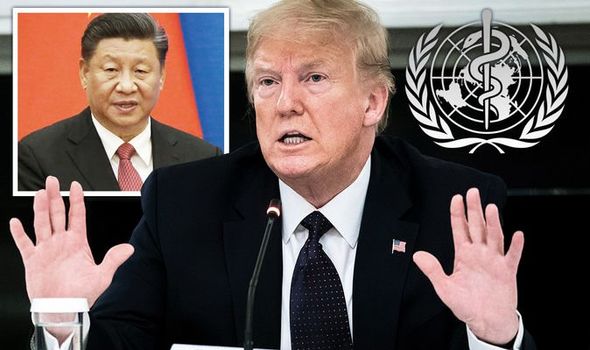 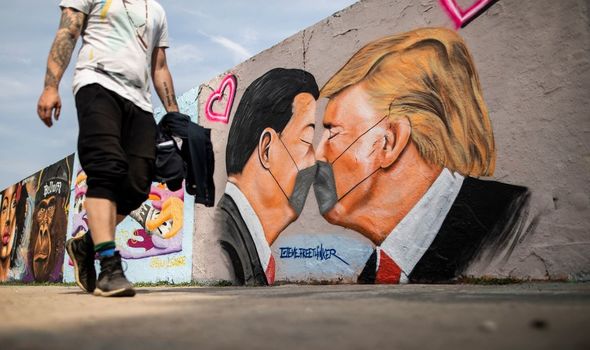 “The US tries to use China as an issue to shirk responsibility and bargain over its international obligations to the WHO.

“This is a miscalculation and the US has picked the wrong target.”

He added the US was simply trying to deflect from how Washington has responded to the virus and its “insufficient prevention and control”.

The WHO has agreed to launch an investigation into its coronavirus response after President Trump said he would leave the organisation, which he accused of being a “puppet of China”. 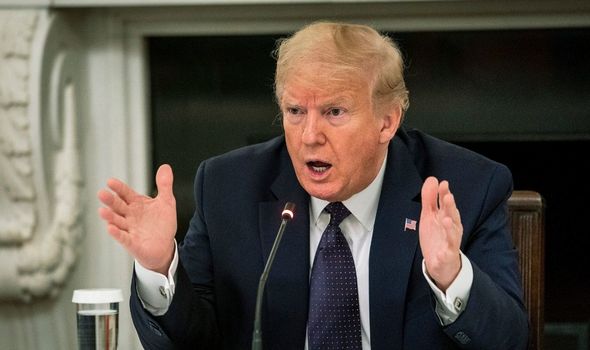 President Trump has also accused WHO of not doing enough to control the disease.

He said at the White House: “They are a puppet of China, they are China-centric to put it nicer.”

Beijing has denied any allegations they have ever played down the threat of the virus and said their response has been “open, transparent and responsible”.

President Trump’s open letter to WHO has demanded it is independent from China. 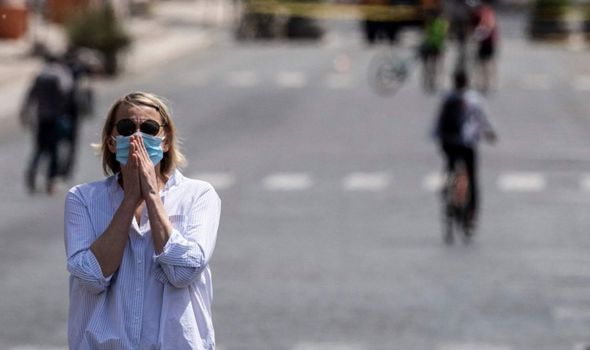 He said: “If WHO does not commit to major substantive improvements within the next 30 days, I will make my temporary freeze of United States funding and reconsider out membership in the organisation.”

The European Union has said it backs the WHO and its efforts to fight the coronavirus after President Trump threatened to pull out of the agency.

The EU’s Foreign Affairs spokeswoman Virginie Battu-Henriksson said: “This is the time for solidarity, not the time for finger pointing or for undermining multilateral cooperation.”

WHO countries have now voted for an “impartial, independent and comprehensive evaluation” of the international response of the pandemic.