There is a local cluster of cases in Beijing that is particularly concerning authorities. Beijing’s largest wholesale food market was shut down on Saturday following a rise in local infections there to 36. On Saturday, the Xinfadi market on Beijing’s southeastern side was closed and 11 neighbourhoods around it were sent into mandatory lockdown.

The BBC’s China correspondent Stephen McDonell tweeted: “The greatest emphasis, in terms of control measures has been in the Beijing district around where the huge Xinfadi wholesale market and around a couple of other markets.

“There are schools closed and housing areas sealed off to all but local residents.”

Video shows lines and lines of marching men that have cordoned off the whole area. 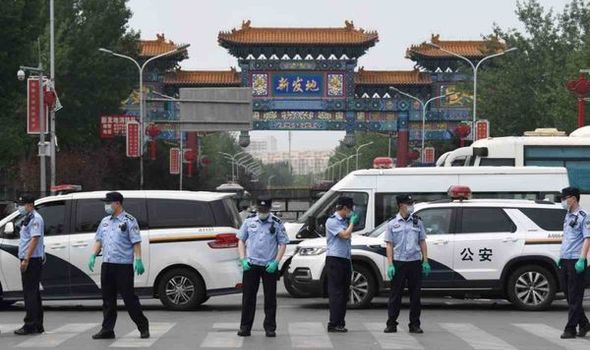 Chinese authorities have shut down the city’s Fengtai district and other subsections in a city that has a population of nearly 22 million people.

An official said the Fengtai district was in “wartime emergency mode”.

Inter-provincial tourism has also been banned in the Chinese capital. 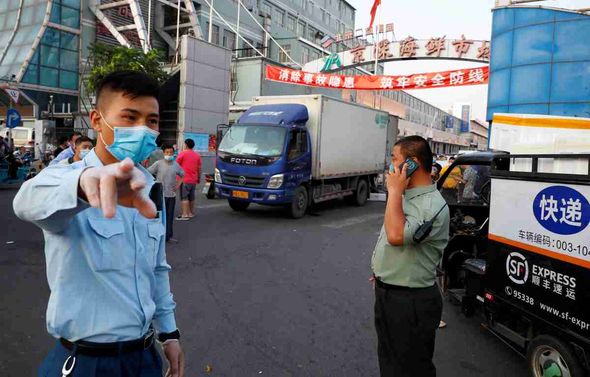 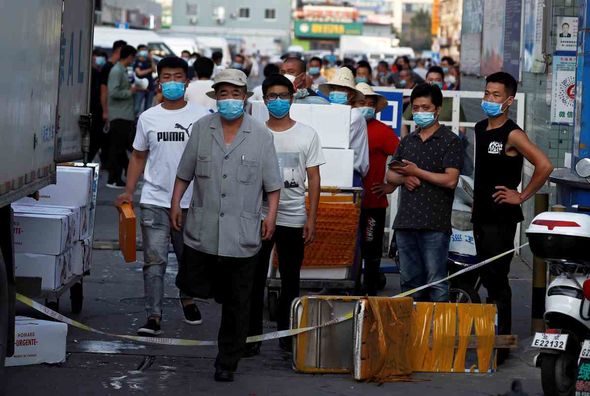 There were 57 confirmed cases in China in the 24 hours to midnight on Saturday, the National Health Commission reported.

This is the highest daily toll since mid-April and is somewhat an embarrassment for the party leadership that declared an early victory over the disease in March.
Nineteen of the new confirmed cases were so-called imported cases involving travellers from overseas, with 17 of them arriving in Guangdong.
To date deaths worldwide from coronavirus have passed 430,000.

According to the Johns Hopkins University tracker, which relies on official government figures, there have been 430,128 known coronavirus deaths worldwide since the start of the pandemic.

The true figures for deaths and cases are likely to be higher, due to differing definitions and testing rates, time lags, and suspected underreporting.