Beijing will be able to access this port by a highway that connects Pakistan and China. The new military port has been progressing for the last few years, revealed by data from intelligence satellites. H I Sutton, an Aerospace and Defense analyst, writing in Forbes magazine said: “I have been following the construction.

“They are seen as a leading indicator of the next stage of port construction.”

China is conscious that it is vulnerable to having the Strait of Malacca blocked off by the Indian Navy.

The majority of the country’s oil imports, from the Persian Gulf, Venezuela and Angola, go by the Strait of Malacca. 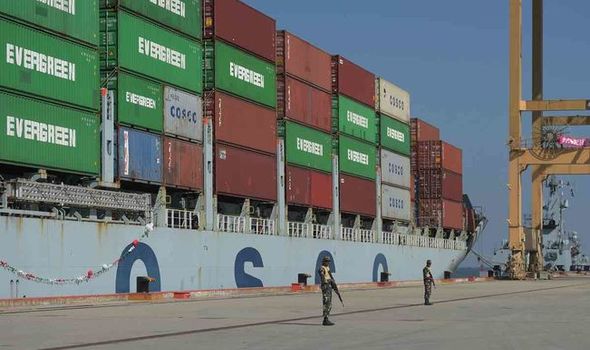 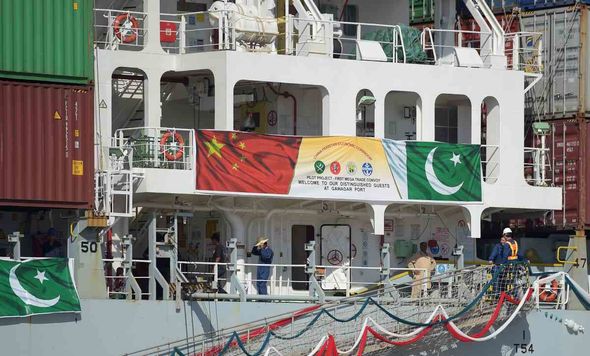 If China can gain a fully operational port on the coast of Pakistan then this would nullify any attempt by India to block access to Chinese vessels.

But, behind the motive to secure trade routes is an agenda to increase Chinese military power worldwide.

Pakistan, with the aid of Chinese investment, plans to upgrade a railway that will connect the port at Gwadar to Kashgar in China. 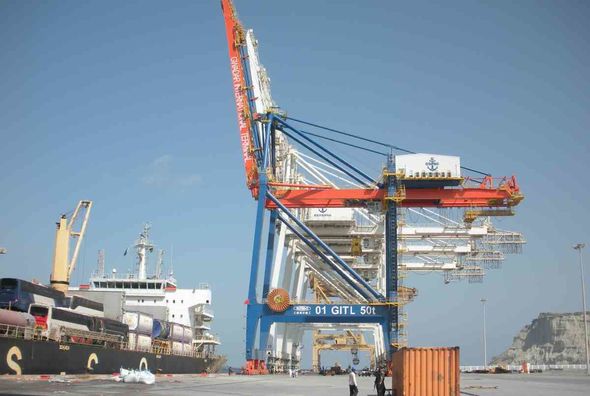 China is developing another sea route in order to bypass the Strait of Malacca, this being around the Arctic Circle, called “the polar silk road”.

Beijing, in an attempt to bypass the Strait of Malacca that could be choked off in times of crisis, as even offered to pay for a canal to be cut through the Isthmus of Kra in Thailand.

This proposal would shorten the route of shipping travelling to and from China by many days but would come at an extremely high financial and ecological cost.

Beijing is also developing a land route to Europe across central Asia with the terminus in Rotterdam. 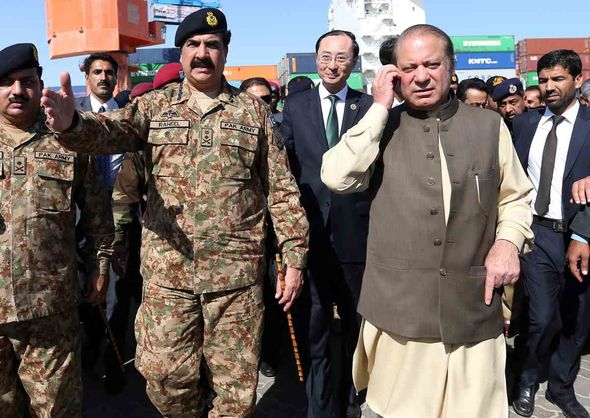 This will further reduce China’s reliance on the Strait of Malacca, and deprive Singapore of much of its shipping trade.

In a 2018 Chinese government White Paper called “China’s Arctic Policy” the country asserted that it is “geographically a near-Arctic State” and it hopes to “work with all parties to build a ‘Polar Silk Road’ through developing the Arctic shipping routes”.

The Chinese People’s Liberation Army, PLA, also has a naval support base in Djibouti on the Horn of Africa, commanding a strategic location at the entrance to the Red Sea.

Djibouti’s economy is propped up by hosting foreign military bases, which are operated by the United States, France, Japan, and China.