More than 100km outside the ancient city of Xi’an, among the overgrown forests, rise scores of pyramid-shaped mounds that have been shrouded in mystery for thousands of years. The West learned about them when Fred Meyer Schroder, an American trader, first reported the enigma in 1912. At the time, he was travelling through the Shaanxi Province with a guide, where he recorded a thorough description in his diary, noting he had seen one giant pyramid approximately 1,000 feet tall and nearly twice that size in length, surrounded by a number of smaller pyramids.

Fast-forward three decades and US Airforce pilot James Gaussman would be left mesmerised by a “pure white” structure spotted while flying over Asia, said to be twice the size of the Great Pyramid of Egypt.

He said: “The remarkable thing was the capstone, a huge piece of jewel-like material that could have been crystal.

“There was no way we could have landed, although we wanted to. We were struck by the immensity of the thing.” 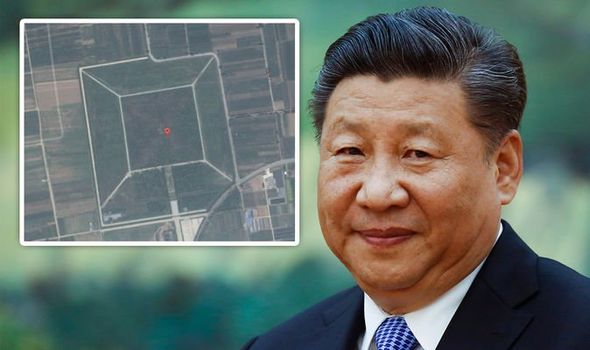 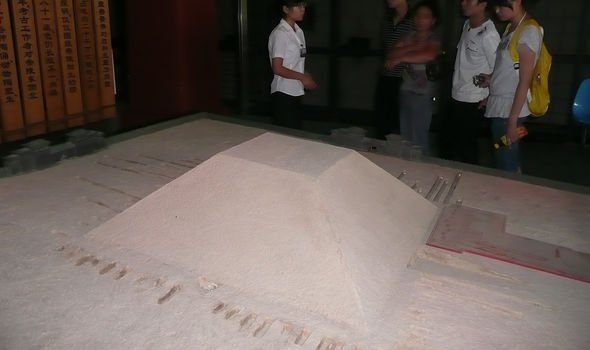 In the early Nineties, German investigator Hartwig Hausdorf searched for the massive pyramid, but he was unsuccessful in finding it.

Instead, he found “the Chinese military meticulously patrolling the area,” according to reports.

Today, Google Earth will show anyone with the right coordinates evidence of not just one, but around 40 known pyramids, but not all are easily distinguishable to the human eye.

They are covered with trees and grass, and many date back 8,000 years.

This region, in essence, is China’s version of both Egypt’s Giza and the Valley of the Kings in one, particularly because there is a huge amount of royalty rumoured to be beneath the surface that no one has disturbed. 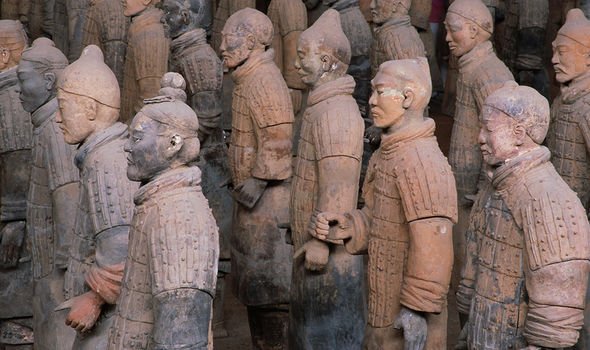 As early as the 17th century, a Roman Jesuit wrote about the pyramids, and in 1785, the French orientalist and sinologist Joseph de Guignes wrote ‘An Essay in Which We Prove The Chinese Are an Egyptian Colony’.

Western archaeologists have, to this day, rarely been permitted to investigate the sites and some have claimed photos show shrubs have been deliberately planted to keep the secret under wraps.

But experts theorise there are almost certainly lost emperors and artefacts below the mounds that would dwarf Howard Carter’s 1922 discovery of Tutankhamun.

In 1974, the world got a peek of a truly extraordinary history of China when two farmers were digging just outside Xi’an and discovered the famous terracotta army of China’s First Emperor – Qin Shi Huang.

There were legends that he had been buried inside a veritable mini-city with palaces, carriages, treasures, and anything else he’d need in the afterlife – and through luck, or fate, these farmers hit the jackpot. 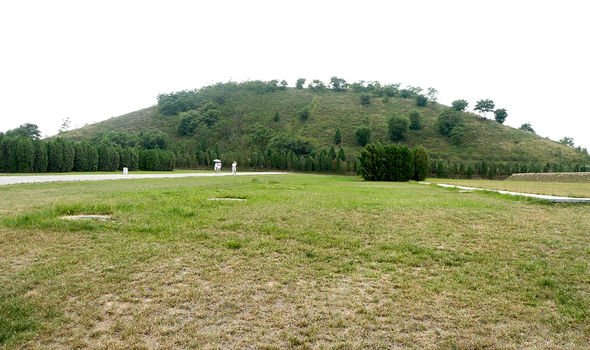 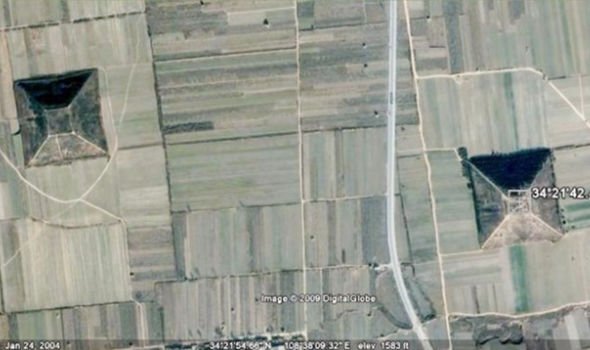 The site is so massive, researchers are “going to be digging there for centuries,” archaeologist Kristin Romey told Live Science in 2012.

But the Emperor himself has never been found.

The authorities have opened up sites like the Han Yang Ling Mausoleum to tourists, but no-one is allowed to excavate them.

Xi Jinping’s government say the technology does not exist yet to disturb the pyramids without damaging its contents, citing King Tut’s discovery for reference.

“Think about all the information we lost just based on the excavation techniques of the 1930s.

“There’s so much additional [information] that we could have learned, but the techniques back then weren’t what we have now.

“Even though we may think we have great archaeological excavation techniques [at present], who knows, a century down the road if we open this tomb [they could be even better].”

Chinese strong “veneration of tradition” culture could mean they simply wish to leave their royalty at peace, which means there will be no choice but to watch them recede back into the Earth with their secrets – until someone decides otherwise.

But, due to the area being shrouded in secrecy, there are also doubts from some experts whether the White Pyramid even exists.

Experts have squabbled over both the location and the feasibility of such a monumental structure.