Northerly winds are predicted to blast south eastern regions with wintry conditions over the coming days. Temperatures could plummet to 0C as most of the south of England is engulfed by the freezing cold air on Saturday, March 20, including London, Kent, Southampton and Bath. Further north, Yorkshire and Manchester could be slightly warmer at 2C, while Cumbria in the north west could see 4C on the same day.

Scotland should see single figures of a relatively warm 7C.

The latest models from WXCHARTS also show blue and white swirls of cold air moving towards the north and east of Britain from a northerly direction from Scandinavia.

His forecast for the rest of this week said: “The next few days bring dry weather to much of the UK but central and eastern England have some rain. 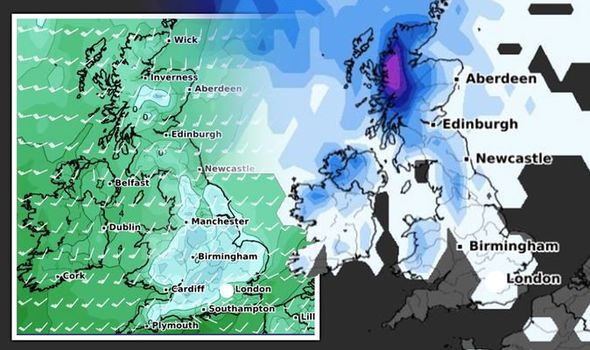 “Daytime temperatures in the north and west stay above the seasonal average but it will be chillier near to the east coast and in south eastern counties.

“Tonight much of the country remains dry but light rain is likely in the north and east.

“In Wales and the south west clear spells could lead to a local ground frost. 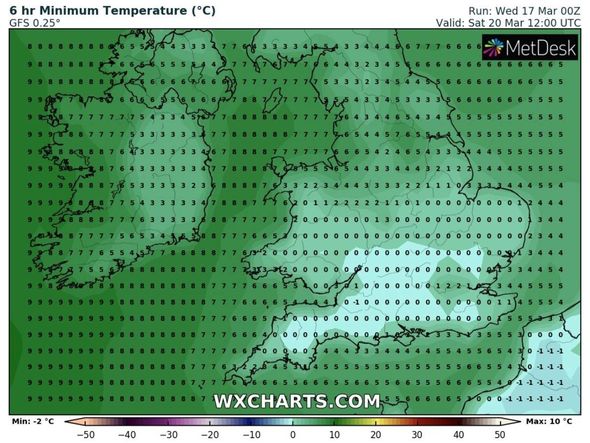 “Much of the UK keeps dry conditions through the day but patchy spells of rain push into East Anglia and the south east.

“In the evening they could become heavier and more persistent across eastern England.

“Chilly in central and south eastern England but mild elsewhere.”

The BBC’s forecast between Wednesday, March 17 and Sunday, March 21, predicted cold air to head over from Scandinavia over the next few days. 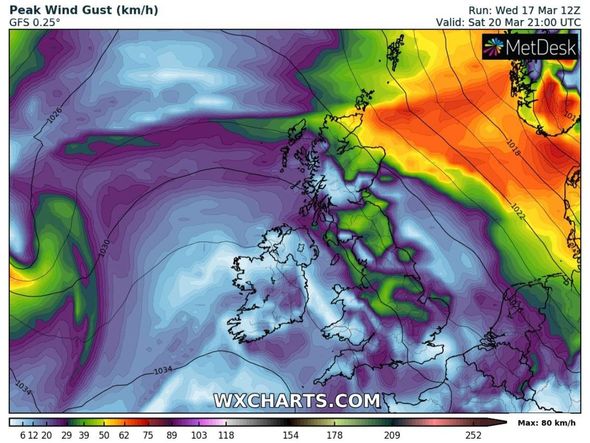 The forecast said: “From Wednesday onwards this week the weather will turn drier for most with some sunshine as high pressure builds.

“However, eastern areas may be clipped by some patchy rain or drizzle moving southwest through the North Sea, especially on Thursday.

“These winds will bring in some colder air from Scandinavia too, but only in the south-east of the UK.

“High pressure will remain in place throughout the rest of the working week and the weekend, keeping things mostly dry but with plenty of cloud around at times. 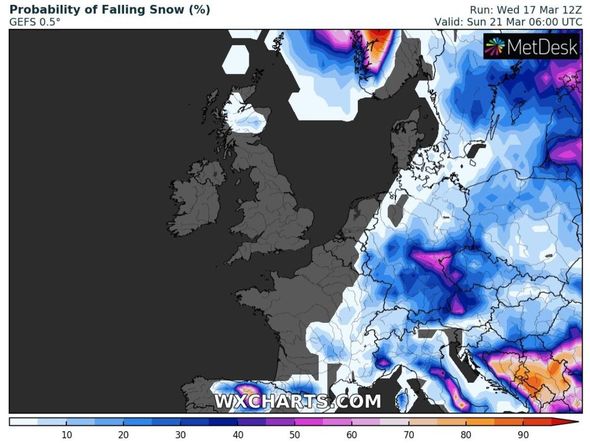 “A north-south temperature contrast is likely to develop into the weekend.

“The the south and south-east of England to see below-average temperatures while the rest of the country is near or a bit above average.”

The Met Office added temperatures could be colder in the southeast this week.

The weekend outlook said: “Some rain at first in the east, otherwise mostly dry but rather cloudy.

“Feeling warm, especially in any sunshine, but the southeast colder with some overnight frost. Mostly light winds.”