A mass brawl erupted in the Bolsherechye in the Omsk Oblast of Russia, amid growing signs of defiance against Vladimir Putin’s mobilisation order. Almost 100 people have reportedly been arrested in Russia today in ‘illegal’ protests against conscription across the country, according to OVD-Info, an independent Russian human rights project. Local resistance media tweeted out footage of the brawl in Bolsherechye, which saw recently conscripted Russians clash with Russian police and members of the national guard.

According to the account, the conscripted men were about to be sent to a military base as part of the mobilisation order.

However, they fought with policemen and tried to drag the officers onto the bus.

The defiant men announced that President Putin’s officers “would go to die in the trenches with them”.

Belarussian journalist Tadeusz Giczan responded that it was a sign that “in ethnically Russian regions not everyone is keen to go to war”. 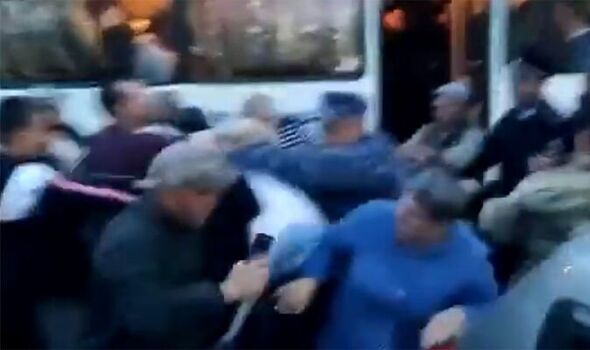 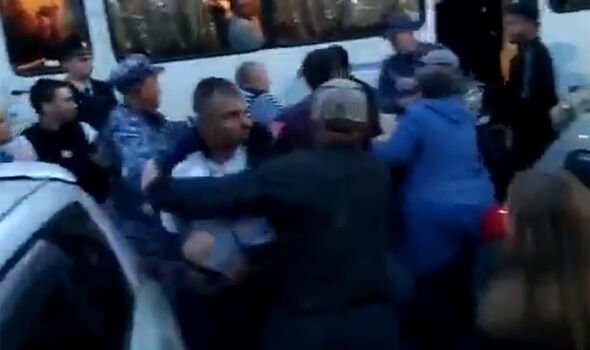 One Ukrainian official, Anton Gerashchenko, who works as an advisor to the Minister of Internal Affairs of Ukraine, echoed this claim.

OVO-info claimed that protests have erupted in at least 32 different cities.

The majority of the protest arrests today – at least 59 – took place in Novosibirsk in Siberia.

The protests inside Russia follow attempts by others to flee the country. 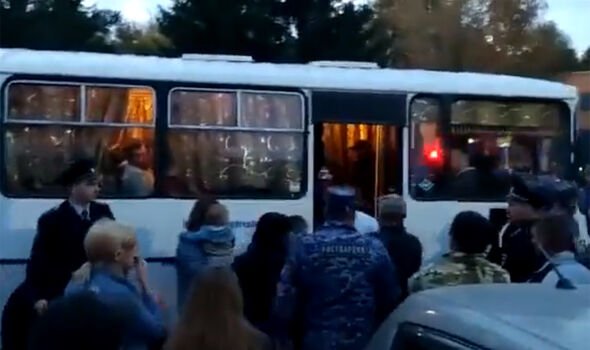 There are queues of up to 30km at the Georgia-Russia border and increased crossings into Finland.

Also today, the Russian President signed a new law that will see soldiers who desert, refuse to fight, disobey orders or surrender to the enemy will face up to ten years in prison. 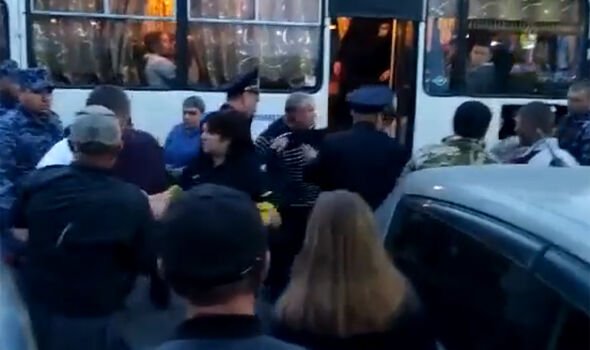 However, the mobilisation order has even infuriated pro-Kremlin figures close to President Putin.

The RT editor-in-chief, Margarita Simonyan, slammed reports that call-up papers were being sent to the wrong men,

She posted on Telegram: “It has been announced that privates can be recruited up to the age of 35. Summonses are going to 40-year-olds.

“They’re infuriating people, as if on purpose, as if out of spite. As if they’d been sent by Kyiv.”