Copenhagen: Police on scene of shooting at shopping centre

Two Danish teenagers, both aged 17, and a 47-year-old Russian citizen died during Sunday’s shooting. Four other people were taken to hospital with gunshot wounds. Last night one remained in a critical condition.

Police, who charged him following the attack, do not believe it was an act of terror. The unnamed suspect appeared in court dressed in a blue T-shirt.

His lawyers refused to enter a plea while the media were present and the judge ordered the rest of the hearing to be held behind closed doors.

The judge also imposed a ban on naming both the suspect and the victims.

Earlier, video footage posted on social media showed the true horror of the attack as terrified shoppers were seen running from the gunman as he randomly fired a rifle. 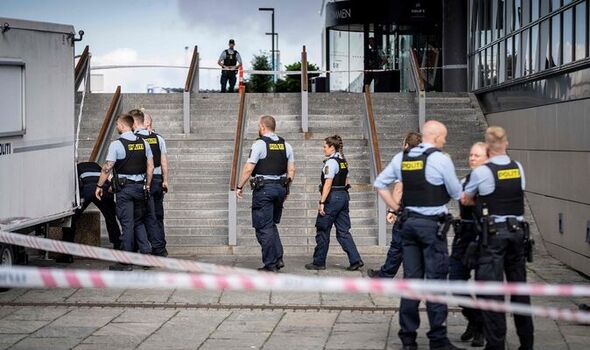 One of the victims, a 16-year-old girl who was planning to see Harry Styles in concert in the city that night, described how she came face-to-face with the gunman.

The Swedish teenager, speaking from hospital, said she was running away when she heard a bang and felt heat.

“Then I realised I had been hit,” she said.

“I turned my head and saw the perpetrator for a few seconds.”

She is waiting to have fragments and a bullet removed from her body.