A comparison of COVID-19 data to similar recent diseases with global impact caused by the coronavirus. 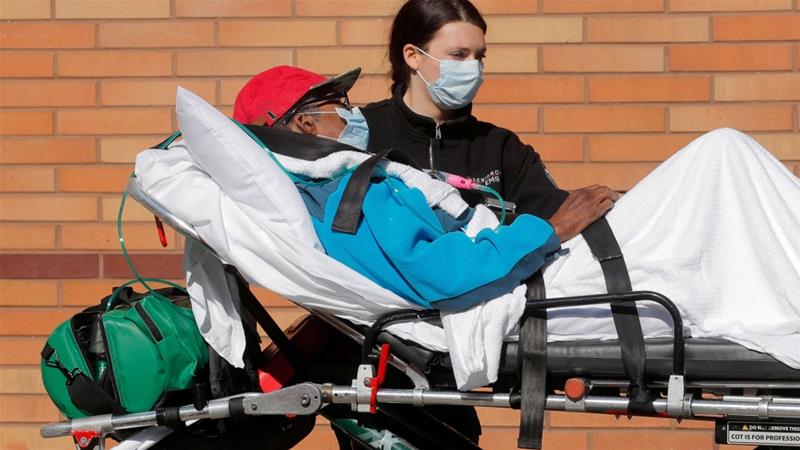 The new coronavirus outbreak has spread rapidly around the world, affecting more than 183 countries and territories, infecting over a million and killing more than 80,000 people.

It is reported to have emerged in China’s Hubei province late last year.

On March 11, the World Health Organization (WHO) declared the outbreak of the coronavirus a pandemic, which it defines as “global spread of a new disease”.

Governments have imposed tough measures, including travel restrictions and curfews, to contain the spread of the virus as scientists worldwide race to find a vaccine.

This is not the first time an international health crisis occurred due to the spread of a novel coronavirus or other zoonotic (animal-originated) viruses, such as influenza that created the swine, bird and seasonal flu epidemics in recent history.

Seasonal flu alone is estimated to result in three to five million cases of severe illness, and 290,000 to 650,000 respiratory deaths annually. 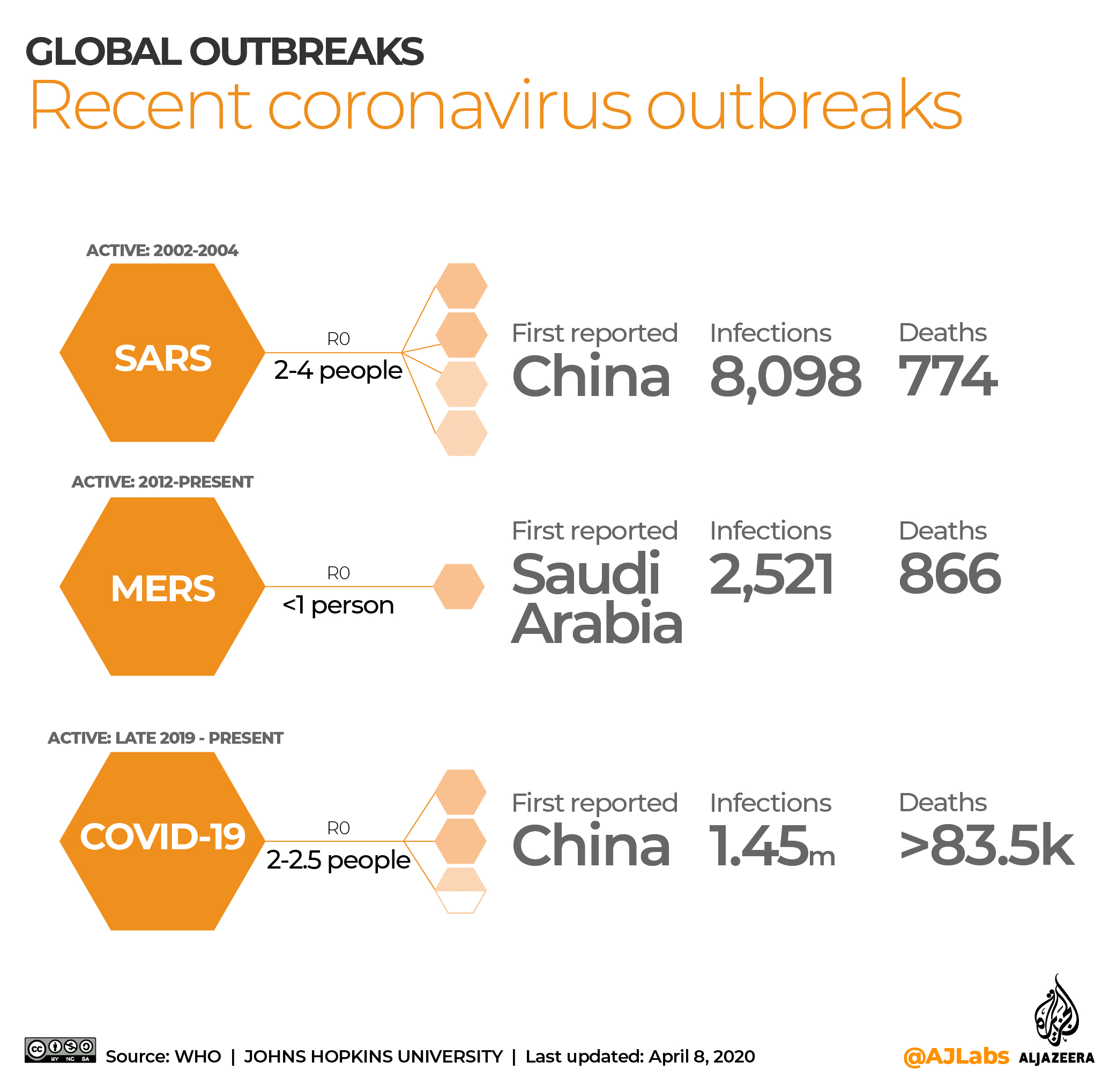 Here is a comparison of the information and data we have on COVID-19, the disease caused by the new coronavirus, with similar recent coronavirus-related diseases.

While a few regions, such as China’s Hubei province and South Korea, report falling numbers of new local cases, the number of infections keeps rising across the world.

Although the source of the virus is suggested to be animals, the specific species is yet to be confirmed.

The main symptoms of COVID-19 are fever, tiredness and dry cough, the WHO said, adding that some patients may have aches and pains, nasal congestion, runny nose, sore throat or diarrhoea.

According to the WHO, approximately one out of every six infected people becomes seriously ill and develops difficulty in breathing.

The R0 (pronounced R-naught), is a mathematical term to measure how contagious and reproductive an infectious disease is as it displays the average number of people that will be infected from a contagious person.

Severe acute respiratory syndrome (SARS), also caused by a coronavirus, was first reported in November 2002 in the Guangdong province of southern China.

The viral respiratory illness spread to 29 countries across multiple continents before it was contained in July the following year.

Between its emergence and May 2014, when the last case was reported, 8,098 people were infected and 774 of them died.

Various studies and the WHO suggest that the coronavirus that caused SARS originated from bats, and it was transmitted to humans through an intermediate animal – civet cats.

Symptoms of SARS are flu-like, such as fever, malaise, myalgia, headache, diarrhoea, and shivering. No other additional symptom has proved to be specific for the diagnosis of SARS.

The R0 of SARS is estimated to range between 2 and 4, averaging at 3, meaning it is highly contagious.

Approximately 80 percent of human cases were reported by the kingdom, but it has been reported in 27 countries.

As of March 2020, 2,521 MERS cases were confirmed globally with 866 deaths due to the illness, mainly in Saudi Arabia.

According to WHO, dromedary camels are a large reservoir host for MERS and an animal source of MERS infection in humans.

However, human cases of MERS infections have been predominantly caused by human-to-human transmissions.

If it gets severe, it might cause respiratory failure that requires mechanical ventilation.

R0 of MERS is lower than one, identifying it as it is a mildly contagious disease.