Beijing reacted furiously to a US intelligence report which suggested China covered up the true extent of the outbreak in its country. US President Donald Trump and Secretary of State Mike Pompeo have themselves called into doubt the official figures. Hua Chunying, a Chinese Foreign Ministry spokeswoman told a press conference: “China has been giving open, transparent and timely updates to the world as demonstrated clearly in the details my colleagues and I have elaborated on China’s response many times.

“The decisive and strong measures taken by the Chinese government ensured to the highest possible extent the life, safety and health of the Chinese people and bought precious time for stemming the global spread of the virus.

“We understand that the United States is facing difficulties and some U.S. officials are under pressure, and we feel deeply for the hardship of the American people.”

“We advise these politicians that, at this moment, they should put the safety of people’s lives and health before politics.” 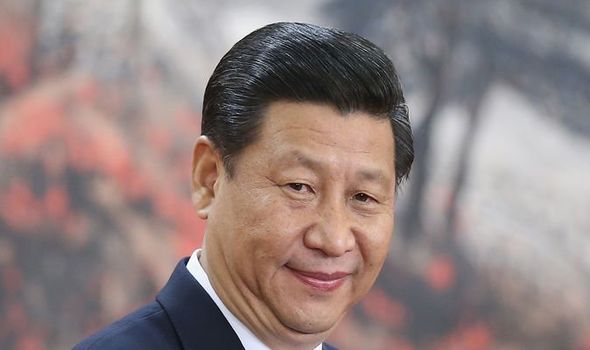 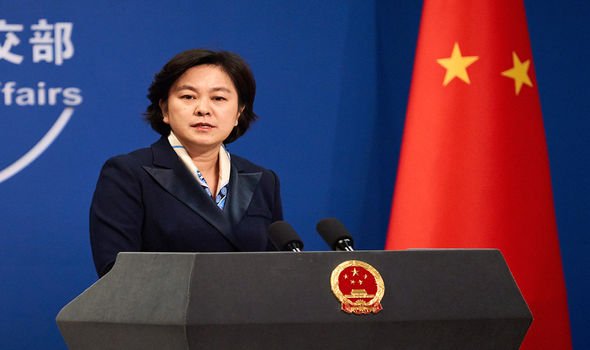 The Chinese Communist Party (CCP) have come under harsh criticism for initially attempting to hush up the outbreak and even suggesting the outbreak was a biological weapon from the US.

Trump angered China by referring to it as the “Chinese virus”.

Last week, pictures from a mortuary in Wuhan appeared to cast doubt on China’s official figures.

Official data from Beijing was the city had 2,500 deaths due to the coronavirus. 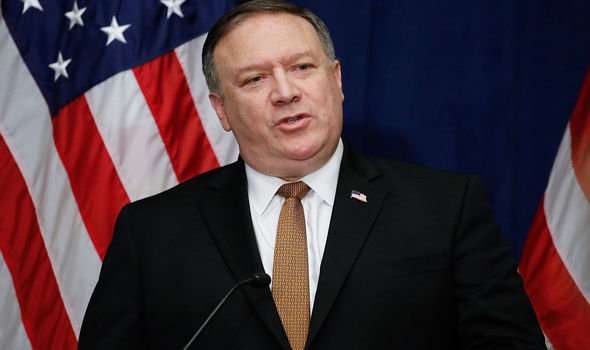 Pictures appeared to show 3,500 urns and a driver was reported to have said he delivered two deliveries of 2,500 urns to one of the city’s eight mortuaries.

China claims to have successfully dealt with outbreak with tourist attractions such as Shanghai Zoo being reopened and lockdown measures being eased.

Wang Zhonglin, the CCP chief for Wuhan, has warned against unnecessary travel for fear of a second wave of infections.

April 8 is the scheduled date for the lifting of measures with volunteers being seen disinfecting parts of the city. 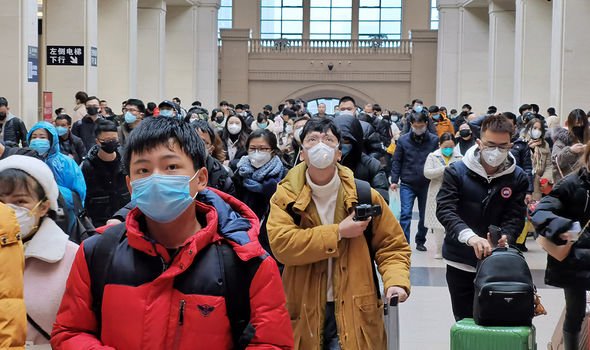 Zhong Nanshan is a respiratory expert who heads a body advising the central government.

In an interview with Shenzhen Television, Mr Zhong said: “With every country taking aggressive and effective measures, I believe the pandemic can be brought under control. My estimate is around late April.

“After late April, no one can say for sure if there will be another virus outbreak next spring or if it will disappear with warmer weather. 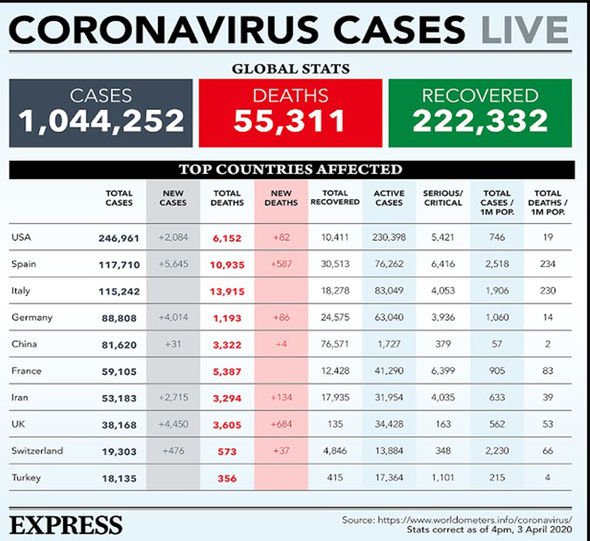 “Though the virus’ activity will certainly diminish in higher temperatures.”

Mr Zhong did not elaborate as to how he reached the hypothesis.

Matt Ryan, director of WHO’s health emergencies programme, said there were signs of the outbreak beginning to stabilise in Europe. 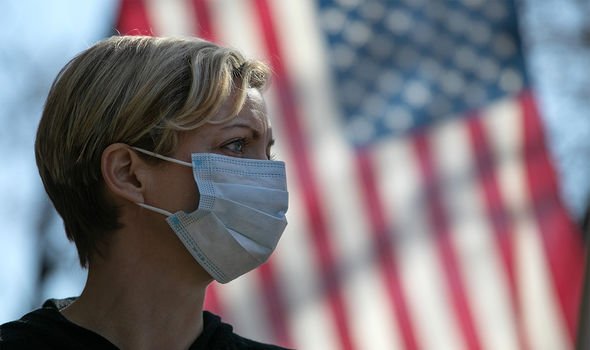 In the US, experts at the University of Washington forecast the peak of patients to come around April 20.

The US is now the epicentre of the outbreak globally.