A bus driver has died in France five days after he was attacked by passengers who refused to wear face masks, his family have said.

Philippe Monguillot, 59, was left brain dead after being assaulted on board his bus in Bayonne, southwest France, on 5 July.

He died on Friday after doctors agreed it was time to “let him go”, his 18-year-old daughter Marie said.

Mr Monguillot is thought to have been attacked after asking three men to wear masks and trying to check another man’s ticket late last Sunday.

It is illegal to board public transport without a face mask in France as part of coronavirus restrictions.

On Wednesday, hundreds of people – led by his wife Veronique – marched through Bayonne demanding justice. 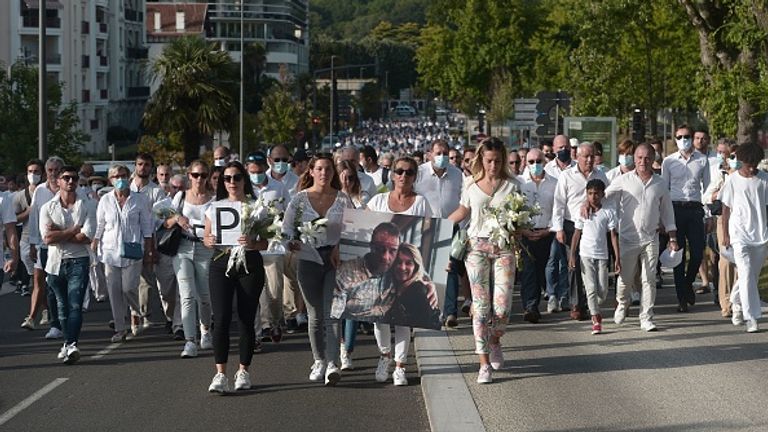 Traffic was brought to a standstill as Mrs Monguillot clutched a picture of them together.

She told crowds she will “fight to the end” for her husband, adding: “I have almost no more tears. I have anger and I’m not afraid to confront it.

They mayor of Bayonne, Jean-René Etchegaray, tweeted: “Philippe Monguillot has died. He succumbed to a barbaric attack while carrying out his job.

“A true public servant, he was a generous man. Solidarity to his colleagues. Our thoughts are with his wife and his family at this painful time.”