Protesters have gathered outside the home of a woman accused of fleeing northern Italy’s lockdown and later testing positive for coronavirus.

The claims about the woman’s travel came from Raffaele Lettieri, the mayor of her home town Acerra, near Naples.

In a video posted on social media, he said: “This person came down here from Lombardy on 9 March – today it’s the 29th and only now have we discovered they have tested positive. 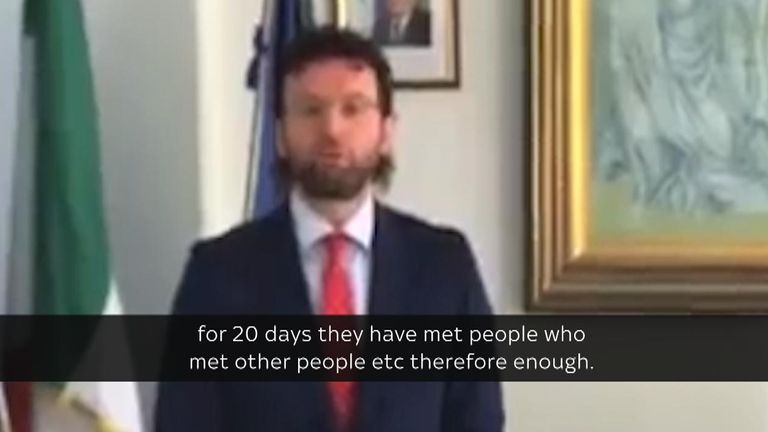 “If for 20 days this person hasn’t rigorously respected quarantine, for 20 days they have met people who met other people etc then enough.

“One person who doesn’t respect the quarantine is enough for the virus to spread.”

The young woman hit back at the mayor’s criticism on social media after her home was targeted by protesters.

She said in an emotional video message: “I never let myself leave my room, leave my house, like has been said.

“The mayor will have to give me an explanation because from the beginning I explained what happened.

“I explained immediately. Therefore, to be defamed like this I find truly shameful.” 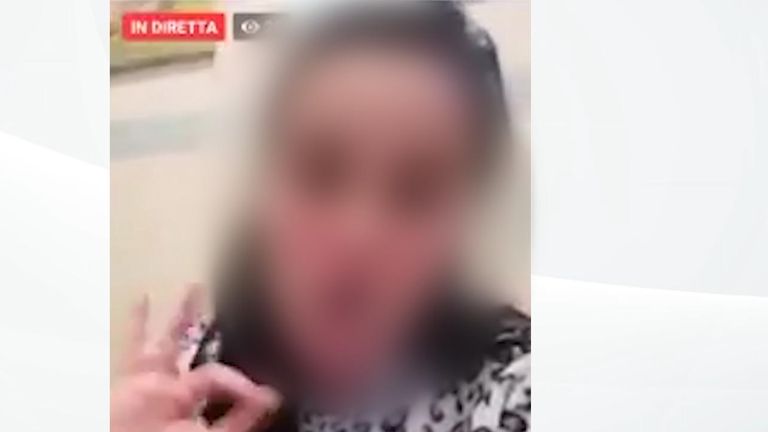 Italy has recorded the most coronavirus deaths in the world, with more than 11,500 people now dead.

The lockdown in the northern region of Lombardy, the worst hit region for COVID-19, came two days before the rest of Italy.

The south has a much higher level of unemployment and deprivation than the north and many travel to Lombardy for work.

The government has been criticised for giving advance warning of the lockdown in Lombardy, allowing the virus to spread as people jumped on trains and fled the region to their homes in the south of the country.

While the growth of the virus is slowing across the country, it is still rising at a faster rate in southern areas. Meanwhile, signs of unrest are growing.

Police are now patrolling supermarkets after the threat of raids and theft.

There have been emotional pleas to authorities from people who are struggling to put food on the table after the economic pain of three weeks in lockdown. The government made an urgent €400m (£355m) fund available on Saturday night to help people struggling to buy food. But mayors in the south of Italy say this is not nearly enough.

As social and economic tensions build, scientists and politicians have been holding separate talks in Rome on the next steps in this crisis.

Details of the plans have not yet been released but the head of the emergency response in Italy told Sky News they hope the crisis has peaked there.