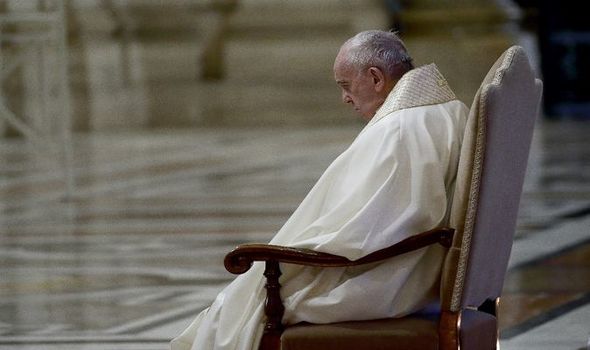 As the country reeled, Pope Francis prayed and gave a blessing in an empty St Peter’s Square in the Vatican. He said: “Thick darkness has gathered over our squares, our streets and our cities. It has taken over our lives, filling everything with a deafening silence and a distressing void.We find ourselves afraid and lost.”

The 919 people who died on Friday comes after 712 deaths on Thursday, 683 on Wednesday, 743 on Tuesday and 602 on Monday. Authorities warned Italy’s Covid-19 crisis has still not yet reached its peak, meaning it is inevitable that the current lockdown will be extended past April 3.

Figures from the hardest-hit northern region of Lombardy suggested the epidemic might be slowing, but another 500 people died there yesterday. Poorer southern areas are also seeing a sharp rise in deaths and cases – raising fears the health service could be overwhelmed. The number of confirmed cases rose to 86,498, up from 80,539, taking Italy’s total past that of China, where the epidemic emerged at the end of last year. 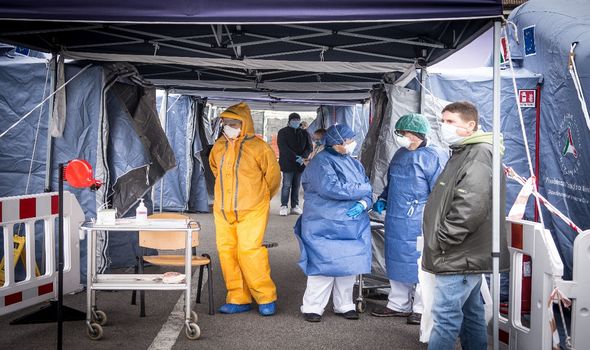 Numbers of both cases and fatalities have so far been far lower in Italy’s poorer South. But worrying signs are coming from regions such as the region of Campania around Naples and Rome’s Lazio where the health system is considered much less equipped to deal with the crisis than in the richer north. So far there have been 74 deaths from Covid-19 in Campania and 95 in Lazio.

In an open letter to Italy’s prime minister Giuseppe Conte, Vincenzo De Luca, president of Campania, complained that central government had not provided promised ventilators and other life-saving equipment. He said: “At this point there is the real prospect that Lombardy’s tragedy is about to become the South’s tragedy. We are on the eve of a major expansion of infections which may not be sustainable.”

Mr Conte told the Italian Senate that all of Europe would be hit by a “hard, severe” recession following the coronavirus emergency, and that “extraordinary and exceptional measures” were needed to face the shock. With analysts predicting that the strict measures will result in Italy sliding into its deepest recession in a generation, Mr Conte promised a second stimulus package worth at least £23billion.