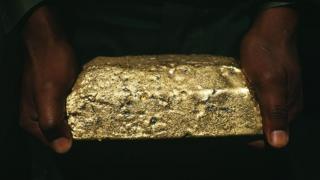 Operations at the world’s deepest gold mine, in South Africa, have been halted after 164 cases of coronavirus were detected there.

The Mponeng mine, like all others in the country, resumed operations last month after being closed in March as part of a national lockdown.

It had been operating at 50% capacity but some workers have reportedly raised concerns about their safety.

Most of those who tested positive were not showing any symptoms.

They have all been put into isolation, according to the mine’s owners, AngloGold Ashanti.

The company said that 650 workers had been tested after a first case was detected last week.

South Africa has the most cases of coronavirus in Africa – 21,343. It has recorded 407 deaths – fewer than Egypt and Algeria.

Mponeng mine, about 75km (50 miles) south-west of Johannesburg, extends up to 4km beneath the earth’s surface.

Electronic tracking is used in case miners go missing, and this system was “useful in quickly locating primary, or close contacts” of those who tested positive, the owners said.

Operations at the mine have been “temporarily halted” to complete contact tracing and “sanitize the workplace”, AngloGold Ashanti said in a statement.

BBC World Service Africa editor Will Ross says this outbreak, which follows another at a platinum mine, will be of concern to the South African government as well as the companies.

South Africa’s mines, where people often work in close proximity deep underground, have often been the epicentres for other communicable diseases like tuberculosis and HIV.

Despite years of relative decline, South Africa remains one of the world’s biggest gold producers and the sector is a vital part of the national economy.