Home » World News » Coronavirus: These Britons were holidaying in France – and then it was added to the quarantine list

France’s addition to the UK’s quarantine list was expected to spark a mass exodus of British holidaymakers desperate to return home before the need for them to self-isolate came into force.

With the measure kicking in from 4am on Saturday, car-carrying Channel Tunnel trains quickly became fully booked, prompting Eurotunnel Le Shuttle to tell people not to arrive at the terminal unless they have a valid ticket.

Also added to the list are Malta and the Netherlands, leaving Britons there similarly panicked.

Here, British holidaymakers tell Sky News how they have been affected by the sudden move as they rush to get back from their trip before they are required to self-isolate for 14 days.

Miranda Jessop, who was on holiday in France with her partner and three daughters

“So we crossed over yesterday, literally 24 hours ago, and drove quickly down south because we were heading to a villa down there.

“And then last night we realised that the quarantine had come in, so we quickly went online, booked a spot on the Eurotunnel and drove back.

“We did take a chance in going in the first place. We knew the situation when we were coming, so we half expected it to be honest with you.” Michael Giambrone, a teacher who was due back from France on Saturday

“Quarantine affected us as we were meant to come back tomorrow (Saturday) and we’d have arrived about 12 hours after quarantine.

“So we decided to book a last minute change. It took us about an hour, waiting online, but we managed to get through and rebook our ticket. Cordelia Lewis, a teacher who is in France with her husband Biron and their dog

“So we had been watching the news and saw that Spain had gone into lockdown.

“We figured that France would be next and so we changed our ticket, our return ticket, which was meant to be for next week, for today.

“I managed to get the dog seen by the vet, and yeah, happy days.

“We actually feel OK about it because we think we’ve been quite lucky and managed to change our booking.” 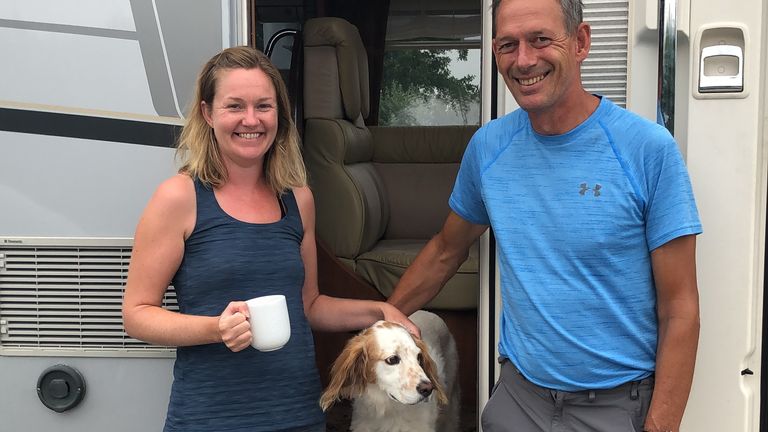 The couple’s eldest son was staying with his grandparents in the north of France when it was announced the country had been added to the quarantine list.

Mr Barratt said: “My wife was going back this weekend to see her parents and bring our son home.

“And then yesterday when we realised that the quarantine measure was coming in we had to scramble, because they were going to come back on Tuesday.

“My wife’s a nurse, she wasn’t going to be able to quarantine on her return. It would have messed up the start of the school term for my son.

“So she left the house this morning at half past six. She got a Eurotunnel train to the north of France. Her parents brought my son and they met just on the outskirts of Calais. She went straight back to the Eurotunnel terminal and was happily able to book a train late last night.

“We found a train pretty easily but we booked it two or three minutes after the announcement had been made.

“We feel very lucky that we got that train.”