Portugal could soon be added to UK quarantine list again after a rise in cases – less than two weeks after it was deemed “safe”.

Many flights have sold out as travellers rush to get back to the UK to avoid the prospect of two weeks of self-isolation.

Countries such as Czech Republic and Croatia have also been removed from travel corridor lists in recent weeks – so how is it decided who’s in and who’s out?

One of the main criteria is the latest seven-day infection rate, which gives an estimate of the prevalence of active cases.

If it reaches 20 reported new cases per 100,000 of the population then authorities consider ordering returning travellers to quarantine.

That’s why many tourists on the Algarve’s famous beaches have been packing up early – Portugal’s figure hit 21.1 in the seven days to 30 August, up from 14.5.

Its two-week cumulative rate was 36.9 on 2 September, according to the EU’s disease control agency.

But this isn’t the only factor.

Public Health England told Sky News it weighs the weekly data alongside longer-term trends on cases and deaths, and how the infection rate could develop in coming weeks.

The amount of testing in a country, the “quality” of its data, and “government actions” are also examined.

If only limited testing is being done it may be hard to have confidence the figures give an accurate picture, so it’s important to see how many tests are actually being done relative to the population.

PHE said the proportion of tests with a positive result can be a crucial measure.

Because limited testing makes it likely cases will be missed (and more widespread testing that more will be identified) it can help better understand what’s going on – and if quarantine restrictions might be needed.

Some countries, such as Australia and South Korea, have a rate of around 1% and it can take hundreds or even thousands of tests to find a positive case, say experts as Oxford University.

But in Mexico for example, the rate is much higher and new cases are found every handful of tests.

The World Health Organisation said in May that a positive test rate of less than 5% was one indicator a country’s outbreak is under control.

Tough proactive measures to prevent and tackle any flare-ups are also likely to be viewed favourably when UK experts and ministers weigh up the overall picture for any given country.

Also important is whether any increase in infections is down to a general spread of the virus across a country – or a more contained, local outbreak.

For example, clusters of cases in Zante in Greece have prompted the Welsh government to ask travellers returning home from the island to self-isolate. 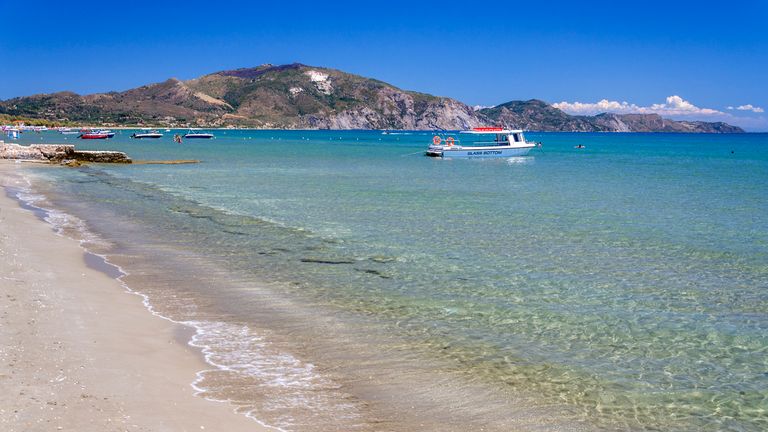 Scotland has gone further and decided to take Greece off its “safe” list entirely from Thursday morning.

However, there are currently no restrictions for travellers returning to England.

Who decides which countries are a ‘risk’?

The UK nations are advised by their own public health bodies and have control of their own travel rules, so some may act earlier than others, but the restrictions are nearly identical.

Ministers in England decide based on advice from PHE and the Joint Biosecurity Centre – the body which also advises on local lockdown.

The centre’s advice may also feed in to the decisions taken by the other UK governments.

Changes to quarantine lists could be made any time on public health grounds, but in England announcements are usually made on a Thursday with the changes taking effect on the Saturday.