Home » World News » COVID-19: Biden will not trek to Milwaukee for convention speech 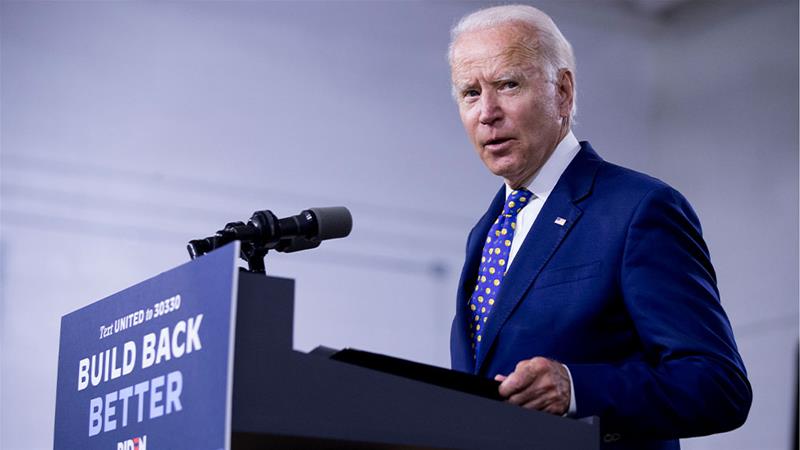 Joe Biden will not travel to Milwaukee to accept the Democratic presidential nomination due to concerns about the coronavirus, party officials said Wednesday, signalling a move to a convention that essentially has become entirely virtual.

“From the very beginning of this pandemic, we put the health and safety of the American people first,” said Democratic National Committee (DNC) Chair Tom Perez.

“We followed the science, listened to doctors and public health experts, and we continued making adjustments to our plans in order to protect lives. That’s the kind of steady and responsible leadership America deserves. And that’s the leadership Joe Biden will bring to the White House,” Perez said.

Neither the Biden campaign nor DNC officials offered details about how Biden might give his nomination acceptance, which even in the pandemic could be a made-for-screen event that reaches tens of millions of voters via television and online.

A DNC official said all speakers and presenters for the August 17-24 Democratic convention are now expected to appear from remote locations.

Trump already had abandoned plans to accept the Republican nomination in person. He mused in remarks to the Fox News television outlet on Wednesday about potentially making his acceptance speech from the White House.

“Well, we are thinking about it. It would be easiest from the standpoint of security,” he said during an interview with the US TV show Fox & Friends. 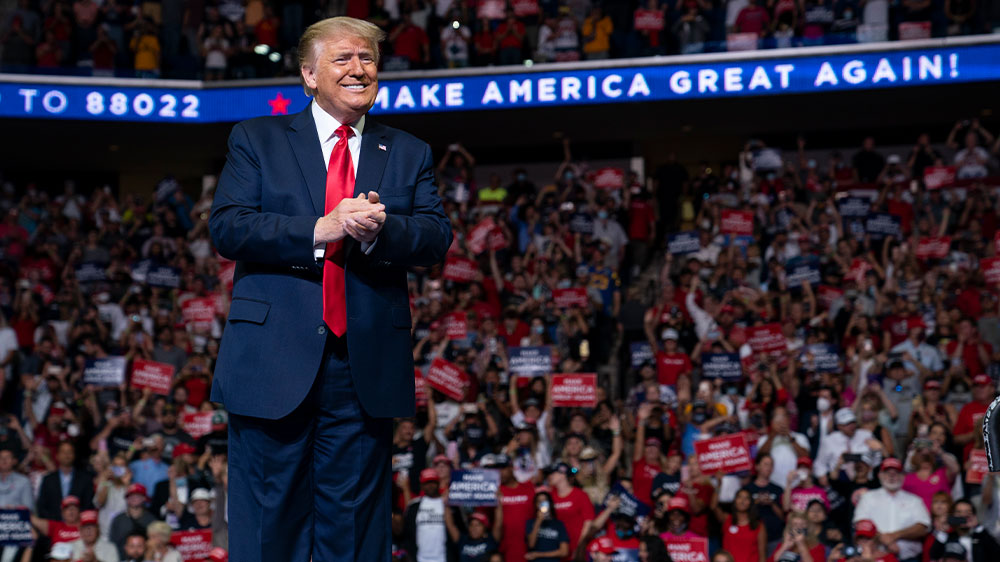 Biden and the Democrats for months have moved toward a virtual convention, first by delaying the event from its original mid-July date to the week before Republicans’ scheduled convention in Charlotte, North Carolina.

DNC officials later authorised organisers to plan for virtual proceedings, then added an explicit call for delegates not to travel to Milwaukee. More than 4,000 delegates already were casting mail ballots for Biden’s nomination and a platform that had been written and approved in meetings conducted online. Until Wednesday, it was expected that Biden and his running mate would speak from Milwaukee.

Biden is in the final days of deciding on a vice presidential candidate, who he has said will be a woman.

Trump has been far more reluctant to alter his convention plans, as he sought to downplay the pandemic’s significance and push the country to return to normal operations.

Trump jousted with North Carolina Governor Roy Cooper, a Democrat, because Cooper would not guarantee the president that North Carolina would lift restrictions on large public gatherings so that Trump could pack Charlotte’s indoor professional sports arena.

Trump then said he would travel to Jacksonville to make his address, a decision welcomed at the time by Florida Republican Governor Ron DeSantis. But Florida has since seen its COVID-19 cases spike, part of a national trend that led Trump to yield to public health experts and cancel the event.

A Reuters/Ipsos poll conducted August 3-4 found that Biden leads Trump by 10 percentage points in support among registered voters, less than 90 days before the presidential election. A plurality, 44 percent, believe Biden would be better than Trump at steering the nation’s response to the pandemic.

Biden’s Democratic presidential campaign is reserving $280m in digital and television ads through the fall, nearly twice the amount Trump’s team has reserved.

The Biden campaign announced in a Wednesday memo that it is reserving $220m in television airtime and $60m in digital ads, in contrast to the $147m the Trump campaign has reserved, according to a review of Kantar/CMAG data by The Associated Press. Both campaigns can add to or subtract from their reservations at any time.