Currently two doses are administered for both the Pfizer and Oxford/AstraZeneca vaccines. However according to Spain’s ABC Sociedad news service this could be changed for those who have already tested positive for COVID-19.

Studies show those who have caught coronavirus develop antibodies which provide them with some protection against reinfection.

Speaking at a press conference Spanish health minister Silvia Calzon commented: “There is a debate about how to act with people who have already had the disease, if with one or two doses.”

She revealed the question is being looked at by a public health commission including the ministry of health and representatives from Spain’s autonomous communities.

Ms Calzon spoke alongside Fernando Simon, director of the Centre for the Coordination of Health Alerts and Emergencies, about the future of Spain’s vaccination effort. 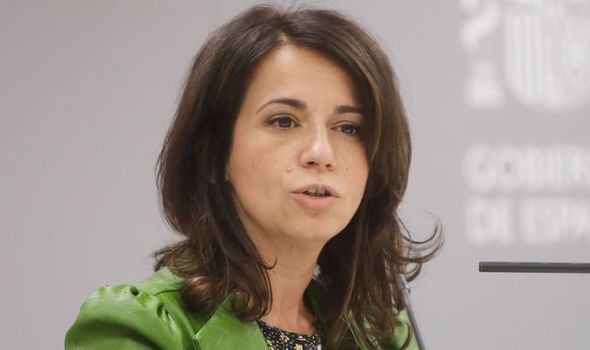 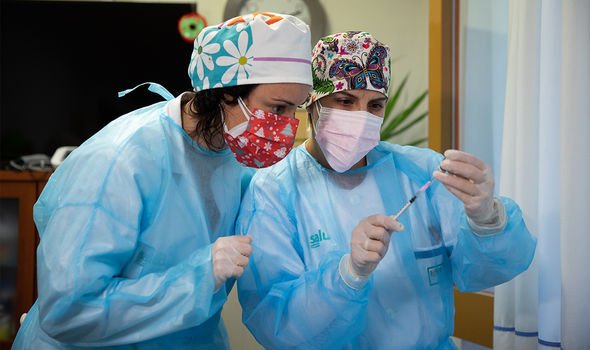 The minister insisted the supply of vaccines will become “much greater” from April onwards.

Spain, like other EU member states, has been suffering from a slow vaccine rollout due to the shortage of jabs.

As of February 24 only 4.7 percent of the Spanish population had received their first coronavirus vaccine.

However 2.6 percent had received both jabs, a higher figure than for the UK where first jabs are being prioritised. 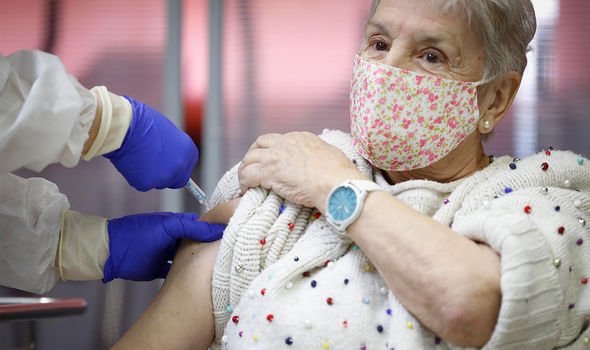 Britain has already vaccinated over 27 percent of its adult population.

On February 25 another 485,720 vaccinations were confirmed by the Government.

Spanish authorities are also reassessing whether the Oxford/AstraZeneca vaccine can be used for those aged over 65.

The European Medicine Agency, along with the British Government, insist it is effective for this age group but a number of European countries have imposed restrictions. 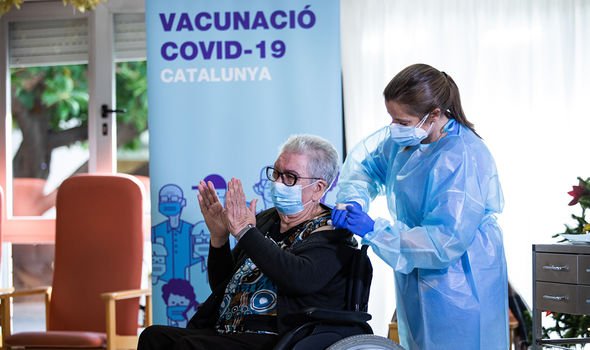 On Monday Boris Johnson unveiled the plan for taking England out of lockdown.

This will see all coronavirus restrictions on socialising lifted, in a series of stages, by June 21.

However this could be delayed if the number of infections fails to fall as sharply as hoped or a new more dangerous Covid variant emerges.

Spain has recorded 68,813 deaths from coronavirus since the pandemic began.

The worst hit areas have been the Community of Madrid and Catalonia which have registered 13,793 and 10,494 deaths respectively.

In total just under 3.2 million coronavirus cases have been reported in Spain since the pandemic began. 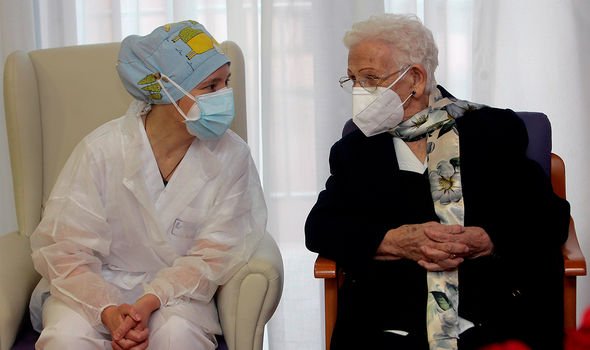 She said: “I am aware that alone a country can be a speedboat, while the EU is more like a tanker.

“But I am absolutely convinced that the European approach is the right one.