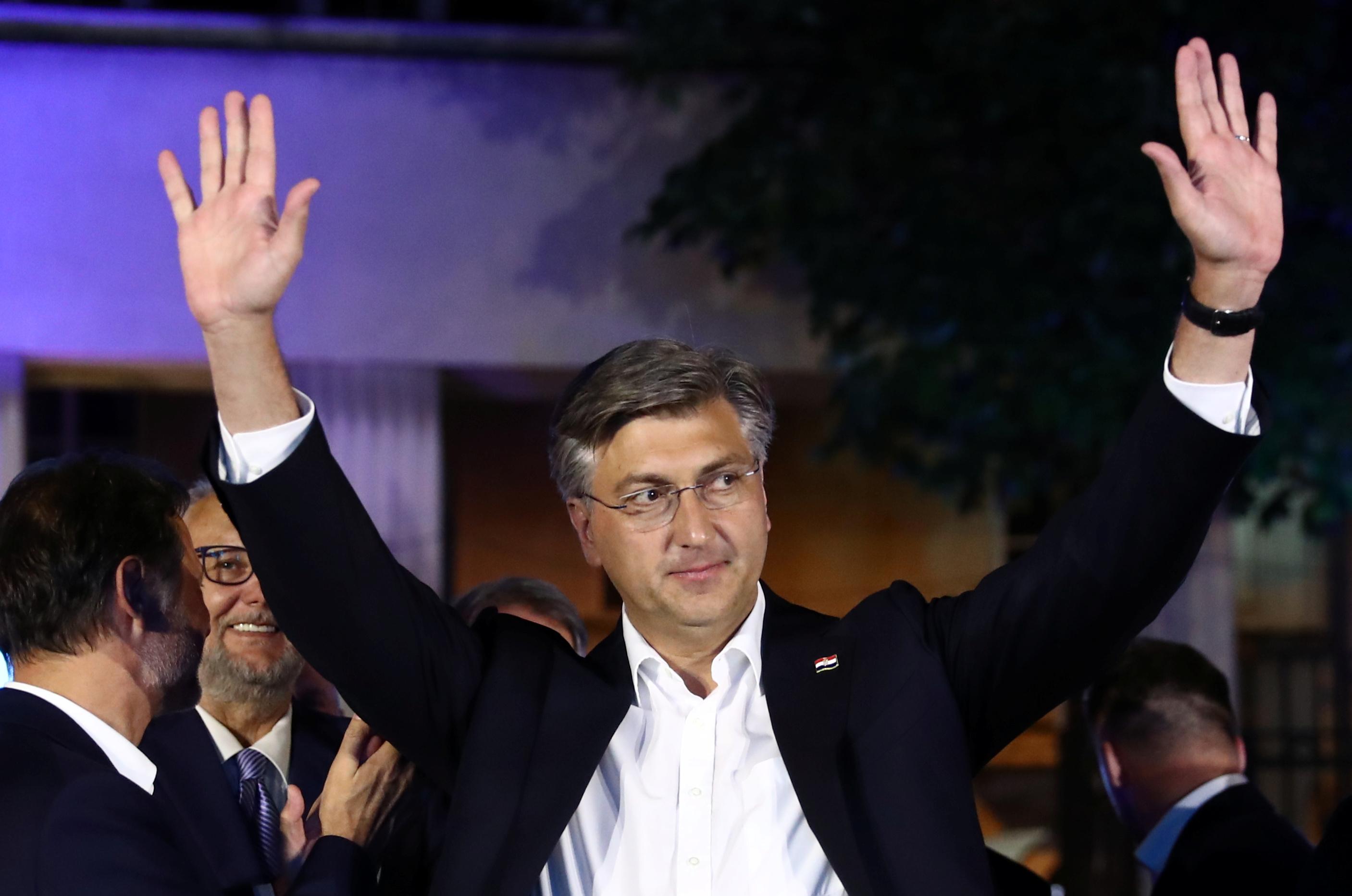 ZAGREB (Reuters) – Croatia’s ruling centre-right Croatian Democratic Union (HDZ) convincingly won a parliamentary election on Sunday, held at a time of rising coronavirus infections and a sharp economic downturn due to the pandemic.

The official results after around 60% of votes were counted gave the HDZ 68 seats in the 151-seat parliament, while its top opponent, the Social Democrats (SDP) and its small allies, secured 43 seats.

Nationalist and eurosceptic bloc Domovinski Pokret (Homeland Movement), led by popular singer Miroslav Skoro, came third with 15 seats followed by the conservative Most (Bridge) party with eight seats and leftist Mozemo (We can) with six seats.

The HDZ will now seek partners to form yet another ruling coalition which analysts believe should not be too difficult given their strong performance.

“They have a pretty comfortable position now as they may be able to choose their partners and may not need to negotiate with their opponents on the right-wing spectrum of the political scene,” political analyst Berto Salaj told state television.

The HDZ leader and incumbent Prime Minister Andrej Plenkovic said the victory brought with it an obligation to work hard.

“Croatia is facing serious challenges which require from us responsibility, knowledge and experience. That is exactly what we have offered to the Croatian voters,” he said addressing his party supporters.

The new government will have an uphill task to keep a grip on the coronavirus while trying to restore the economy, which is expected to shrink about 10% this year. Tourism revenues are forecast to slump 70%.

Croatia has reported a relatively small number of COVID-19 infections – a little over 3,000 cases and some 100 deaths so far – but infections have accelerated in the past two weeks, with the daily number of new cases peaking at about 80.