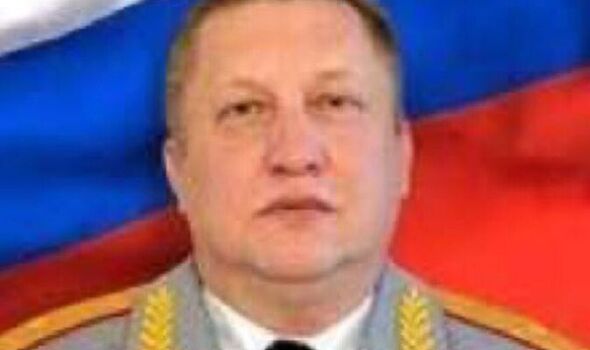 Major General Artem Nasbulin was reportedly killed in an artillery strike near Kherson in southern Ukraine. The Ukrainians have been using long range precision artillery, namely the US-provided HIMARS, to strike command posts and ammo dumps far behind the Russian frontlines.

General Nasbulin, who was Chief of Staff for the 22nd Army Corps, was killed during a strike on a command post in Kherson City, according to Ukraine.

The news comes as Ukraine has been using the new artillery systems to devastating effect across the frontline. The systems can strike a target with an error margin of just a few metres from 50 miles away.

Reports on Russian Telegram channels show Russian soldiers lamenting the fact that Russian anti-air defences, so far, do not seem to be able to stop the rockets.

Roman Saponkov, a Russian military blogger embedded with Russian forces, said the HIMARS can “land on a penny”.

In a Telegram post, he said: “Yesterday I happened to witness a Himars strike on Chernobayevka in Kherson, practically in front of my eyes.

“I’ve been under fire many times, but I was struck by the fact that the whole packet, five or six rockets, landed practically on a penny.”

He added: “Usually MLRS lands in a wide area, and at maximum range it completely scatters like a fan. It makes an impression, I won’t dispute that.

“It is clear this is just the beginning. They are going to hammer Kherson and other border cities, Belgorod in particular. They will cover all the command posts and military installations they have gathered data on for the past four months.”

Russian military bloggers sometimes play the role of combat journalists in Russia, many are widely followed within the country.

Many military bloggers in Russia have been at odds with Russian leadership over their waging of the war, urging them to step up assaults in Ukraine. One prominent blogger said Russian artillery was going “shell hungry” due to strikes on ammunition storage dumps.

It is believed that at least 10 munitions have been hit over the past week or so, but that number could be as high as 25. Although it is unconfirmed that these strikes were all carried out by HIMARS, their distance from the front seems to suggest their use.