BELGRADE (Reuters) – A group of opposition supporters stormed the Serbian parliament building in Belgrade on Tuesday in a protest against a lockdown planned for the capital this weekend to halt the spread of the coronavirus. 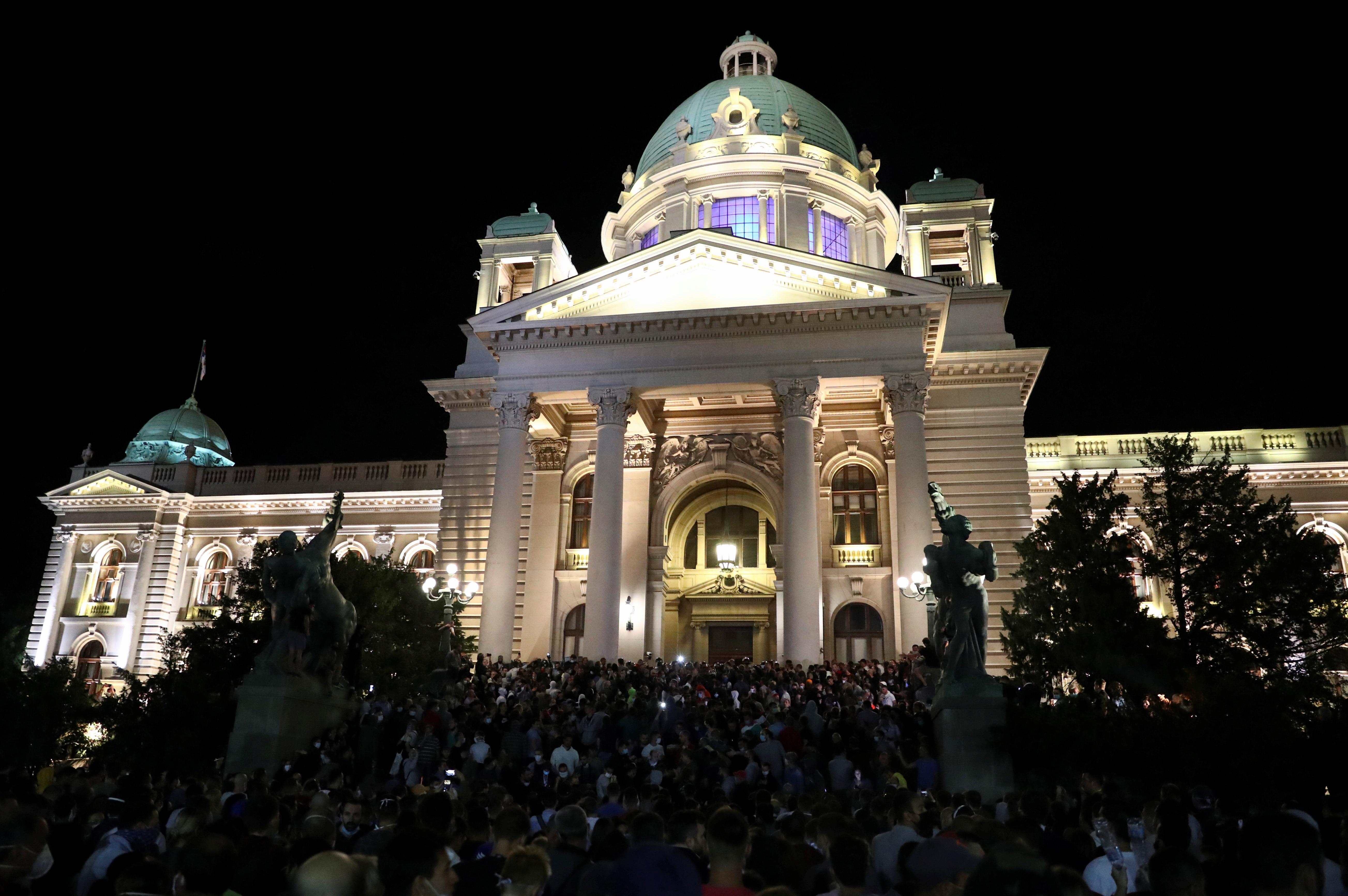 Serbian President Aleksandar Vucic said on Tuesday evening that stricter measures including the lockdown of Belgrade over the weekend would be introduced because of the rising number of coronavirus infections.

Opponents blame the increase on the government and say people should not have to pay the price for another lockdown.

Around 10 p.m., a small group of protesters pushed past a police cordon, broke through a door and entered the parliament building. But police later pushed them back.

The crowd demanded Vucic’s resignation and shouted: “Serbia has risen.” A Reuters cameraman said the police threw teargas, pushing the crowd away from the parliament building. Police reinforcements later arrived.

“People gathered spontaneously. Discontent can be felt in the air,” Radomir Lazovic of the Do Not Let Belgrade Drown opposition group told N1 television.

Serbia, a country of 7 million people, has reported 16,168 coronavirus infections and 330 deaths. But the numbers are spiking and 299 cases and 13 deaths were reported just on Tuesday.

Epidemiologists and doctors warned that hospitals were running at full capacity and that medical workers were tired.

In early March, Serbia introduced a lockdown to halt the spread of the coronavirus.

But in late May, the Balkan country was among the first to open up and set elections for June 21. During the campaign, Vucic’s ruling Serbian Progressive Party (SNS) organised rallies at which people did not wear masks.

Top party officials, including the president’s adviser, were infected after celebrating their election victory in a small room while not wearing masks.

Opposition parties, many of which boycotted the election, criticise Vucic for using the lockdowns to strengthen what they call his autocratic rule.