MADRID (Reuters) – Spain’s fragile left-wing coalition won backing from political foes to extend a state of emergency on Wednesday as public protests simmered over the coronavirus’ damage to the economy and tough social restrictions. 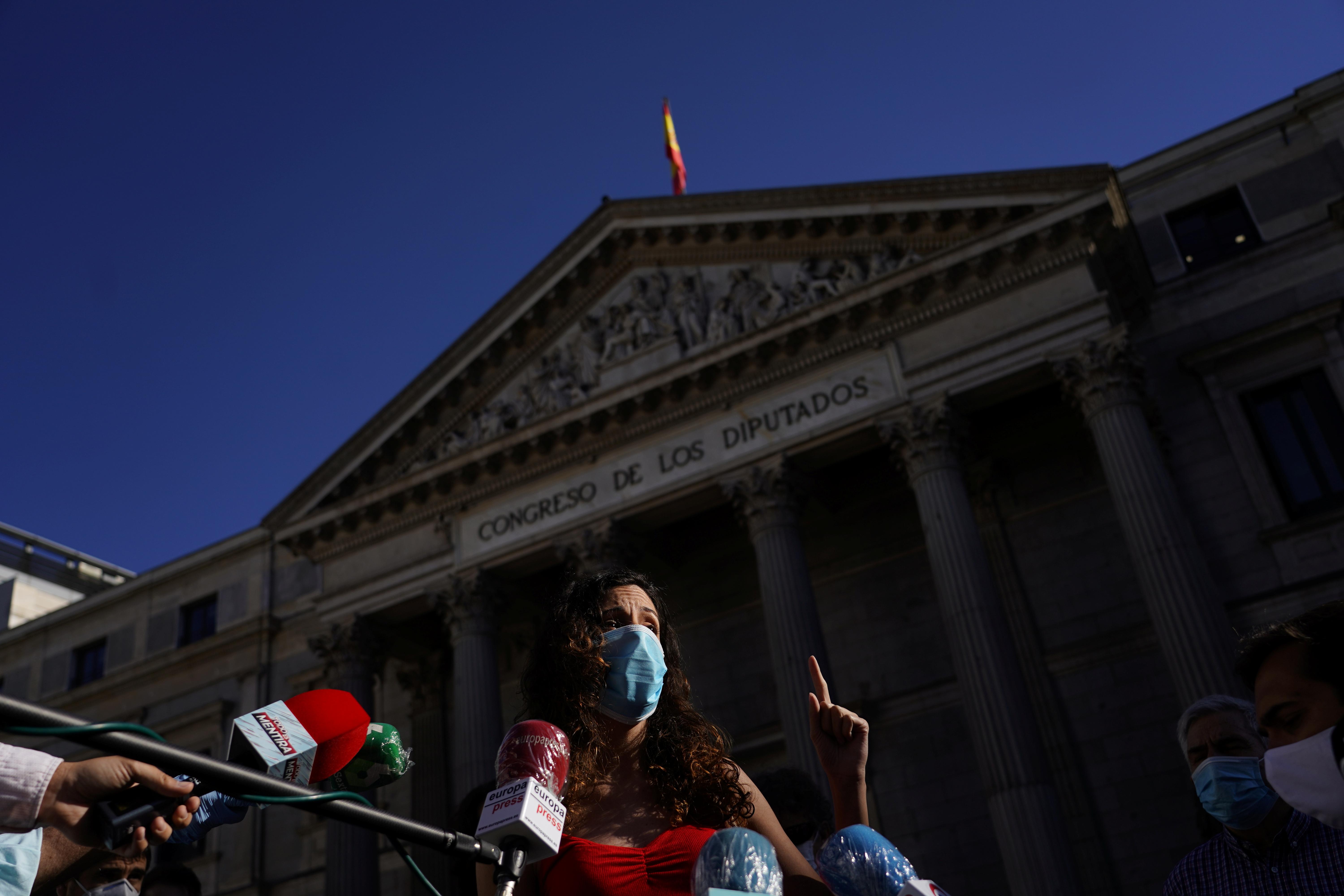 Even though deaths are slowing and Spain hopes to mostly lift a strict lockdown by the end of June, Prime Minister Pedro Sanchez wants to keep special powers for two more weeks to control the easing of restrictions.

After four previous extensions, he was back in parliament to drum up support again and narrowly passed the measure with the help of small parties. “No one has the right to waste what we have achieved together,” Sanchez said.

With the Bank of Spain forecasting the tourism-dependent economy to contract up to 12.4% in 2020, frustration is bubbling up.

Pablo Casado, leader of the conservative People’s Party, accused Sanchez of wrecking the economy and pledged to block his minority government’s legislative agenda. “Every vote is an agony for you and the rest of the term will be an ordeal,” he told parliament.

On the streets, groups of up to a few hundred have been gathering daily at 9 p.m. to bang pots and pans and call for the government’s resignation, sometimes violating social-distancing rules.

Initially associated with the far-right Vox party, the movement, which began in Madrid’s wealthy Salamanca neighbourhood, has spread from the capital to other cities such as Seville and Zaragoza.

On Monday and Tuesday, about a dozen masked protesters gathered outside the Madrid home of Transport Minister Jose Luis Abalos. Videos showed a woman goading him to come out.

At the weekend, dozens of people draped in flags protested with pots and pans in front of the house that Vice President Pablo Iglesias and Equality minister Irene Montero share in the affluent suburb of Galapagar, north of the capital.

Pockets of discontent have been breaking out elsewhere around Europe, from businesses demanding aid to some more overtly political demonstrations.

“Say no to dictatorship” and “Stop health fascists” have been some of the slogans on banners in largely right-wing-organised protests in Germany that have capitalised on rising unemployment and unease over lockdown.

One demonstration in Stuttgart drew tens of thousands.

But in France and Italy, both hard-hit by the pandemic, protests have been notably rare. Italian Prime Minister Giuseppe Conte’s approval rating remains high even though his nation was the first to be locked down in Europe.

“The difference between Spain and other countries in Europe is that the level of polarisation was already very high before the crisis,” he said. “The coronavirus is exacerbating it.” 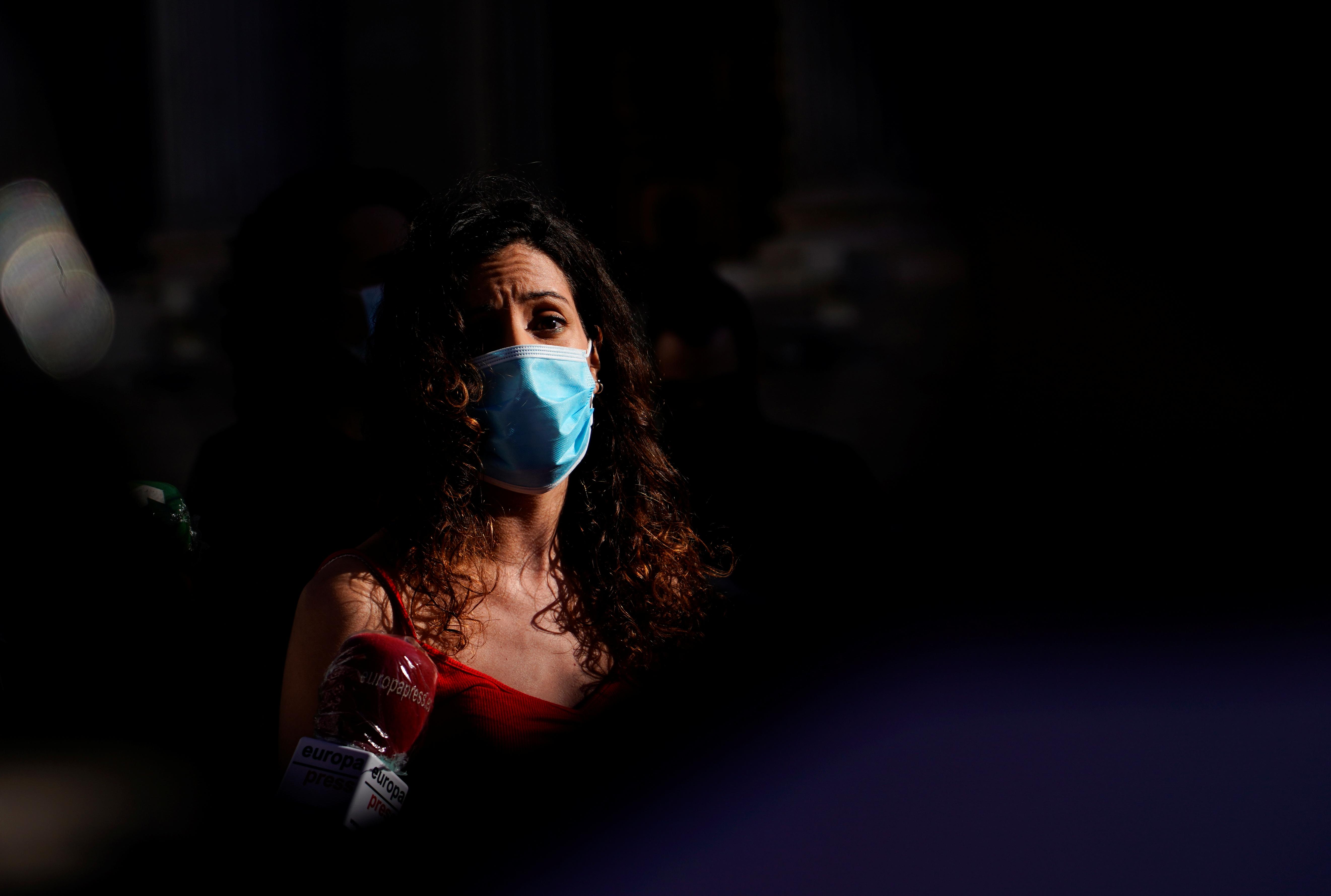 The risk from this, the analyst said, was that it obscures legitimate criticism. “If the debate is whether the government is waging a coup or not, there’s no space to raise questions on concrete things like the use of face masks,” he said.

Spain has eased restrictions to allow children outdoors and some shops and beaches to reopen. But it has a quarantine for overseas travellers and ordered all citizens, including children over six, to wear masks in public.

“They didn’t consult anyone…It was a disastrous handling of the situation,” said Madrid resident Paloma.