SHARYA, Iraq (Reuters) – Hundreds of Yazidi families driven from their hometown of Sinjar in northern Iraq years ago are now returning as the impact of coronavirus lockdown measures makes their lives in exile even harder. 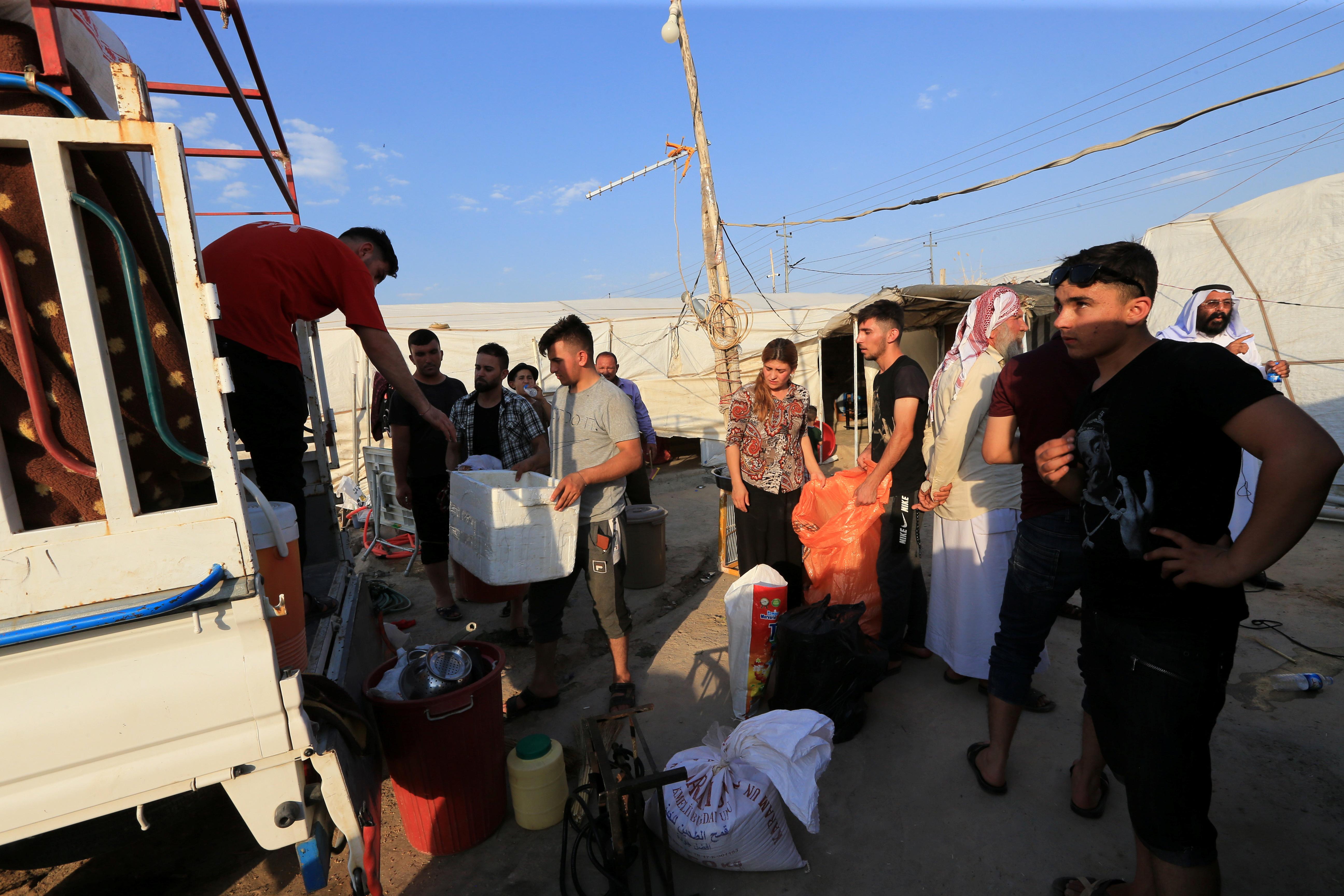 Many have lost their jobs and aid from donors in Sharya, where they have been living since they fled Sinjar in 2014.

Mahma Khalil, the mayor of Sinjar but now in exile in Dohuk in Iraq’s Kurdistan region, said more than 1,200 displaced families have returned from their temporary homes to Sinjar since June. Most had relatives there who serve in the military or police, he said.

Overrun by Islamic State in 2014 and liberated by an array of forces the following year, little has been rebuilt in Sinjar.

Water is scarce and power intermittent in the city, whose former occupiers killed thousands of Yazidis and forced many women in sexual slavery.

Despite the devastation that makes the city still largely unfit for habitation, members of this ancient minority feel they have no other choice.

Young men from his community who used to earn up to $17 a day working at restaurants and factories can no longer find work because of the lockdown’s impact on the economy, al-Hamo said.

As he spoke, men carried pieces of furniture, blankets and bags of food out of his home and piled them onto the back of a pickup truck.

The coronavirus outbreak has worsened Iraq’s economic crisis, pushing oil prices down in a country that depends on crude export for more than 90% of its revenue. Restrictions on travel and curfews have driven many out of work.

Al-Hamo’s daughter-in-law Gole Zeblo Ismaeel said that the monthly aid packages they used to depend on became scarcer as the crisis impacted the work of humanitarian organizations.

Another reason for their return was the restriction on internal travel between semi-autonmous Kurdistan and neighbouring Iraqi regions, imposed since March to curb the spread of the virus.Al-Hamo said that most Yazidi families in Sharya have a son enrolled in armed forces stationed in Sinjar, who have been unable to visit for weeks.

“Some haven’t seen their families for over three months now,” he said.    Although their hometown is destroyed, al-Hamo said they have been promised support by local aid organisations upon their return and he believed soon he will be reunited with the rest of his family soon.

“I registered over 400 names and phone numbers of relatives, members of the tribe and of the community. They said that once we, the sheikhs and tribal leaders, go back, they will follow us,” he added.

Khalil said he has been pleading for funds from the central government to step up reconstruction efforts in Sinjar but he believed it would not happen any time soon.