ATHENS (Reuters) – Divers removed half a tonne of abandoned fishing gear covering a British submarine that sank off the Greek island of Kefalonia in 1941 as well as other wrecks in an effort to protect the area’s loggerhead sea turtles, dolphins and monk seals. 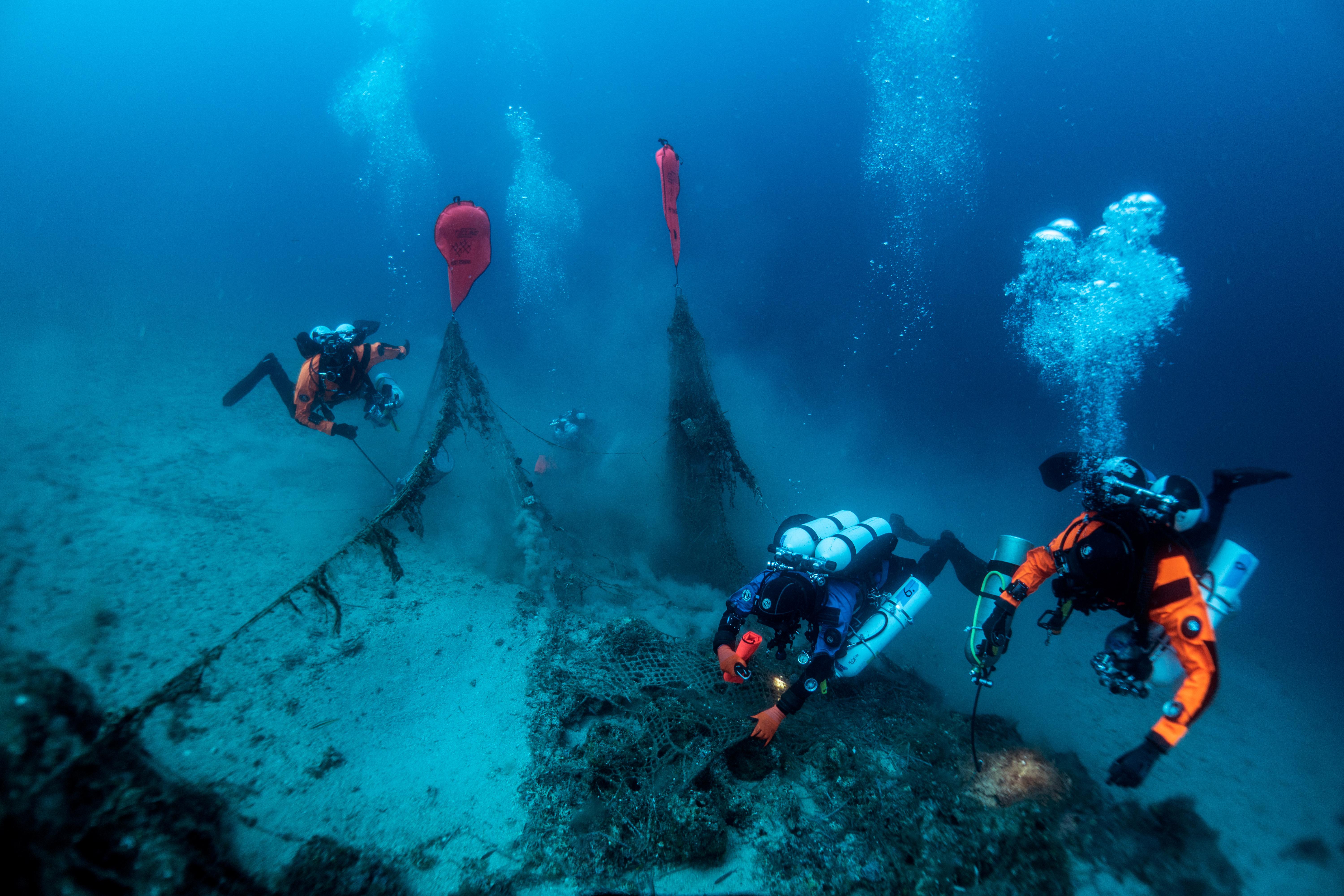 The Healthy Seas initiative, which organised the operation, said millions of animals die every year after getting trapped in the nylon gear.

Last week, Greek and Dutch volunteers dived 52 meters into the waters between the islands of Kefalonia and Zakynthos to remove nets entangled around HMS Perseus, one of the biggest submarines of World War Two and a cultural heritage site.

The cleanup mission focused on the submarine’s conning tower and the front outer hull.

“The underwater cleanups lasted five days targeting also other wrecks in the area, at 50 metres depth, and recovering a total of 500 kilos of lost fishing gear,” said Healthy Seas.

The nets recovered will be regenerated together with other nylon waste and used for the production of socks, swimwear, and carpets, it added.

A similar cleanup operation was conducted last year by another organisation.

HMS Perseus hit a mine in December 1941. Its only survivor, British Navy stoker John Capes, made it to the surface and swam miles in the dark to reach Kefalonia, where he was sheltered and hidden by islanders for more than a year.

The wreck was located by Greek divers in 1997.