Home » World News » Does Japan have nuclear weapons? The 9 countries in possession of the deadly missiles

Finland has an underground nuclear bunker network in Helsinki

Nuclear weapons have been Russian President Putin’s key ammunition to warn off other countries from intercepting in his war with Ukraine since it began in February. While these damning threats cast a looming shadow over the globe, concerns have arisen as to whether or not the president would act on his dangerous rhetoric. It even stirred a dialogue within countries traditionally anti-nuclear to consider hosting some of their own.

This sort of dialogue emerged in one particular country, Japan, in the wake of the war.

Does Japan have nuclear weapons?

No, the East Asian country of Japan does not currently possess nuclear weapons.

The late former Prime Minister of Japan, Shinzo Abe, actually called for Tokoyo to consider hosting US nuclear weapons following the outbreak of the Russia-Ukraine war. 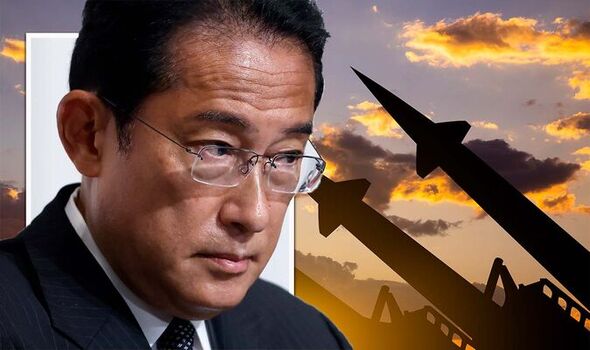 According to Nikkei Asia, Mr Abe said in a TV interview in March: “In Nato, Germany, Belgium, the Netherlands and Italy take part in nuclear sharing, hosting American nuclear weapons.

“We need to understand how security is maintained around the world and not consider it taboo to have an open discussion.

“We should firmly consider various options when we talk about how we can protect Japan and the lives of its people in this reality.”

However, these calls were quickly cast aside by Japan’s current prime minister, Fumio Kushida, declaring it “unacceptable” given the country’s adherence to the three non-nuclear principles.

Being the only country to have been attacked by nuclear missiles, Japan is part of the US nuclear umbrella. The umbrella serves as a guarantee to defend a non-nuclear allied state, however, it also adheres to the three non-nuclear principles.

The three non-nuclear principles were initiated to achieve and maintain safety in Japan by not possessing, producing, and permitting the introduction of nuclear weapons on its territory. 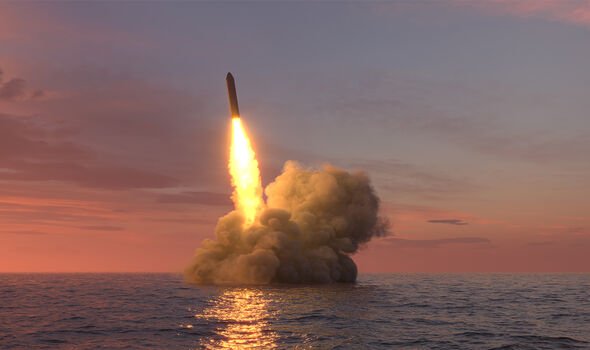 These principles enshrine its post-World War II pacifism, and the country has maintained this stance ever since.

Which country has the most nuclear weapons?

Described as the most dangerous weapons in the world, nuclear weapons are enormously explosive devices that derive their destructive force from nuclear reactions.

Blasting a shockwave of heat and lethal ionizing radiation, one nuclear bomb has the power to destroy an entire city completely, as well as cause untold damage to locations up to 50 miles outside of its detonation.

Based on publicly available information, the Arms Control Association estimates there to be around 13,080 nuclear warheads in circulation – with some countries possessing more than others.

The countries in possession as of January 2022 in order of volume include:

Russia is currently in the midst of producing a new, next-generation ‘unique’ nuclear missile.

Mr Putin confirmed in June that the RS-28 Sarmat – dubbed Satan 2 – will be ready for deployment by the end of the year.

Russia has warned that new tests for the deadly weapon are imminent as tensions continue to rise in the West.

In newly released photos, Russia’s space chief Dmitry Rogozin can be seen inspecting the 200-tonne weapon – the size of a 14-storey tower block – as it was transported into a forest.

Mr Rogozin confirmed Satan 2 was already in mass production, before confirming: “The world’s most powerful global-range nuclear-tipped missile is being prepared for new tests and serial production.”

He said the bomb “remains only to advise the aggressors to talk more politely with Russia”.