During a rally in Ohio on Saturday, the former 45th president of the US hinted at the possibility of returning to the White House in 2024. Referencing his belief that the 2020 election result was fraudulent, Mr Trump said: “We won the election twice and it’s possible we’ll have to win it a third time. It’s possible.”

Despite losing out to Joe Biden in last year’s presidential election, Donald Trump still holds influence over large swathes of the Republican party.

Speaking exclusively to Express.co.uk, Simon Dolan, political commentator and author of Trump: The Hidden Halo, believes another Republican candidate could pose a greater threat to the Democrat’s hold over the White House. 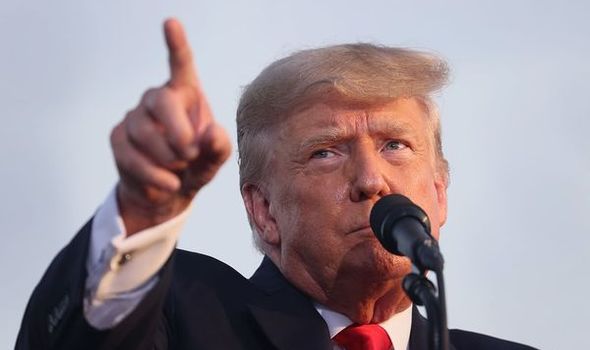 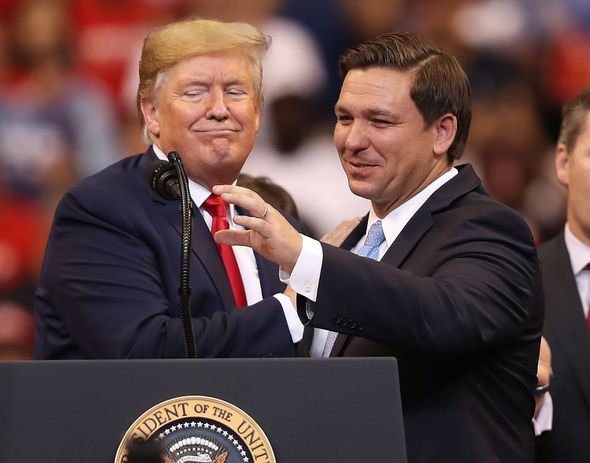 “However, whilst many people would like to see him seek the Republican nomination ahead of the 2024 Presidential election, the biggest threat to the Democrats’ tenure in the White House could come from elsewhere.

“The political astute and media-savvy Florida Governor, Ron DeSantis is well positioned to be the natural heir to Trump’s republican party.

“Should Donald Trump endorse DeSantis, he would become the kingmaker for a candidate with the ability to unite both Trump’s loyal support base and self-defined ‘Never-Trumpers’, posing a huge threat to the Democrats come 2024.”

A recent poll made during the Western Conservative Summit placed Ron DeSantis ahead of Mr Trump as the favourite to win the Republican nomination. 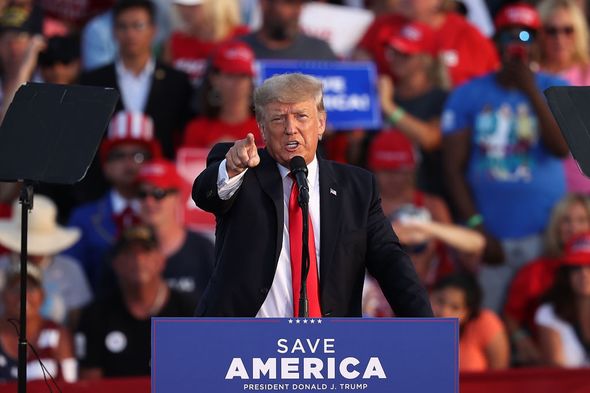 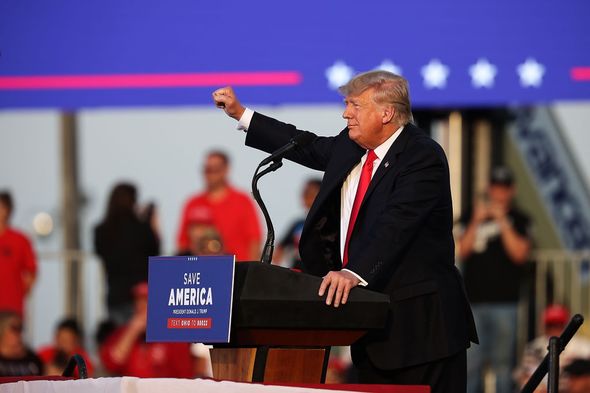 People attending the summit were asked to vote for their favourite candidate for 2024 out of both republican and Democratic candidates.

Mr DeSantis pulled ahead as the favourite with 74.12% compared to Mr Trump’s close second with 71.43%.

According to Newsweek, the Western Conservative Summit is considered to be the largest gathering of conservatives in the western US.

Speaking to Express.co.uk in May, Mr Dolan felt it was unlikely Donald Trump would run again for the presidency. 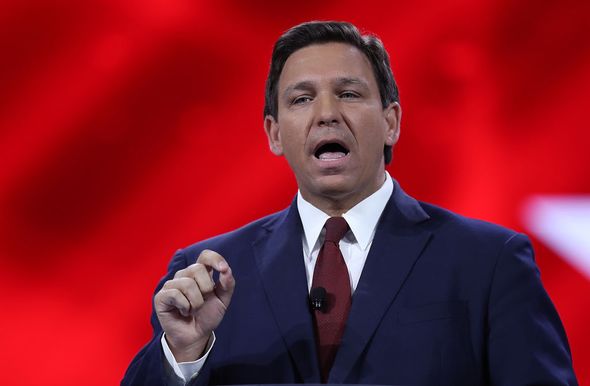 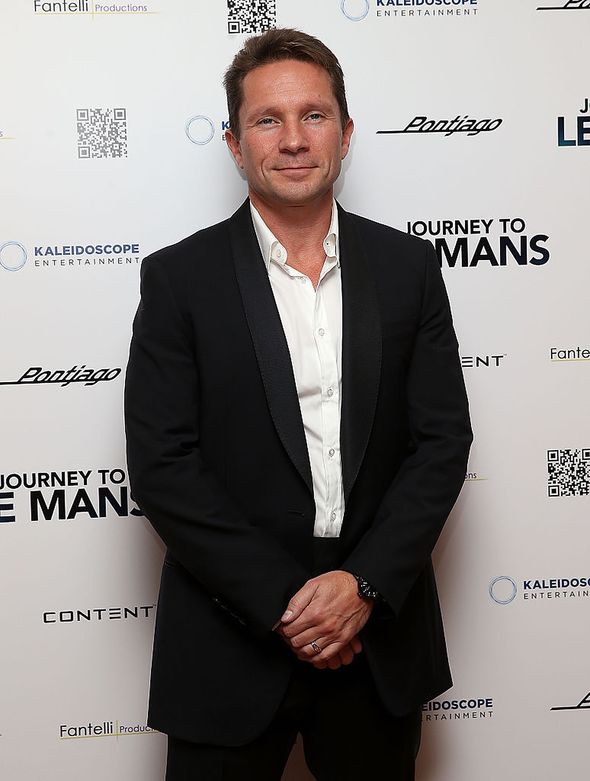 “I think that would kill him, possibly literally.”

Mr Dolan opined the GOP are likely to take back the House and the Senate in the 2022 midterm elections.

He further predicts Mr DeSantis will run in 2024 and win.

“If he’s running against Kamala Harris then he’s certainly going to win,” he said.

“It’s difficult to see who else would run on the Democrat side assuming Biden is not still president by then but I don’t think anyone still seriously believes that.

“[Biden’s] obviously on the decline, he’s obviously got something wrong with him.”