DONALD Trump is conducting an investigation into whether COVID-19 ‘escaped’ from a laboratory in Wuhan, the President has confirmed. Speaking at a press conference on Wednesday, Donald Trump said his government was doing a very ‘thorough examination’ into what had happened. However, when asked if he had raised the subject in conversations with Chinese President Xi Jinping, he said: “I don’t want to discuss what I talked to him about the laboratory.

“I just don’t want to discuss it. It’s inappropriate right now.” The US intelligence community believed that the Wuhan lab may have accidentally developed the strain while working on bat diseases. On the NBC show yesterday, US Secretary of Defence Mark Esper spoke about the researchers findings so far. 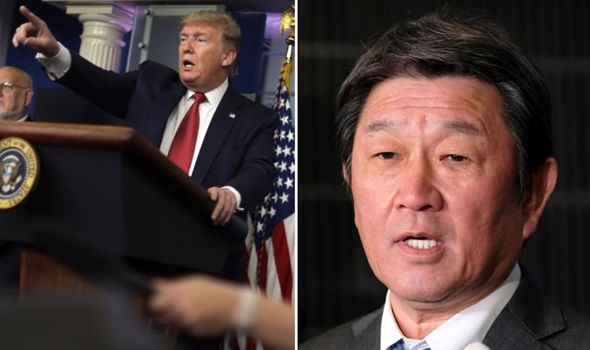 He said: “This is something we’ve been watching closely now for some time.”

Results have so been “inconclusive”, he said.

Another US official was quoted as saying: “It’s a possibility, though not the most likely possibility.”

Yesterday, in his latest press conference the President reiterated that he was ‘not happy with China’ or the World Health Organisation for how they had handled their response to the virus. 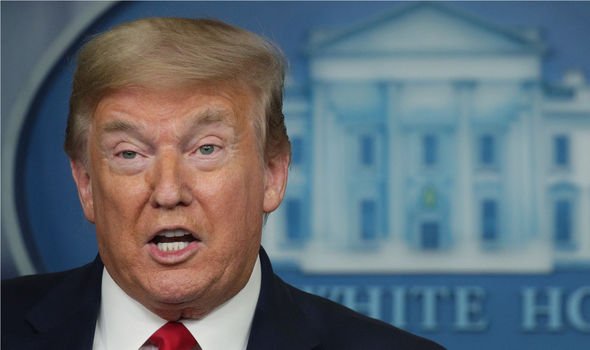 He said: “I spoke to [China]and this could have been shut down a long time ago, and they knew it, and we couldn’t get in, and in all fairness World Health couldn’t get in.

“And this is why I wish they took a different stance. They took a very

“They didn’t report what was happening inside of China.”

Suspicions that China has not been transparent about the outbreak has grown in recent days, with the President expressing scepticism about China’s previously declared death figure of about 3,000. 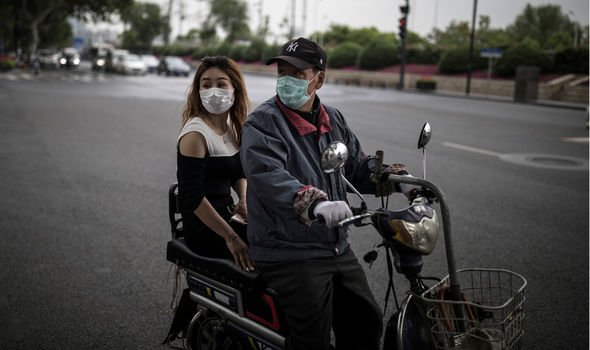 France’s Emmanuel Macron has said there is no evidence the new coronavirus is the work of a research laboratory in Wuhan, the epicentre of the outbreak.

However, researchers in the UK and United States and other countries are looking at all possibilities to establish the source of the deadly virus.

President Trump has been a vocal critic of both China and the WHO, and has even gone as far as halting the United States’ payments to the organisation.

He has repeatedly claimed the outbreak could have been contained at its source and spared lives, had the UN health agency done a better job investigating reports coming out of China.

According to the agency’s website, America contributed nearly $900 million (£711 million) to the WHO’s most recent yearly budget.

The Governor of Washington has criticised the President for the language he has used in discussing ending the lockdown in America.

The move came after Trump tweeted “LIBERATE” Minnesota, Michigan and Virginia in an apparent endorsement to ending lockdown in the Democrat governed states.

Governor Jay Inslee tweeted that the president’s statements ‘encourage illegal and dangerous acts. He is putting millions of people in danger of contracting COVID-19.”

Trump has found himself in the centre of a row with state governors over lifting restrictions, after initially claiming it was his decision as to when the country would begin easing social restriction guidelines.

He has now said he will leave it to individual state governors to determine the right time and manner to revive activity in their states.