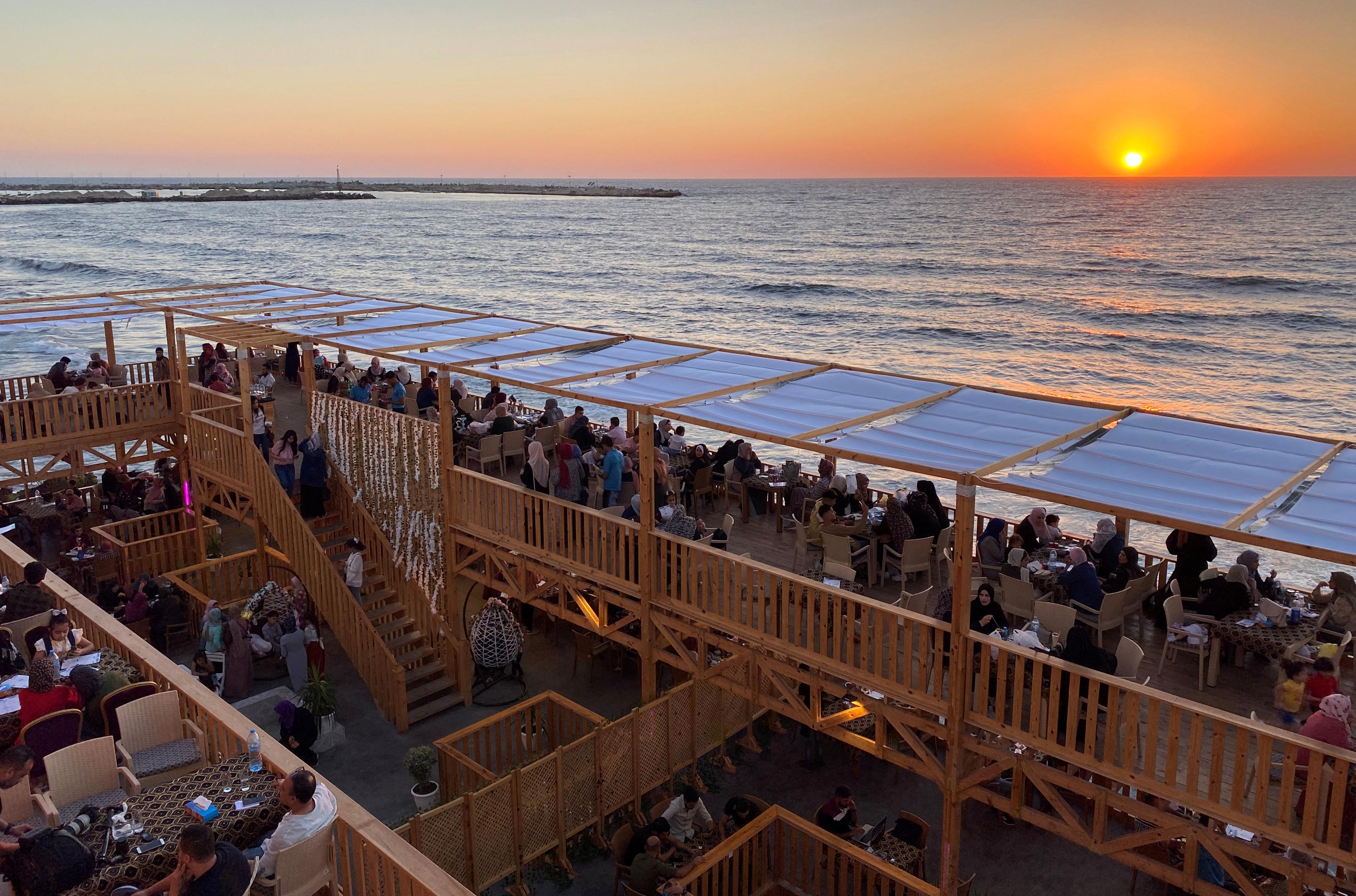 GAZA (Reuters) – Mediterranean waves crash below patrons snacking on freshly-caught fish at the “Maldive Gaza” cafe, offering a glimpse of paradise to Palestinians confined to the blockaded strip.

The new three-storey restaurant, protruding 15 metres over the rocky shoreline, also features the tropical juice drinks typical of the distant Indian ocean island after which it is named.

Many of Gaza’s 2 million Palestinians have never left the 360 sq km (140 sq mile) enclave, which Israel and Egypt have largely blockaded for years citing security concerns over its Islamist rulers Hamas.

“The people of Gaza can’t go to the Maldives, so we said to ourselves: Why don’t we bring the Maldives to them?” said Emad Al-Bayya, co-owner of the cafe, which seats 1,200 and which he hopes to expand.

It is one of several new seaside cafes bearing the names of dream travel destinations, Marbella, Dubai and Sharm el-Sheikh among them.

They offer a brief window onto a more exotic life to people “who have been subject to wars, pressures and blockades”, said Rola Al-Agha, one of hundreds of patrons packed into “Maldive Gaza” on a pleasantly breezy evening last week.

Gaza has had no COVID-19 cases among the general public, and there are few curbs on social interactions.