Four of Ecuador’s jails saw unprecedented and bloody violence this week, in confrontations that were described by the South American country’s government as “concerted action by criminal organisations”. Now the death toll from the violence has reached 79, including 18 prisoners who were found dismembered at one jail. Police are now preparing to re-enter one jail and use “necessary rational force” as another mutiny has been reported.

Government Minister Patricio Pazmino said the riots were “a concerted action by criminal organisations to generate violence in the country’s prisons.”

Mr Pazmino also said the government and police are taking steps to take back control.

Police and troops have since descended on detention centres in the Ecuadorian cities of Guayaquil, Cuenca and Latacunga.

Read More: Russia riots: Why are people angry at Putin in Russia? 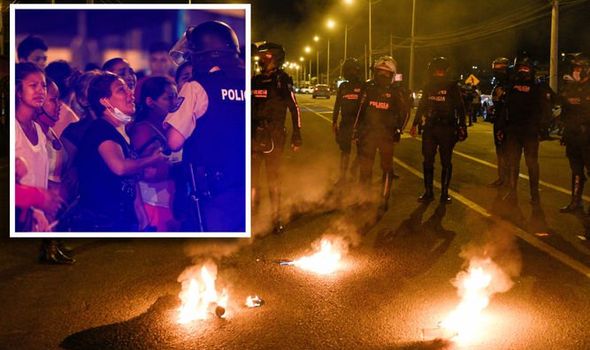 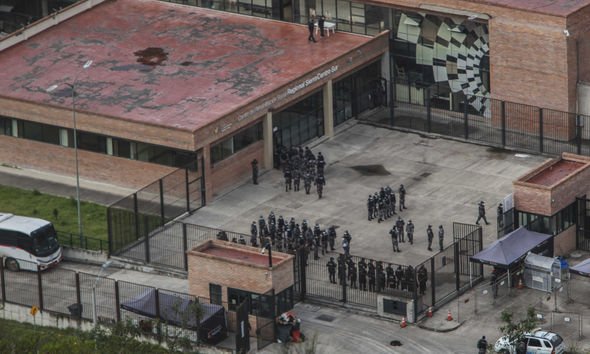 One of the causes of the violence is believed to be a fight for leadership inside the prison system following the death of a high profile gang member.

In December a leader of Los Choneros, considered the system’s most powerful gang, was killed in a shopping centre several months after being released.

President Lenin Moreno has pledged to control prison violence in Ecuador and had previously declared the prison system in a state of emergency.

Confrontations between criminal gangs in prisons across the country are commonplace. 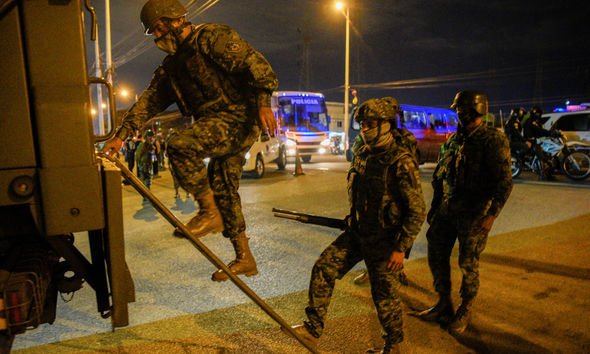 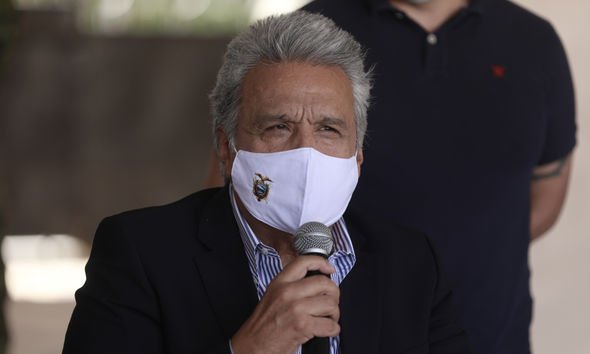 The state of emergency was called in 2019 following a span of incidents that killed 24.

Prisons in South America have long been described as among the deadliest in the world.

Prison authority SNAI said all those killed in Tuesday’s rioting were prisoners, and first reports put the death total at 50.

This later rose to 62 and now to 79 in the most recent report.

Official data shows another dozen inmates and police were injured.

A statement from the authorities read: “Thanks to the actions carried out between this institution and the National Police, the situation … is under control.”

However once more an outbreak of violence was confirmed at Guayaquil’s prison in what has been dubbed a new mutiny.

The head of Ecuador’s national police said police were preparing to enter the jail again “with necessary rational force.” 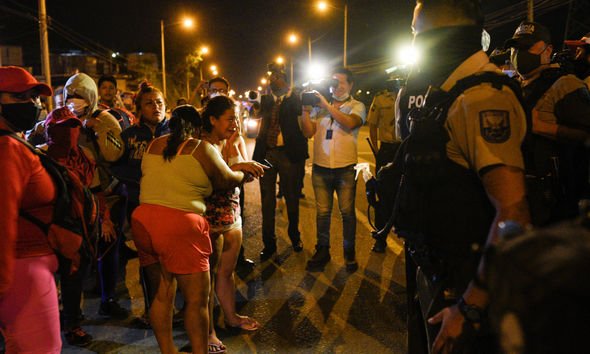 SNAI confirmed the new riot on Twitter and said its agents were coordinating with Ecuador’s national police but gave no further details.

Ecuador’s prosecutor’s office started an investigation into the riots, saying in a statement it had found 18 dismembered bodies in one of the prisons.

Relatives of inmates have been waiting outside the prisons hoping for information about their loved ones.

In a televised address, President Lenin Moreno acknowledged the prison system was overpopulated by around 30 percent and lacked proper funding and personnel.

Mr Moreno dubbed the crackdown as a record for the Andean country.

Addressing the riots the President said on Wednesday: “What happened yesterday is not causal, it was organised from outside the prisons and internally orchestrated by those who dispute leadership and drug trafficking throughout the national territory,”

“What happened yesterday is not a coincidence, it is a consequence.”

He added he would seek international help in the country’s fight against organised crime.