CAIRO (Reuters) – Egypt will halt all air traffic at its airports from Thursday until March 31 to prevent the spread of coronavirus, Prime Minister Mostafa Madbouly said on Monday. 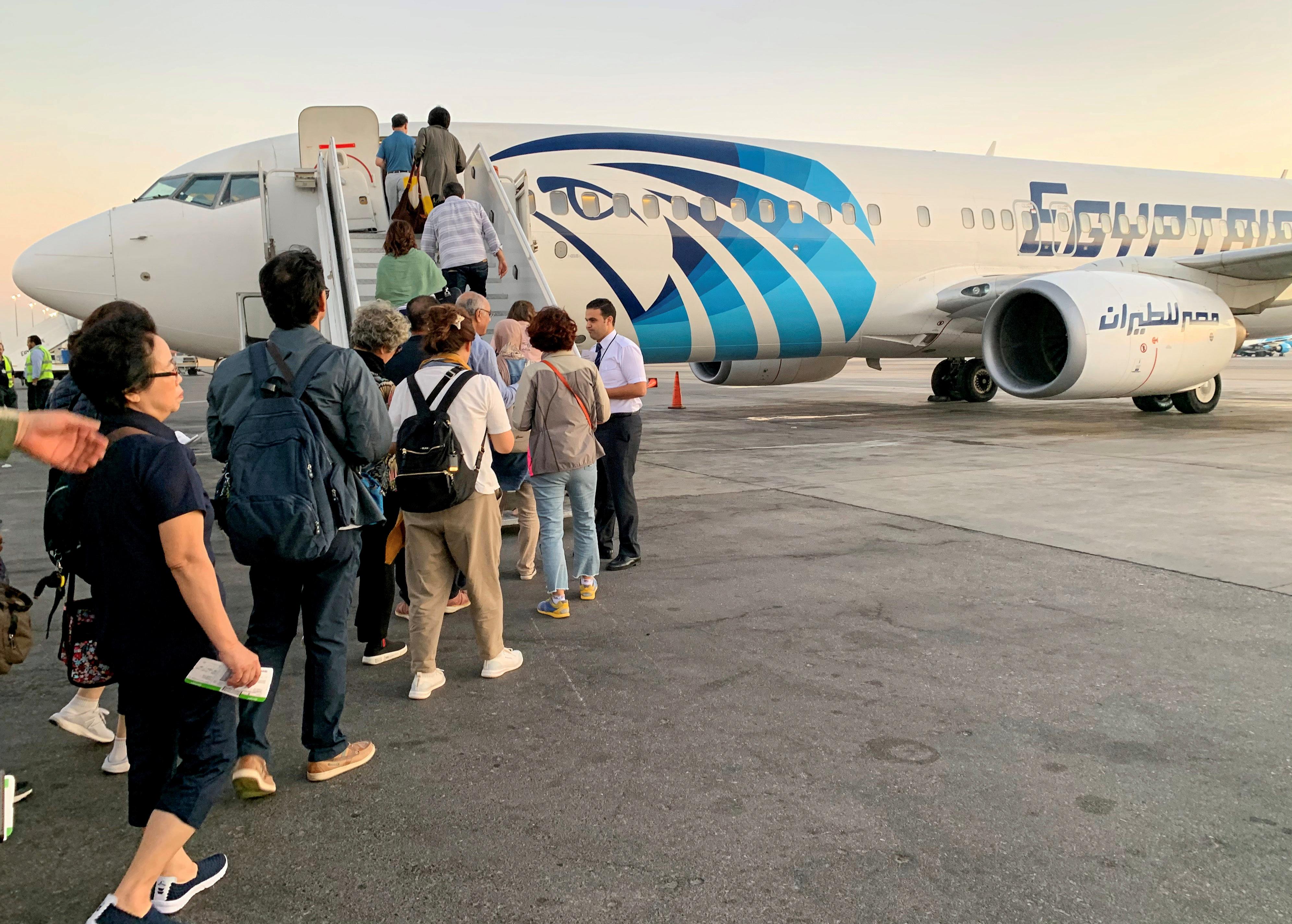 Egypt will sanitize hotels and tourist sites during the closure, he said in a news conference, adding that tourists now in the country would be able to complete their vacations.

Madbouly said Egypt’s strategic reserves of key commodities would last for months and there was no need for people to stock up.

He said local firms in the aviation sector would suffer losses of 2.25 billion Egyptian pounds ($143 million) due to the latest measures. The last plane allowed to depart would leave on Thursday, March 19, at noon.

Tourism is a key sector for the most populous Arab country. Tourism revenue rose to a record high of $12.57 billion in the financial year that ended in July.

Revenue continued to rise in the July-Sept quarter, the latest data published by the central bank, to $4.19 billion, the country’s best quarter ever.

Egypt closed schools and universities for two weeks on Sunday to prevent the spread of coronavirus. The number of cases rose to 150, information minister Osama Haikal said on Monday, up from 126 reported by Sunday. Two people have died.

Analysts have hailed Egypt for reforms tied to a $12 billion loan program with the International Monetary Fund agreed in 2016, which included devaluing the currency by about half, cutting energy subsidies and introducing a value-added tax.

Analysts say the spread of the virus makes Egypt, with its large tourism industry, vulnerable. A global trade downturn could also hurt Suez canal revenues, which came to $5.7 billion in 2019.

Lower oil prices will likely be neutral, since Egypt’s bill for hydrocarbon imports, at $15.5 billion, is virtually equal to what it earns from exports, mainly natural gas.

Worker remittances worth $25 billion annually could fall if Gulf countries, the biggest employer of expatriate Egyptians, scale back projects.