Turkish president in Brussels for talks with EU and NATO leaders after tensions at Greek border over fate of refugees.

Turkey’s President Recep Tayyip Erdogan has demanded more support from his NATO and European Union allies over the war in Syria as fighting rages in Idlib, and a refugee crisis unfolds at the Turkish-Greek border.

Erdogan flew to Brussels for talks with EU and NATO leaders after tensions rose over the fate of tens of thousands of refugees trying to enter EU-member Greece since Ankara said last month it would no longer try to keep them on its soil.

After talks on Monday with NATO Secretary-General Jens Stoltenberg, Erdogan said he wants Turkey’s Western partners to do more to support his country to cope with millions of refugees from Syria.

“The crisis stemming from Syria, with its security and humanitarian aspects, is threatening our region and even all of Europe,” Erdogan said. “No European country has the luxury to remain indifferent.”

Thousands of people have massed at Turkey’s land border with Greece since Erdogan’s government made good on a long-standing threat and announced it would no longer prevent them from crossing.

The president made the move after dozens of Turkish troops were killed in intensifying fighting in Syria’s northwestern region of Idlib amid a government offensive – backed by Russian airpower – to recapture the last rebel stronghold in the nine-year war.

“We expect concrete support from all our allies in the fight that Turkey has been carrying out alone … NATO is in a critical period during which it needs to clearly show support,” Erdogan told reporters standing alongside Stoltenberg.

EU countries have rallied behind Greece, which is also a NATO member, and described it as a “shield” protecting Europe’s borders.

They have urged the Turkish leader to halt refugee and migrant departures and negotiate a new deal under which EU members would do more to alleviate the humanitarian situation on the Syrian border.

“The events at the Greek-Turkish border clearly point to politically motivated pressure on the EU’s external border,” the head of the European Commission, Ursula von der Leyen, said before talks with Erdogan.

“Finding a solution to this situation will require relieving the pressure that is put on the border.”

Turkey hosts more than 3.5 million Syrian refugees, and Erdogan has demanded that Europe shoulder more of the burden of caring for them.

Erdogan was due to hold talks with EU leaders Charles Michel and von der Leyen, who are expected to insist that Turkey adhere to the EU-Turkey refugee agreement of 2016.

The 2016 agreement stipulates that Ankara will prevent undocumented migration towards the EU. In return, the 27-nation bloc promised six billion euros ($6.8bn dollars) to care for Syrian refugees in Turkey.

Al Jazeera’s Natasha Ghoneim, reporting from the Turkish city of Erdine on the border with Greece, said: “Erdogan had been asking NATO to give Turkey support on the battlefield, and that is something he is likely to bring up during his meetings with NATO and EU leaders.

“Analyst say they do not expect him to simply resume abiding by that 2016 agreement with the European Union for billions of dollars in exchange for strict control at the borders. They say Erdogan wants to see the EU doing more than just providing financial assistance.”

Erdogan had already given NATO a list of 10 requests, including greater air support on the Turkish-Syrian border, more reconnaissance aircraft, surveillance drones, and more ships in the eastern Mediterranean, according to diplomatic sources.

On Monday, Stoltenberg said the alliance was already supporting Turkey and would continue to do so.

Stoltenberg also highlighted Turkey’s front-line role as a NATO member, saying: “No other ally has suffered more from terrorist attacks, and no other ally holds more refugees.”

He said NATO support would continue but expressed “great concern” about events on the Turkish-Greek border. “The issue of migration and refugee flows is a common challenge that requires common solutions,” he said.

European leaders are considering taking in 1,500 child refugees to ease pressure on overwhelmed camps on Greek islands facing a new wave of arrivals from Turkey.

Von der Leyen said there was no immediate concrete offer of new funding to revive a deal with Turkey to keep refugees from Syria and beyond.

“We will restart the dialogue,” she said, adding there would be “considerable discussions in the next few days and weeks”.

Ankara has repeatedly accused the bloc of not fulfilling promises made in 2016 as Europe suffered its worst refugee crisis since World War II when one million people fled to the continent in 2015. 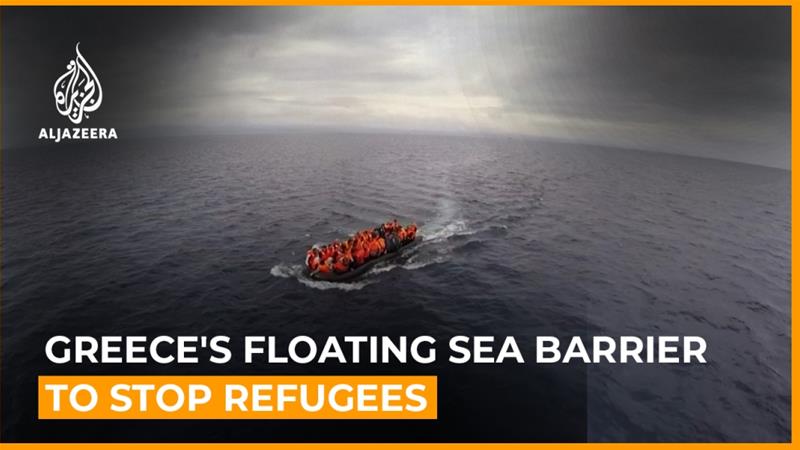