ADDIS ABABA (Reuters) – Silence gradually replaced the screams around Dejene Degefa as his fellow travelers suffocated one by one inside a locked metal container. He struggled to stay conscious but finally passed out, only waking to the sounds of rescue.

Dejene was one of only 14 people rescued alive from the back of a truck on the Malawi-Mozambique border on March 24. Police found 64 bodies inside.

“I was beating sides of the container; I was even beating people near me,” said 18-year-old Dejene. “I knew that others are dying, and I felt in my heart that I was dying too.”

He and the other survivors were taken to hospital and then an immigration centre in Mozambique, where they were held for weeks before being repatriated to Ethiopia by the International Organization for Migration, a United Nations body that helps governments and migrants.

Desperate to see their families, the group had to undergo 14 days in quarantine until they tested negative for COVID-19. Dejene spoke to Reuters the day they were released.

Dejene and his friends decided to escape poverty at home by seeking jobs abroad on the so-called “southern route”, which takes migrants to South Africa rather than Europe.

He said the migrants had balked at crowding into the small container to make the border crossing, but smugglers lashed out, forcing the desperate group inside.

A woman fainted in the hot dark within 15 minutes, he said. Panic spread quickly; a mass of arms and legs flailed out. He was kicked, passed out and woke up with a body on top of him.

Dejene’s friend Mulugeta, 19, told Reuters how he had helped save the group by beating on the side of the truck when he heard voices at a checkpoint. When the doors spilled open, he carried the unconscious Dejene outside.

“When I opened my eyes … I saw was a cloudy sky and that is how I knew that I was alive,” Dejene told Reuters. 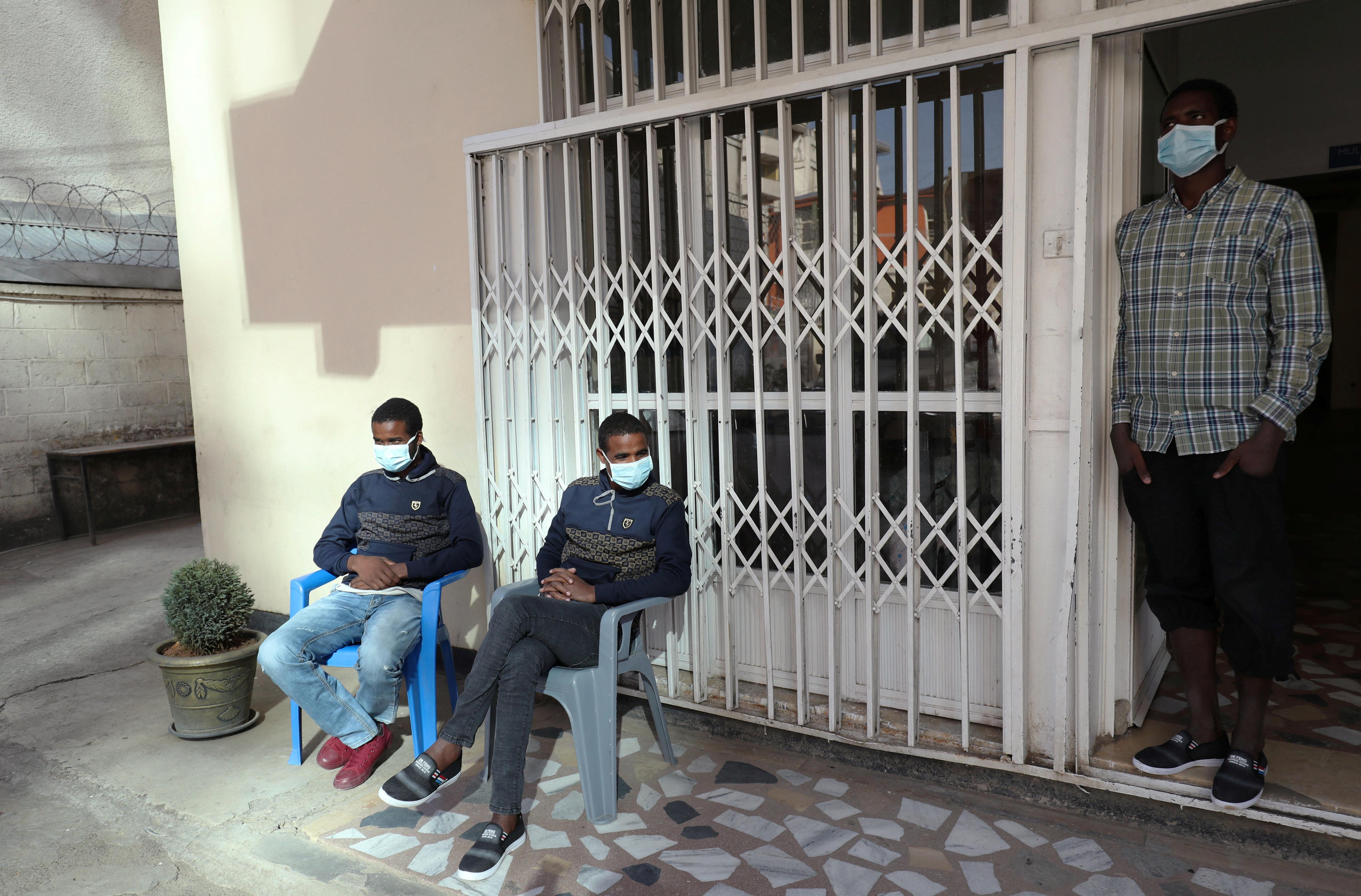 A fifth-grade drop out from Ethiopia’s southern region, he’d left his village in September 2019 with 3,000 birr ($90) and an identification card. Dejene will never try to go back to South Africa, he said. All he wants is to see his family.

“I would rather beg to feed myself than go back,” he said. “I wish I could hug everyone I know but given the current circumstance, I only can greet them from afar.”