In July, European Commission President Ursula von der Leyen presided over a deadlock regarding the bloc’s economic response to the coronavirus pandemic. The bloc only managed to reach an agreement two days later than anticipated after arduous negotiations. Leaders reached a historic agreement for a £675billion coronavirus pandemic recovery fund on the summit’s fifth day after tense disagreement. Dutch Prime Minister Mark Rutte had provided the strongest opposition to the plans on the table — which were said to have argued for a cap of £316billion worth of grants — preferring loans of strict conditions.

The recovery fund had originally set £450billion to be handed out as grants and £226billion in loans.

Catherine De Vries, professor of political science at Bocconi University, told the Financial Times that Mr Rutte was trying to show his Dutch voters at home he was “fighting for their interest”.

She added: “The Dutch have always been difficult in EU budget negotiations, but now there is the feeling that they are really punching above their weight.”

Ever since Brexit saw the UK leave the bloc, the Netherlands has stepped into the shoes of Britain to argue for a smaller common budget and a less stringent single market. 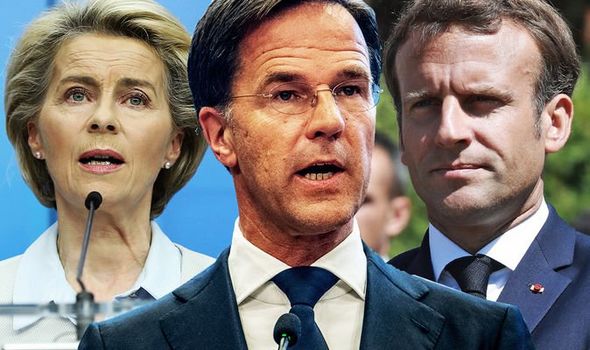 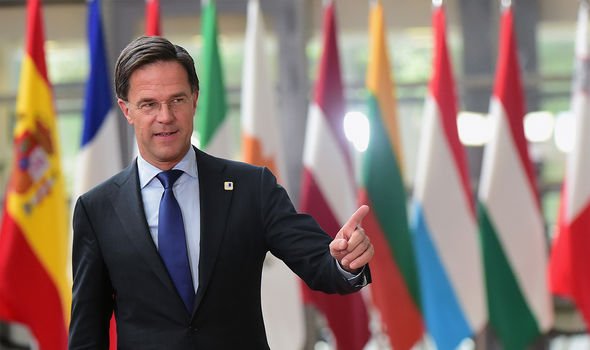 An EU diplomat revealed at the time that the Dutch stance in the talks had rubbed other leaders up the wrong way.

They said: “The Dutch have never cared about having a pretty face in these talks. They come to Brussels to defend their national interest.

“They irritate many because their bluntness can be seen as arrogance.”

An agreement was eventually reached, but not without hostility.

As tempers flared during the small hours, Mr Macron banged his fist on the table, saying he was ready to walk out if “sterile blockages” continued. 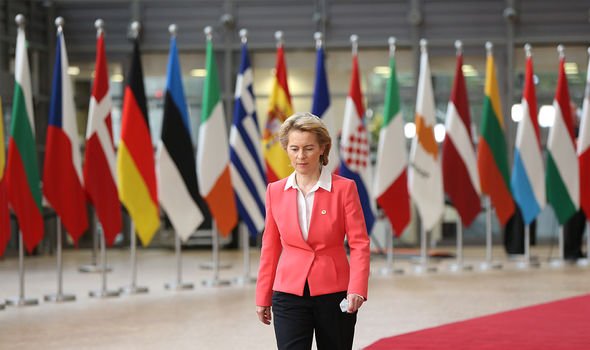 Ms von der Leyen said the negotiations, lasting more than 90 hours, had been “worth it” and that the EU could not be accused this time of doing “too little, too late”.

While the bloc celebrated its breakthrough, the EU’s image has still been marred by failings throughout the pandemic.

Mr Leonard said last month: “Across Europe, most people think the EU has failed to live up to its responsibilities during the pandemic. 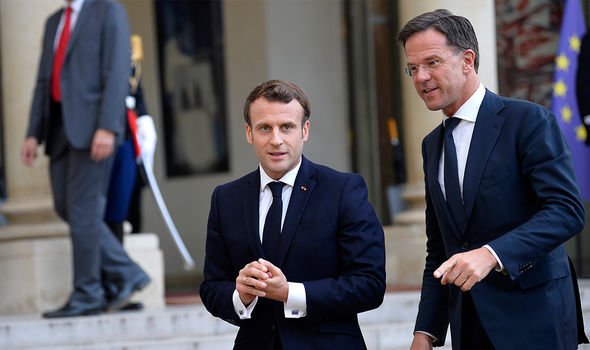 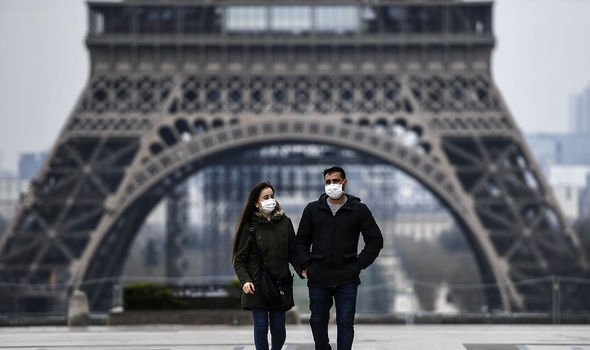 “There is no appetite for a United States of Europe or further institution-building in Brussels.

“However, COVID-19 has taught them how alone Europeans are in the world. Faced with an existential threat, large majorities across the continent realised that no one was there to help them – not the EU, international institutions, or Europe’s allies.

“Yet at the same time, with unsentimental logic, most citizens across the EU country now understand that only through cooperation within the EU can they avoid getting swept away by pandemics, bullying countries, and climate change.

“Without enthusiasm, they have concluded that in a world of an aggressive China and Trump’s America, there is no alternative to European power.”