EU Commission Vice President Joe Borrell said the bloc is considering launching a training mission for the Ukrainian Armed forces. The High Representative of the EU for Foreign Affairs and Security Policy revealed the news at a university event in the northern Spanish city of Santander.

The news comes as new blasts resounded in the Russian-annexed Crimea peninsula on Saturday and a Russian missile hit a residential area of a southern Ukrainian town not far from a nuclear power station, wounding 12 civilians, Russian and Ukrainian officials said.

That strike at the Pivdennoukrainsk (South Ukraine) nuclear station and fresh shelling near the Zaporizhzhia station, Europe’s largest such facility, prompted new fears of a nuclear accident during the war, Ukrainian officials said.

In Crimea, Ukrainian territory seized and annexed by Russia during a 2014 incursion into Ukraine, the Russian-appointed governor not recognised by the West said a drone had struck a building near the headquarters of Russia’s Black Sea Fleet on Saturday morning.

“A drone flew onto the roof. It was flying low,” governor Mikhail Razvozhayev said on Telegram. “It was downed right over the Fleet headquarters. It fell on the roof and burned up. The attack failed.” 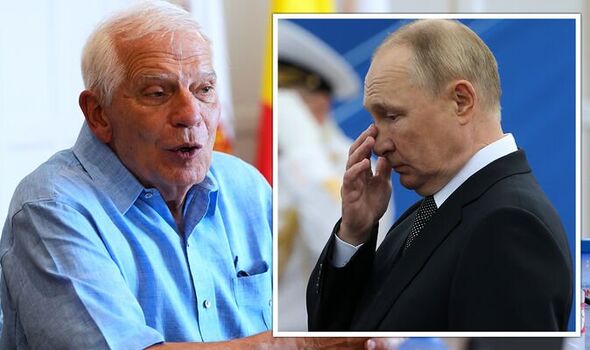 Razvozhayev issued a new statement on Telegram in the evening, saying the region’s anti-aircraft system had again been in operation and asking residents to stop filming and disseminating pictures of how it was working.

Ukrainian media reported explosions in nearby towns – including the resorts of Yevpatoriya, Olenivka and Zaozyornoye.

Explosions and fires have struck Crimea in the past week, including a blast at a Russian air base that appeared to destroy large numbers of aircraft, according to satellite photos.

Ukrainian officials have made no comment. Analysts have said the attacks were made possible by new equipment used by the Ukrainian army and predicted more would occur.

President Volodymyr Zelensky referred obliquely to the incidents in Crimea in his nightly video address, saying there was anticipation in the peninsula ahead of next week’s 31st anniversary of Ukrainian independence from Soviet rule.

“You can literally feel Crimea in the air this year, that the occupation there is only temporary and that Ukraine is coming back,” he said.

READ MORE: Another Russian base up in smoke after explosion – Putin reeling

Following the strike near the South Ukraine power station, Vitaliy Kim, governor of the Mykolaiv region, said on Telegram that four children were among the wounded. Private homes and a five-storey apartment block were damaged in Voznesensk, 30 km (19 miles) from the plant, Ukraine’s second largest.

The general prosecutor’s office in the Mykolaiv region, updating an earlier toll, said 12 civilians had been wounded.

State-run Energoatom, which manages all four Ukrainian nuclear energy generators, described the attack on Voznesensk as “another act of Russian nuclear terrorism.”

“It is possible that this missile was aimed specifically at the Pivdennoukrainsk Nuclear Power Plant, which the Russian military tried to seize back at the beginning of March,” Energoatom said in a statement.

Russia did not immediately respond to the accusation.

Russia and Ukraine traded fresh accusations of shelling around the Zaporizhzhia station, held by Russia since March. 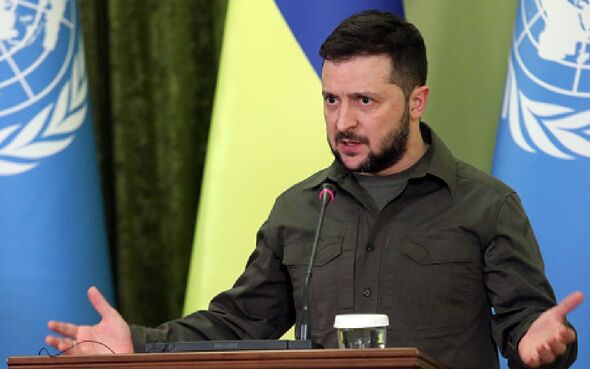 Vladimir Rogov, a Russia-appointed official in the nearby town of Enerhodar, said Ukrainian forces had launched at least four strikes on the plant. Yevhen Yetushenko, mayor of the Ukrainian-controlled Nikopol on the opposite bank of the Dnipro River, said Russian forces had repeatedly shelled the town.

Talks have been underway for more than a week to arrange for a visit to the plant by the U.N. nuclear power agency, the International Atomic Energy Agency.

Ukrainian authorities have called on the United Nations and other international organisations to force Russian forces to leave the Zaporizhzhia plant.

And in Mariupol, a town in eastern Ukraine controlled by Russia after weeks of shelling, officials said the new Russian-appointed mayor, Konstantin Ivashchenko, had survived an assassination attempt.

“It didn’t work,” Petro Andryushchenko, an official of the ousted city council, said on Telegram. “But this is only the beginning.”