Yesterday, French firefighters battled giant wildfires which have destroyed over 60 square miles of dry pine forest over this past week.

Over 25,000 people have been placed in emergency shelters in the Gironde region, a coastal area west of Bordeaux, which is a popular holiday hotspot due to its beaches and campsites.

Théo Dayan, 26, who had to flee his home near the village of La-Teste-de-Bunch said: “We’re climate change refugees.”

The fires are being caused by the current heatwave in Europe which has surpassed 40C (104F) across the continent and caused hundreds of deaths.

However, temperatures in France are expected to continue to rise as experts state the mercury is set to skyrocket to 44C.

Around 1,700 firefighters across France have been deployed to battle the Gironde blaze.

David Brunner, one of the firefighters, said: “It never stops.

“In 30 years of firefighting, I have never seen a fire like this.”

Since Tuesday, wildfires have destroyed the pine forest of Dune du Pilat.

The area is a popular tourist destination and is known as Europe’s highest sand dune.

Local authorities have said tourists have had to flee alongside locals, with people staying in temporary shelters set up in gymnasiums or recreational centres. 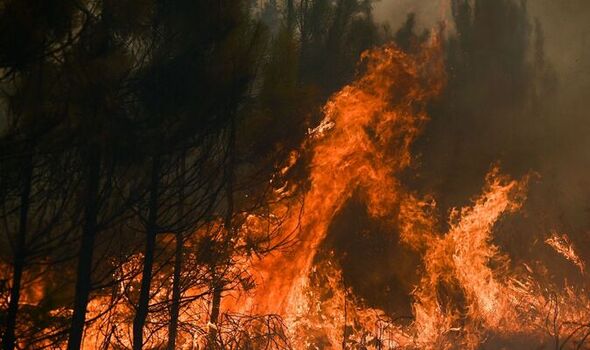 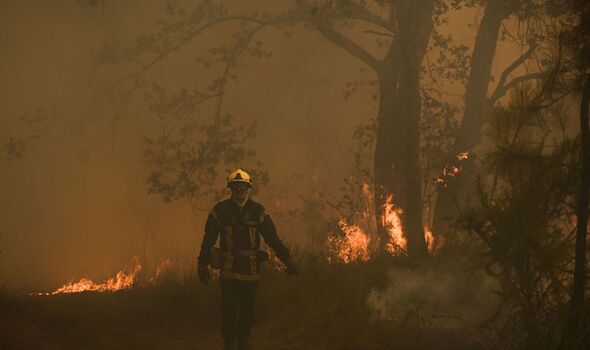 Mac Vermeulen, a fire chief in Gironde, said: “Every afternoon, the fire explores and takes back all the ground that we gained overnight or in the morning, that’s gruelling.”

However, he added that firefighters “are going to hold”.

He says the fires have become difficult to contain as temperatures have soared and unpredictable winds have scattered embers onto the pine forests.

Meteorologist François Gourand added: “In some southwestern areas, it will be a heat apocalypse.”

The French government has announced it will be sending three more firefighting planes, 200 firefighters, and more firetrucks to help the firefighters. 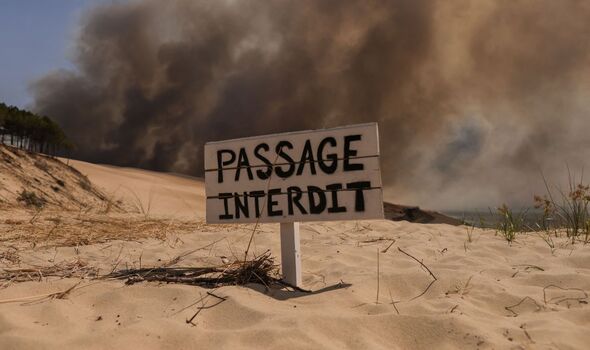 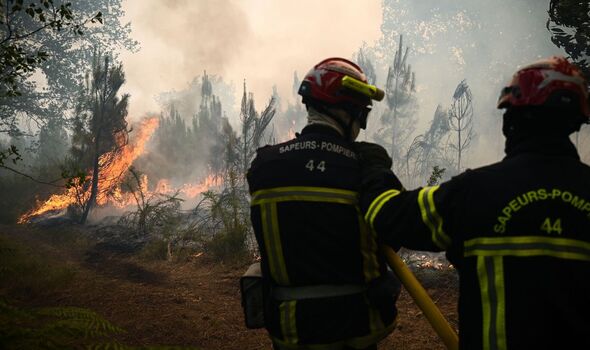 The wildfires have affected other areas of France, as the Bassin d’Arcachon Zoo has also been forced to close down and evacuate its animals.

The Zoo is expected to relocate 800 animals, with other zoo veterinarians being sent across the country to help.

There is concern toxic smoke clouds could reach the area and harm the animals.

Firefighters have set up a command centre in the zoo’s parking lot but the fire has not yet reached the zoo.

The zoo said in a statement today: “All means are being implemented to evacuate the maximum number of animals starting today.” 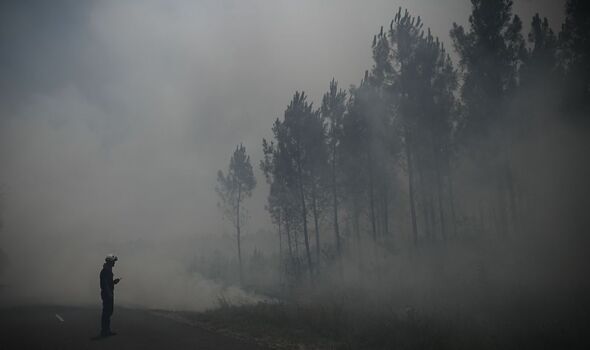 Thousands of people outside have also been forced to flee as wildfires have been reported in Spain, Portugal, and Greece.

In the town of Pinhão in northern Portugal, temperatures have been reported as high as 47C last week.

The heatwave has hit across Europe, with Britain expected to have its hottest day on record in 19 years.

The Met Office has issued its first “red alert” due to the heat, warning that the record-breaking temperatures will put healthy people at risk.

Nikos Christidis, a Met Office scientist said: “For the first time ever we are forecasting 40C in the UK.”

Mr Christidis has said there is a link between human-induced climate change and the likelihood of more heatwaves occurring in the future.

He added that the chance of the UK reaching 40C “could be ten times more likely in the current climate than under a natural climate that would not be affected by human influence”.