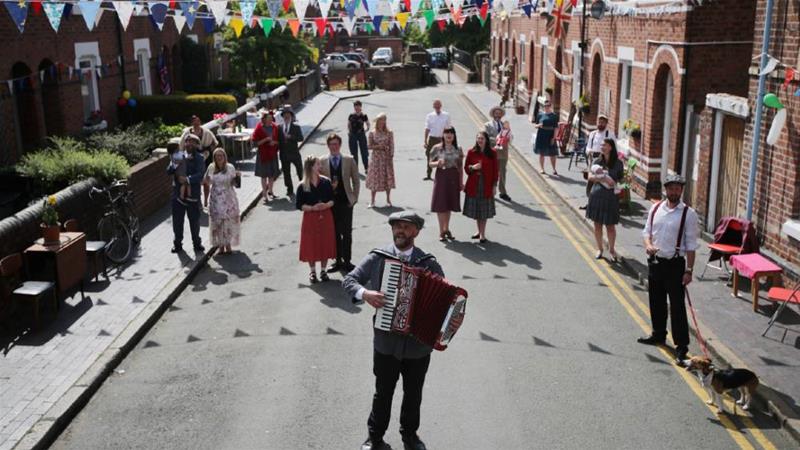 On May 8, 1945, by arrangement of United States General Dwight D Eisenhower, the commanders in chief of the three branches of the German military were flown from Flensburg, the northern town where Adolf Hitler’s successor and his allies had been attempting to form a new administration, to Berlin.

They were brought to the headquarters of the Soviet military administration in the suburb of Karlshorst. Just a month earlier, the building had been a German officers’ mess hall. Hitler had killed himself in his bunker eight days previously, and across Europe, pockets of the German army were waving the white flag and handing themselves over to the Allied forces.

The commanders were kept waiting until 10pm, when the Allied delegation arrived and presented them with the details of Germany’s unconditional surrender. The document was signed in the hours that followed.

The defeat of Nazi Germany sparked celebrations across Europe and beyond. In central London, more than a million people packed the streets to hear Prime Minister Winston Churchill declare the end of the war in Europe. It was dubbed Victory in Europe Day – VE Day.

A full 75 years later, the United Kingdom’s Queen Elizabeth II – who herself was moving through those crowds incognito that day – reminded her nation of the spirit from which to be drawn while facing today’s global challenges, and how the outlook that seemed bleak at the start of the war may still resonate.

“The end distant, the outcome uncertain,” she said, in a rare televised address on Friday. “Never give up, never despair – that was the message of VE Day.”

The 94-year-old monarch said those who had served during the conflict with Nazi Germany would admire how their descendants were coping with the lockdown imposed to curb the spread of coronavirus.

“When I look at our country today and see what we are willing to do to protect and support one another, I say with pride, that we are still a nation those brave soldiers, sailors and airmen would recognise and admire,” she said.

Elizabeth, a teenager when the war broke out, learned to drive military trucks and worked as a mechanic while serving in the women’s Auxiliary Territorial Service. She was in Buckingham Palace when it was bombed in September 1940.

Another 626 people who had contracted coronavirus lost their lives in the UK in the 24 hours to Thursday, with the country having the highest death toll in Europe. But though the virus is far from beaten, Britons were encouraged on Friday to open their doors and enjoy the company of their neighbours in the streets outside their homes – albeit at a distance. Many took the opportunity to hang flags and bunting and bake massive cakes.

After a week of mixed messaging about the likelihood of restrictions being lifted next week, social media was awash with images of people flouting lockdown rules.

In France, where the daily coronavirus death toll rebounded to 243 on Friday after a previous day’s total of 178, President Emmanuel Macron held the traditional wreath-laying ceremony at the Tomb of the Unknown Soldier.

He also visited the Paris statue of General Charles de Gaulle, who led the Free French Forces during the war from London after his country had been invaded by Germany in 1940.

Commemorations in France were scaled down, with the threat posed by coronavirus deemed too risky to gather veterans of the conflict together, reported France 24. 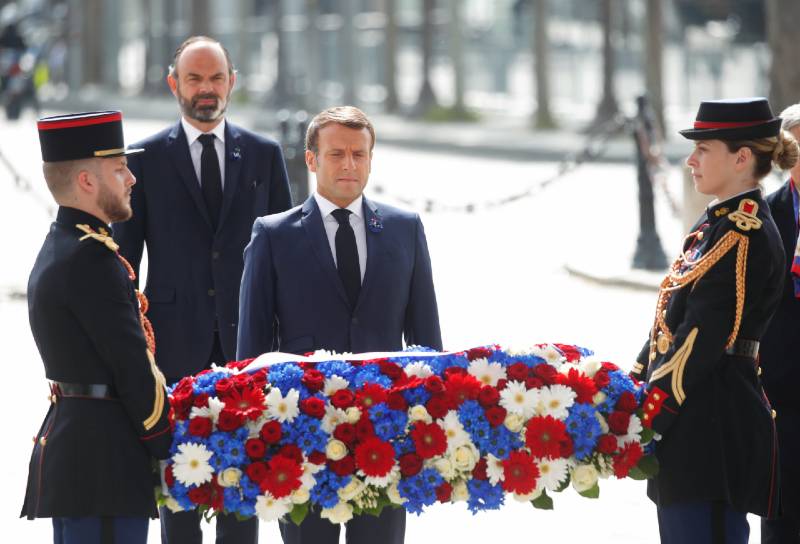 The Kremlin said on Friday that Johnson and Putin had also spoken by phone, congratulating each other on the anniversary of the allied victory and expressing a readiness for dialogue and cooperation on bilateral issues.

Ties with London remain badly strained over the poisoning of a former Russian spy and his daughter in England.

Russia usually marks Victory Day on May 9, as the official time of the signing of Germany’s surrender on that night 75 years ago was after midnight in Moscow.

In Germany – where Nazism, the Holocaust and the devastation of war still shape identity and politics – Chancellor Angela Merkel and President Frank-Walter Steinmeier laid wreaths at Berlin’s Memorial to the Victims of War and Dictatorship.

Merkel also had a phone call with Trump, a spokesperson said.

“Both commemorated the millions of victims and the immeasurable suffering caused by the war unleashed by Nazi Germany,” the spokesman said. “They agreed that it was important to keep the memory of the war and its horrors alive.”

Merkel emphasised the special importance of US support for Germany after the war, and the deep ties between the two countries that subsequently developed, the spokesman added.