TOKYO (Reuters) – Japan’s former defence minister, Shigeru Ishiba, on Monday declined to say if would run in the ruling party leadership race to succeed Prime Minister Shinzo Abe, though opinion polls show he would be the public’s choice to become the next premier. 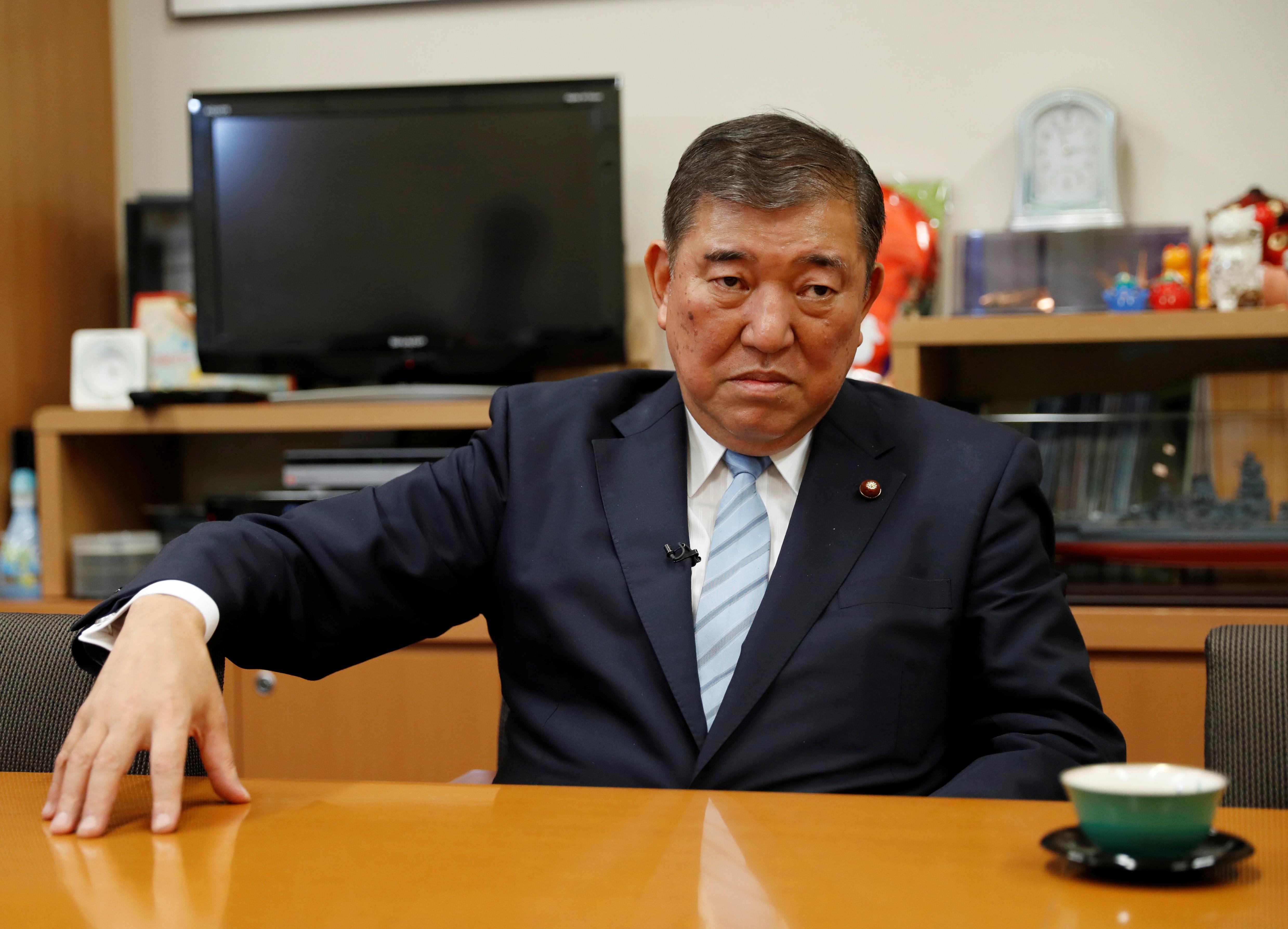 Abe, Japan’s longest-serving premier, said on Friday he was stepping down due to the worsening of a chronic illness, setting the stage for a leadership election within his Liberal Democratic Party.

The LDP president is all but guaranteed the premiership because of the party’s majority in the lower house of parliament.

“I’m not going to tell you whether I will run or not,” Ishiba told Reuters in an interview.

He criticised party executives for leaning toward adopting a slimmed-down election format limited to lawmakers and representatives of local chapters due to the coronavirus crisis and tough national security environment.

He said limiting the vote stood in contradiction to the LDP’s “sales talk” aimed at increasing party members focused on the promise that “you too can choose the next LDP president.”

A rare LDP critic of Abe, Ishiba said the “Abenomics” stimulus policy was not sustainable although he saw no need to drastically change the current policy, including monetary easing, “for the time being.”

“The current economy has been backed by corporate tax cuts, zero interest rates, yen weakening and sluggish wages, but I don’t think such a policy is sustainable,” Ishiba said.