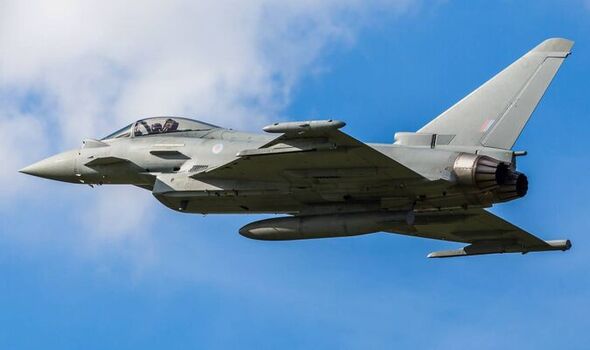 Former British military pilots who were lured by Beijing to coach Chinese aviators did not share classified information with them, a foreign flying academy has said. The statement from the Test Flying Academy of South Africa (TFASA) comes after it was previously named as a headhunter of British staff for members of the China’s People’s Liberation Army.

Up to 30 former pilots including some Royal Air Force (RAF) veterans are said to have been involved in the training, in exchange for salaries of up to £240,000.

On Tuesday the TFASA said it had been in contact with the Ministry of Defence (MoD) for “many years” and the department is “fully aware of the nature of the company’s business”.

The school, which trains pilots and engineers from countries around the world, said: “All training aspects and material are strictly unclassified, and provided either from open source or the clients themselves.

“No training involves classified tactics or other information, nor any frontline activities.”

TFASA added that “none of its trainers are in possession of legally or operationally sensitive information relating to the national security interests of any country, whether those from where its employees are drawn or in which it provides training”.

And it says it has never actively recruited tutors directly from individuals serving in the armed forces of any NATO country and that the majority of its employees join from contractors like BAE Systems and airlines.

It added: “Having consulted UK lawyers, TFASA strongly believes that its actions, and those of its employees, do not contravene any UK laws.”

The Defence Intelligence service put out a &quot; threat alert&quot; last week to warn personnel against approaches amid fears efforts are intensifying as tension between the West and China grows.

And Armed Forces minister James Heappey said the Government will make it illegal to work for foreign militaries once the alert is issued.

Mr Heappey said the situation is “deeply uncomfortable” but stressed approaches to pilots are not illegal.

It is thought China is attempting to modernise its military by driving standards towards those of Nato, with a strong focus on fast jet tactics and techniques.

All the pilots have experience flying fighter jets, including Typhoons, Jaguars, Harriers, and Tornados, with Beijing using them to develop an understanding of how Western planes and pilots operate.

“All serving and former personnel are already subject to the Official Secrets Act, and we are reviewing the use of confidentiality contracts and non-disclosure agreements across defence, while the new National Security Bill will create additional tools to tackle contemporary security challenges – including this one.”