A city councillor in Namibia’s capital has alleged she was offered a bribe by a local politician to ensure Chinese tech giant Huawei would win an exclusive contract to build the 5G telecommunication network in Windhoek.

Brunhilde Cornelius made the allegations in an affidavit that was filed with police on June 19 and has been obtained by Al Jazeera’s Investigative Unit.

Cornelius, who is also the secretary-general of the opposition Rally for Democracy and Progress Party (RDP), alleged the bribe was offered by Nicanor Ndjoze, a fellow RDP member who is the party’s director of elections.

Ndjoze was allegedly working on behalf of his nephew, Reckliff Kandjiriomuini, otherwise known as “Minge”, the head of the ICT division of the City of Windhoek (COW).

The allegations come months after Namibia was rocked by several corruption scandals sparked by the so-called the Fishrot files, revelations that saw two government ministers – the former Minister of Justice Sacky Shanghala and the former Minister of Fisheries Bernhard Esau – resign after a joint investigation by Al Jazeera, WikiLeaks and Icelandic media.

Shanghala and Esau have been in detention since late November 2019, pending trials for corruption, money laundering and fraud.

In the affidavit, Cornelius claims that Ndjoze referred to a 40 million NAD ($2.4m) slush fund available for potential beneficiaries of the deal that would give Huawei exclusive rights to develop the infrastructure for a 5G telecommunication network.

Following her opposition earlier this year to the signing of a Memorandum of Understanding (MoU) between the COW city council and Huawei, Cornelius claims she was offered 5-6 million NAD ($300,000 – $360,000) to drop her objections and allow the city council to approve the signing of the MoU.

Have a tip for the Al Jazeera Investigations team? Contact us using Whatsapp or Signal on +974 5080 0207 or find out how to anonymously get in touch with us on our Tips page

According to Cornelius, Ndjoze told her on May 12 she could receive the payment in exchange for dropping her opposition to signing the MoU with Huawei. Ndjoze allegedly told Cornelius the deal with Huawei was spearheaded by his nephew.

Kandjiriomuini allegedly enlisted Ndjoze’s help, knowing that he was a member of the same political party as Cornelius, to persuade her to accept the bribe and allow the MOU to be signed, according to Cornelius.

There is no evidence Huawei has any knowledge of these events.

Cornelius states in the affidavit that following Ndjoze’s alleged offer, she reported the attempted bribery to the police, who equipped her with hidden recording devices for future meetings with Kandjiriomuini and Ndjoze.

The affidavit explains how the following day, on May 20, Kandjiriomuini requested a meeting with Cornelius and Ndjoze. Picking her up from the COW municipality, Ndjoze drove Cornelius to a petrol station at the edge of town. En route, Ndjoze informed Cornelius that “local guys who we can trust” would set up a joint venture with Huawei.

Cornelius describes how Ndjoze told her to “relax” and that she was in “good hands” after Cornelius let him know she was scared to participate in such a scheme given the backlash caused by Al Jazeera’s Fishrot expose.

Surveillance footage obtained exclusively by Al Jazeera confirms that Ndjoze arrived at the petrol station with Cornelius at 16:44 local time, about 10 minutes after Kandjiriomuini. Ndjoze and Kandjiriomuini are seen having a discussion outside the car, before Kandjiriomuini steps into Ndjoze’s car, and they drive off. 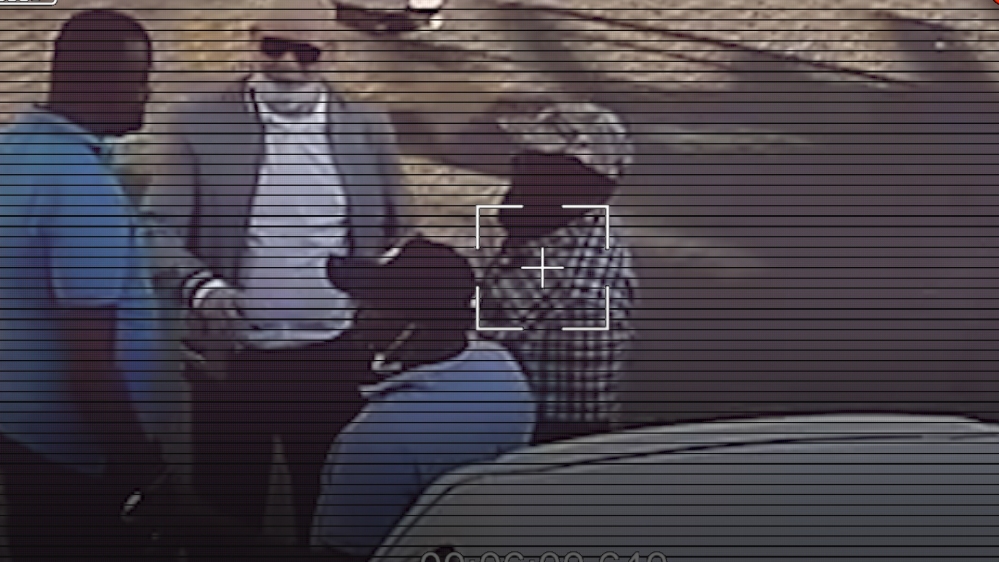 The three then headed to the discreet Eagle’s Beer Garden on Windhoek’s Avis Reservoir. Cornelius described Kandjiriomuini and Ndjoze as being cautious to avoid anyone observing their meeting. During the conversation, Kandjiriomuini told Cornelius everything they discussed should be treated confidentially, that he was the driving force behind the planned deal with Huawei, and that the deal would be “to the benefit of all of us”.

According to the affidavit, when Cornelius asked directly when she should expect to receive her money, Kandjiriomuini responded that it would come when the MoU was signed and the project began.

Cornelius claimed the meeting with Ndjoze and Kandjiriomuini was covertly recorded using equipment hidden in her hat and undergarments as part of the investigation by the police. Al Jazeera was not able to independently verify the existence of the recording.

Kandjiriomuini said in a written statement to Al Jazeera: “There is no evidence of any recording in which I informed Ms Cornelius of any individuals benefiting from the Huawei project” and claimed that Cornelius had reasons for misrepresenting the position.

“I deny her false allegation.”

Ndjoze did not respond to Al Jazeera’s request for comment.